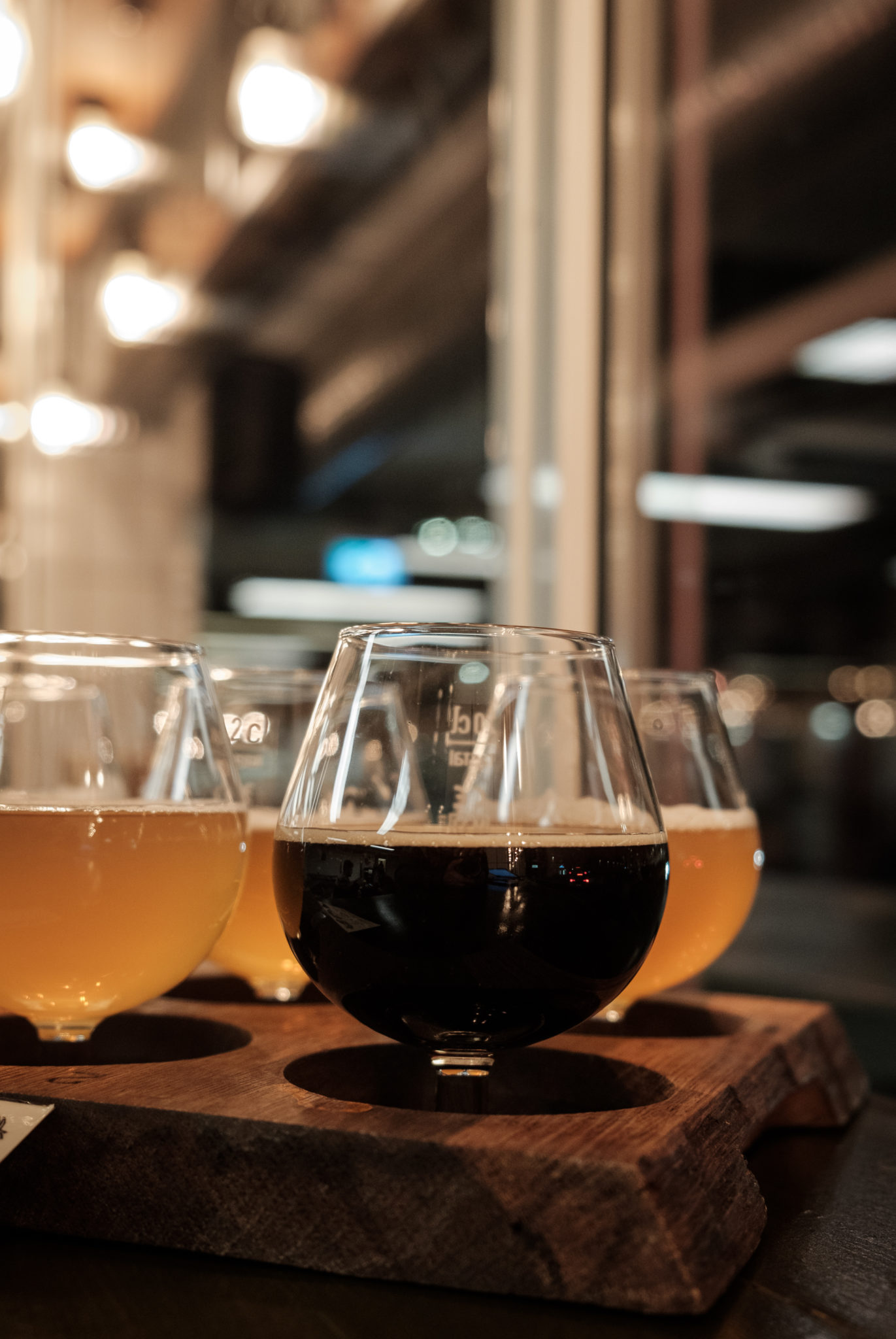 I walked west. The cold Zealand winter sent an icy breeze over the famed Nyhavn canals. Fishing trawlers and masted schooners bobbed in the water under the shadows of the colorful homes and businesses that lined the canals. I passed along the tracks that met at Copenhagen’s Central Train Station, a brick and stone goliath bustling with commuters and travelers. When I finally turned off the busy main thoroughfare I found myself on narrow streets of cobblestone, a preserved slice of old Copenhagen. I knew my objective was close. 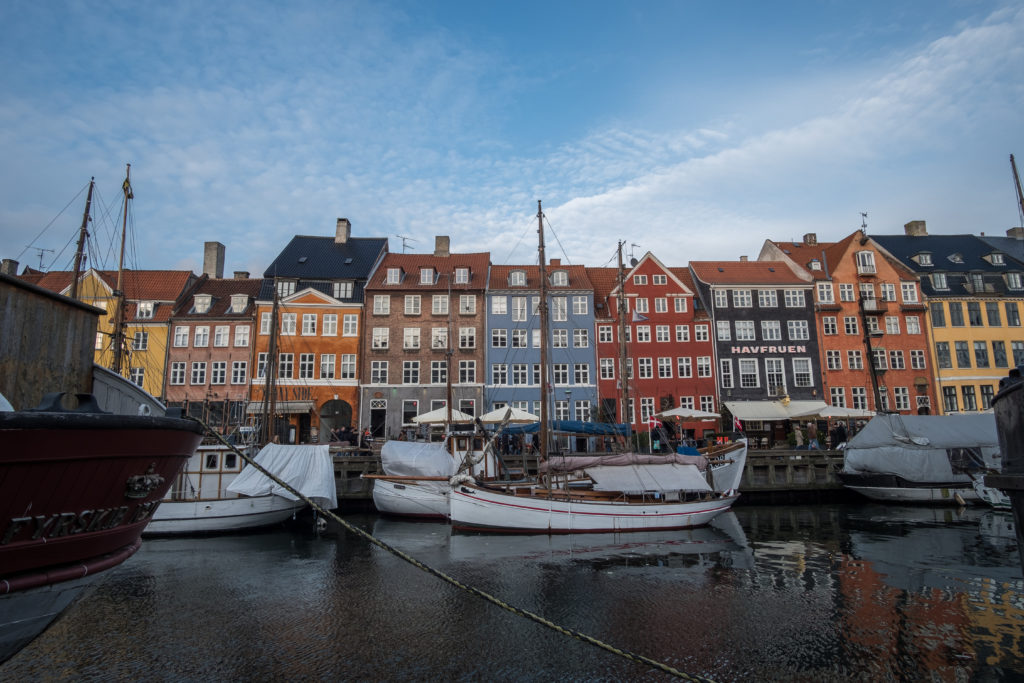 Long warehouse style blocks crowded narrow cobbled alleyways. Industrial sized loading platforms stood in contrast with art galleries, corner cafes, and studios. Gazing up at some of the signage I was met with images of pigs, cows, strip steak and cleavers. I had entered Kodbyen, literally translated from Danish as “meat town,” the area has long served as Copenhagen’s meatpacking district. I swung the door to my destination. An establishment worthy of the cross city trek: WarPigs Brewpub.

WarPigs is no ordinary brewpub, a collaboration between two powerhouses of the craft beer world it pushes the creative envelope and combines great beer and food in the vibrant heart of one of Scandinavia’s most eclectic cities. American brewery 3 Floyds and Danish brewery Mikkeller have teamed up to create a brewpub, mixing up exclusive and original brews combined with genuine Texas American BBQ. Its location in the center of Kodbyen couldn’t have been more perfect, the pub’s logo of a boars head and skull fit right in with the iconography of the meat district. 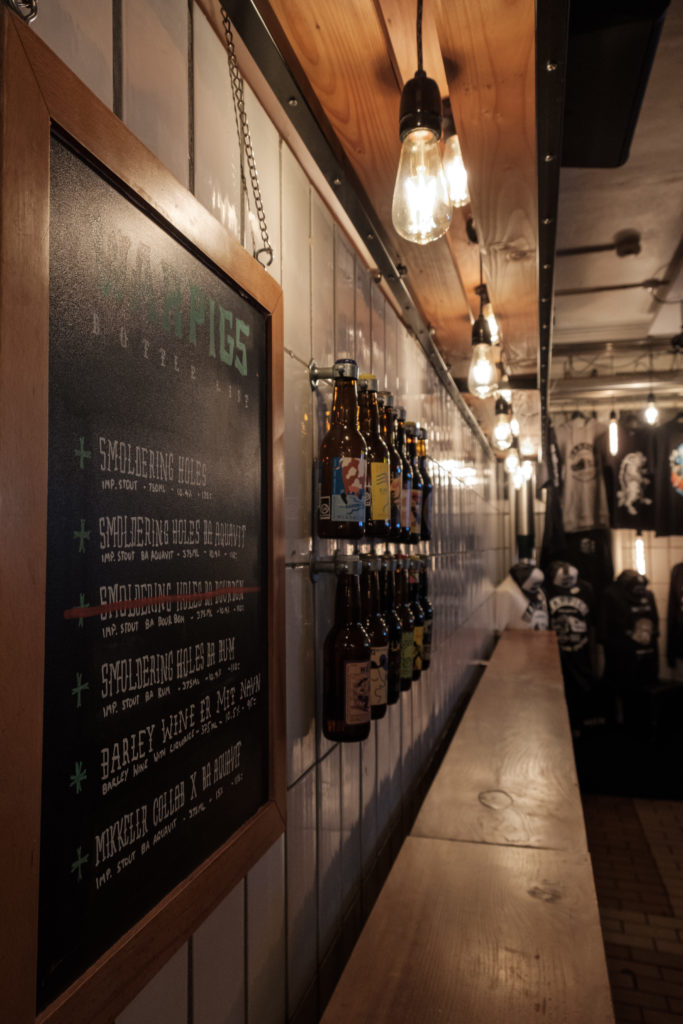 As I passed through the threshold the blast of cold air was replaced with a blast of heavy metal music. Anyone who has visited 3 Floyds in Munster, Indiana will be met with a familiar soundtrack.  Longtime fans of the genre, the American brewery is intertwined with the metal scene and much of the brewery’s décor is inspired by heavy metal album artwork.

Walking past long benches and swivel stools, under low hanging Edison bulbs and through a BBQ aroma of the nearby kitchen I stepped up to the wrap around bar. Behind the bar I found the smiling face of, Charlie. Under a head of blonde hair she greeted me with an Australian accent and immediately pointed me towards WarPigs elaborate menu. A constant upkeep of 22 beers on tap. 6 house flagships supplemented with 14 rotating experiments.

The haze craze has reached overseas with Wheezin’ the Juice. A New England Style hazy IPA, it combines a full body of fruity flavor with subdued bitterness and a modest ABV, at 6.3%. Its cloudy character and smooth mouthfeel puts this hazy in the running with the best of them back stateside. Ken Lee’s Revenge is a heavy hitting imperial stout. A rich chocolaty malty profile is backed up with a blurred vision inducing 11% ABV. The finish is dominated by the addition of maple syrup balancing things out with a touch of sweetness. 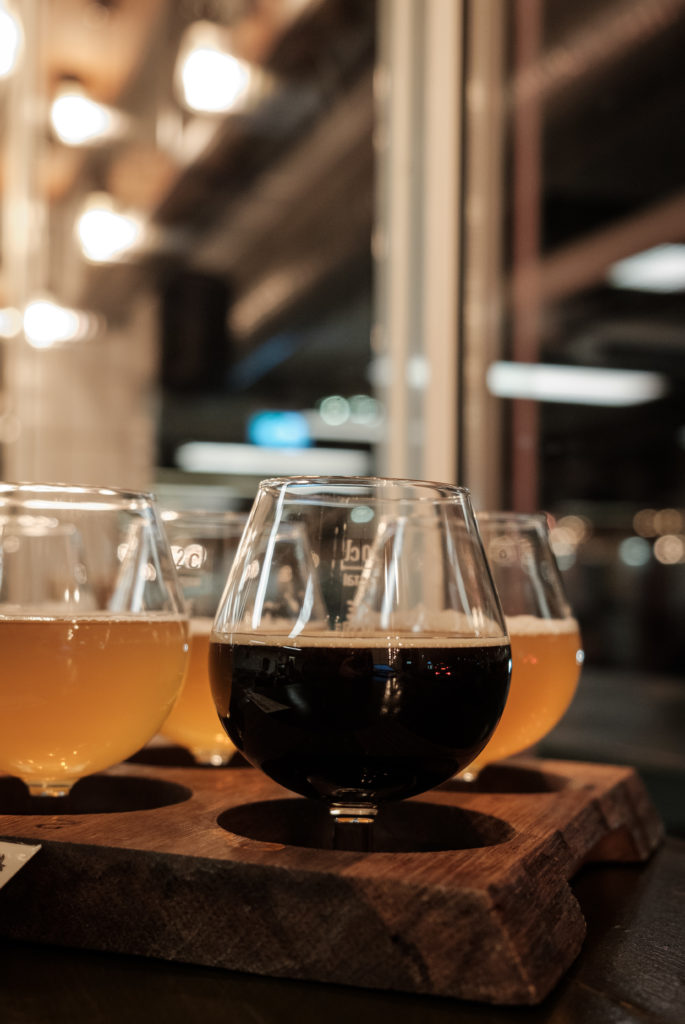 On the sour side of things Gose(t) is a traditional style gose. Light and crisp it packs notes of passionfruit and citrus with a tart finish. Look for variations of this one brewed throughout the year with watermelon and peach. At Charlie’s recommendation I tried Flight Mode next. An American style pale ale it was deep orange and slightly cloudy in color. Initial flavors pack a powerful and citrusy hop punch. The finish was balanced and crisp with the malts toning down the forward hop flavor.

Two front running world class breweries like Mikkeller and 3 Floyds would not settle for just a great beer experience. Housed within WarPigs Brewpub is arguably some of the best BBQ you can get in Europe. Brisket, pork shoulder, ribs and links are all smoked in house for 12-14 hours. The aromas drifting from the kitchen make your mouth water. Master Chef Andrew Hroza brings accolades from cooking on Hell’s Kitchen to being the personal chef for band’s Slipknot and Van Halen. You may be an ocean away from Texas in Europes frozen North but the BBQ here is just as good.

I sat at the bar munching on wings and sipping beer. On the far wall two neon signs burned bright. One the winged skull logo of 3 Floyds, the other the twin cartoon personages of Mikkeller. Outside Copenhagen nightlife was abuzz. People moved beneath the warehouses and former slaughterhouses to the now chic bars and restaurants. Giant motifs of cows and pigs looking down from the billboards. 3 Floyds and Mikkeller had certainly created a unique project in a unique city. Copenhagen and WarPigs seemed made for each other.

As I settled up my tab I asked Charlie what brought her here from abroad.

“You know I just came here on a bit of a holiday.” she said, putting the check in from of me.

“Fell in love with the city, came in for a beer, and just kind of never left.” she laughed.

Who could blame her? 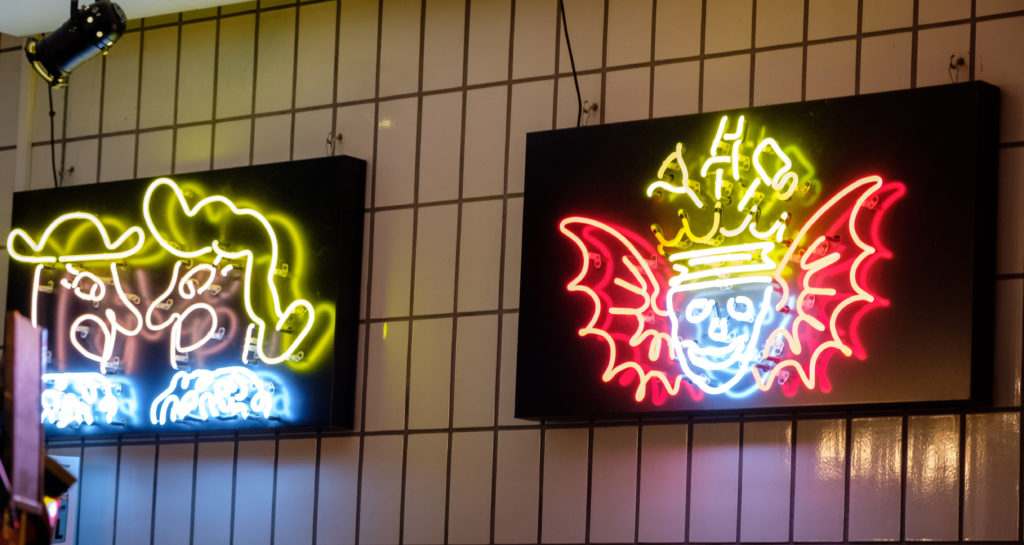