Paving the Way With Beer at Three Weavers Brewing Company 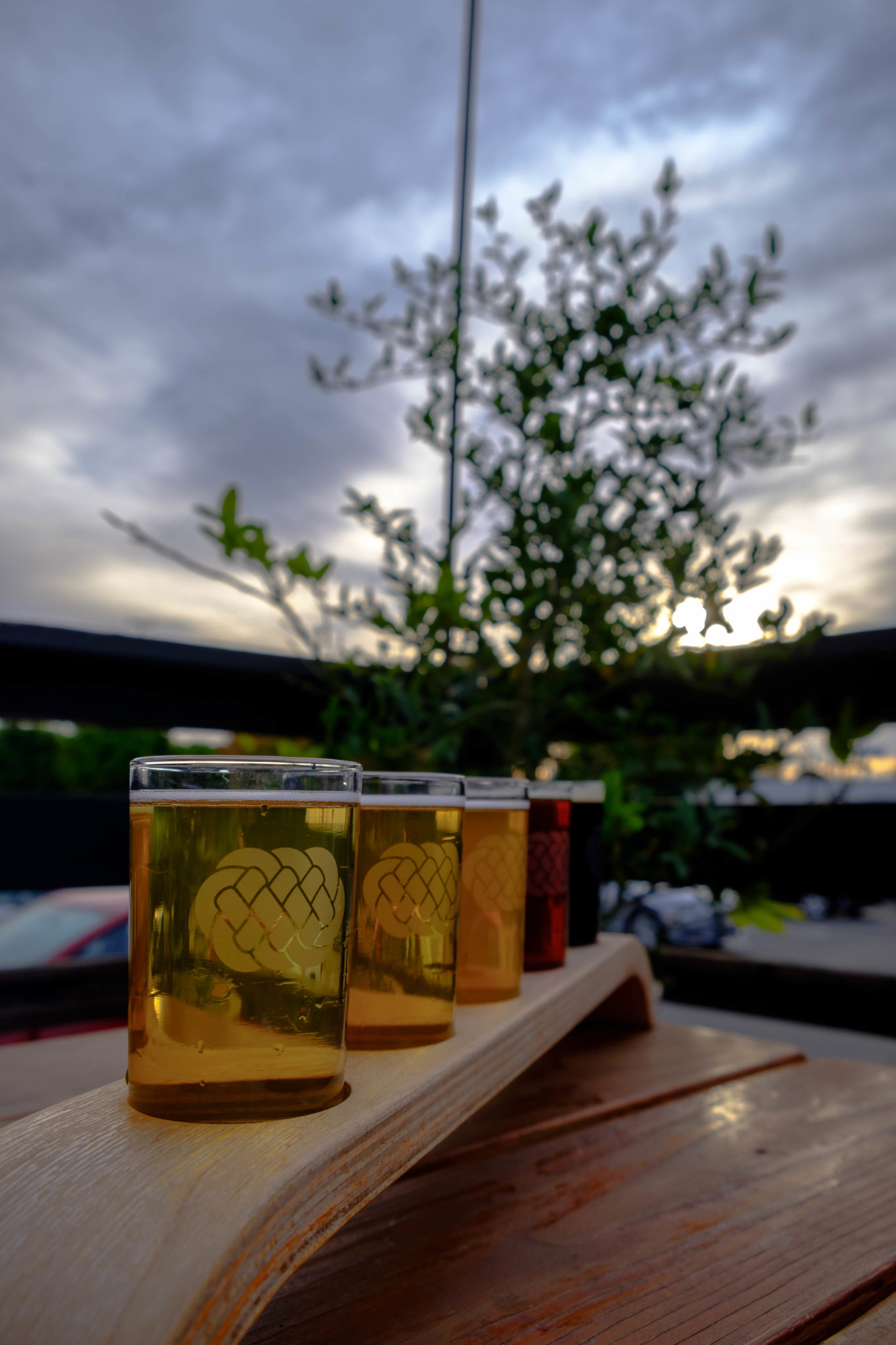 The sky was ablaze above Inglewood. Bright crimson and pink hues lit the horizon as the sun sank out of sight into the Pacific Ocean. Climbing a short set of wooden steps I stood on the deck of Three Weavers Brewing Company. Long strands of dimly lit bulbs criss crossed over my head. Long benches covered the patio next to large potted citrus plants bearing plump orange fruit. Walking through the open garage style door I headed towards the taproom’s bar. It was my first trip to the Los Angeles area. My first brewery in the city and sprawling suburbs that made up the metropolis. It would turn out Three Weavers was the perfect place to start. 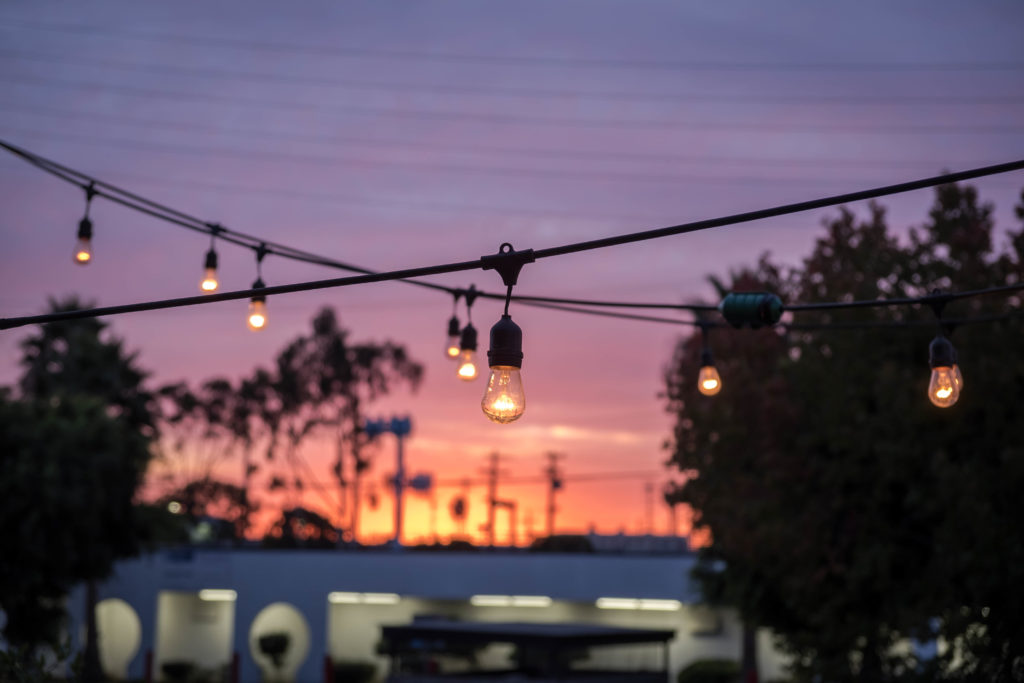 Born in 2013, the brainchild of Lynne Weaver, the financial and economic mastermind turned homebrewer. Writing up a top notch business proposal she pitched her idea for the ultimate brewery through the popular crowdfunding platform, Kickstarter. Where many other outsourced startups failed, Three Weavers generated a massive following and support base. Lynne’s proposal and longterm plan was detrimental to the breweries inception but she didn’t do it alone.

Alexandra Nowell served as Lynne’s right hand and creative beer braniac. A decorated brewer in the California craft scene Alexandra had previous brewed under the banners of Sierra Nevada and Kinetic Brewing. Bringing her perfected recipes to muster and her creative ingenuity, Alexandra combined her brewing prowess with Lynne’s business savvy to create an irresistible brewery proposal.

Besides combing their great passion for good beer the two women spearheaded their brewery idea with a philosophy centered around a sense of social togetherness. The Three Weaver’s motto, “Its More Than Beer, Its Community” is a conspicuous rally cry. To start Three Weavers is a prominent member of the Inglewood Chamber of Commerce with the goal of helping guide new and local businesses in the future of their community.

What’s more, Three Weavers is dedicated to giving back towards its local neighborhood in a big way. The brewery has pledged that proceeds from its tasting room sales, for one Friday each month would go to a select non-profit organization. Even the brewery’s aesthetic beckons out towards the local neighborhood. All of the wall artwork and décor is sourced from local Inglewood artists and visionaries. 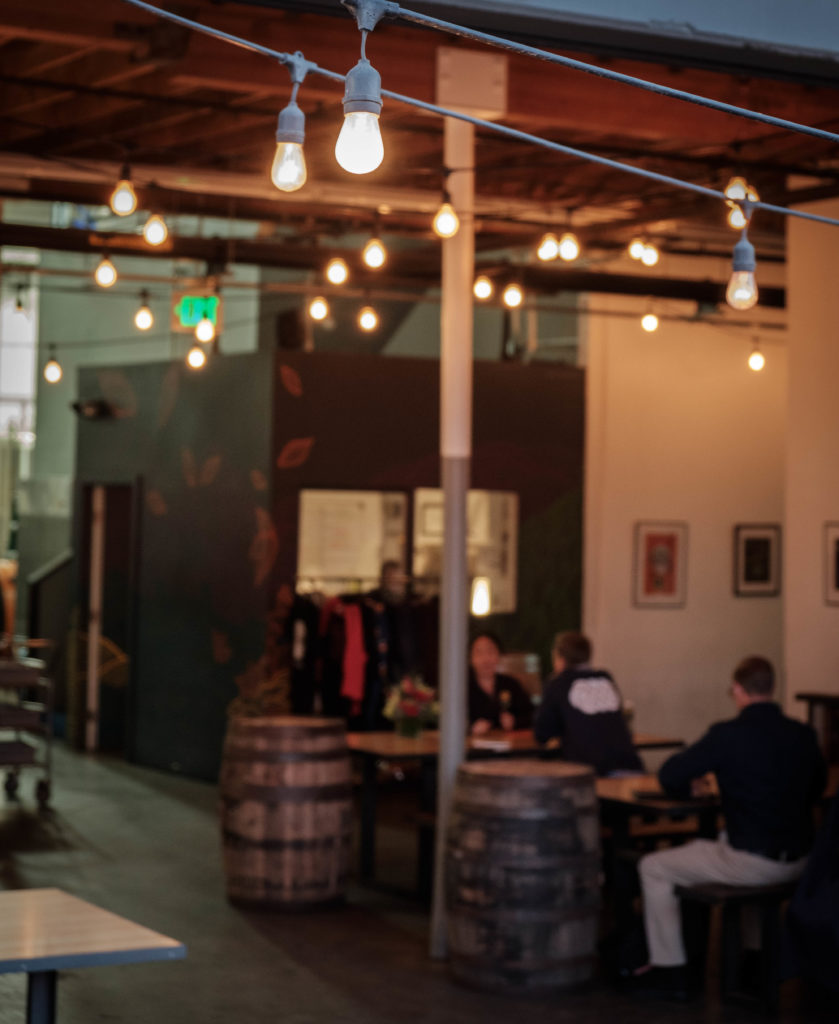 Owned and operated by badass women, founded on crowdfunding, an enormous sense of community and local pride, Three Weavers has the makings of how any great new small business should be. To top it all off Three Weavers is Inglewood’s first craft brewery. Wrapping my head around this whole essence of Three Weavers I scooped up my tasters and headed for the sunset patio.

Seafarer is Three Weaver’s award winning Kolsch. Taking the silver medal at the 2017 GABF this light ale takes German Pilsner Malt and Noble hops combining them in the traditional style. Crisp and refreshing, I am not normally a Kolsch drinker but Seafarer is balanced and flavorful, I’d happily have upgraded my taster to a full pint.

Expatriate is a year round favorite. This American West Coast style IPA is loaded with English crystal malt, and two-row barely. With big hoppy flavor, it has light notes of citrus and tropical fruits. Blood Junkie is a deep crimson Imperial Red Ale. Malt forward it is dry and balanced but a big hoppy bite on the finish. The name and artwork is inspired by Three Weaver’s collaboration with local heavy metal record store, Prosthetic Records.

On the darker side Midnight Flight is Three Weaver’s signature Imperial Stout. At a heavy 9.5%ABV it delivers rich tastes of cocoa, dark fruit, and smoky undertones. Chocolate malts and a host of English crystal malts contribute to its deep smooth flavor. 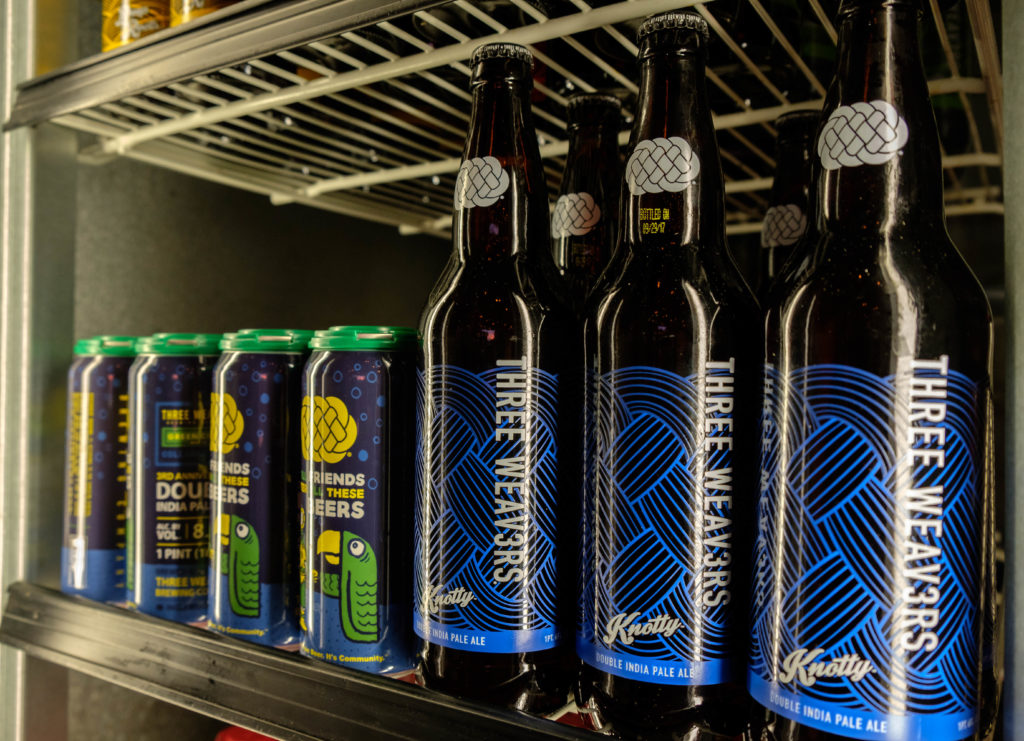 As the sun sank further and the bright red sky changed to a deep blue with its blanket of twinkling stars I finished my tasters and zippered up my jacket as the air took on its evening chill. Three Weavers had proved to be a taste of the unexpected. A fixture in the Inglewood neighborhood and a surefire example of how a great brewery can be built from the ground up. The stop had been a first for me in the LA beer scene. Stellar beer, an entrepreneurial spirit and the overwhelming commitment to exhume an essence of the Inglewood community would more than justify my next visit. As the blood red sky turned to twilight and I knew I’d be back.