Summer Beer Perfection: An Ode to Founders’ All Day IPA

The Fourth of July has long been the all-American de-facto summer celebration. From sea to shining sea the warmer months are finally in full swing and there’s no better celebratory atmosphere than being outside soaking up rays in the backyard, on a sandy coast, or out in the majestic mountains of America. No doubt this year will be different than any other, with shuttered businesses, socially distanced friends and family, and the empty venues we typically enjoy on the most patriotic of holidays. While all of these are unwelcome changes it still can’t stop the time honored tradition of enjoying a good beer on the Fourth.

Now, sure you can reach for those time honored “brews” that flood television commercials with claims of being the most American of beers. Outside of being light bodied and filling the void in your cupped hand for the need to be sipping something socially they are a waste of dollars and calories. With all its foreign influence and Big Beer money, slapping some Stars and Stripes on the can seems like an empty gesture.

So what do you reach for? In the search for a beer that we can sip through an early afternoon barbecue and into an evening fireworks display we scoured our archives and came up with a clear winner. We wanted something refreshing, light bodied, a low ABV and uniquely tasty. What’s more we wanted a beer from a brewery with deep seated craft roots; owned, produced and distributed right in our own country. This here is a salute to Founders Brewing Company’s All Day IPA. 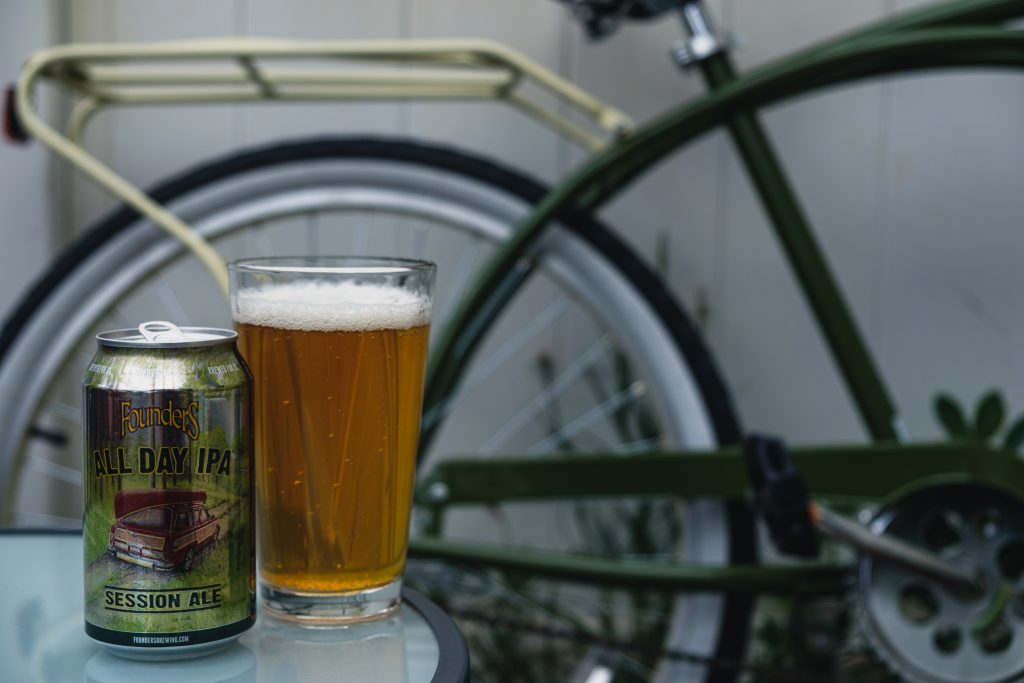 Founders’ All Day IPA put the session genre of IPAs on the map. What’s a session beer you ask? Generally speaking a “session” is any beer lower in alcohol content, light bodied and not overly filling. In the world of craft, a session tends to be that sweet spot Goldilocks beer that isn’t too overly anything. It isn’t too malty, not too hoppy, it isn’t too bitter or too tart and isn’t too heavy or too watered down. It’s just right. Founders took the session a step further adapting the IPA, a notoriously hoppy, bitter style and tweaked it down to get that perfect session balance.

One aspect critical to the session lies in the low alcohol content, a characteristic imperative to having a good holiday brew that can be sipped as the hours tick by. Sure you can put back that 16 ounce double dry hopped triple IPA from that exclusive brewery your hipster cousin brought, but those things are like $8 a can, thats not economical. Not to mention with that high ABV you’ll be stumbling around and throwing wild shots at corn hole before your uncle even peels back the Saran Wrap on his famous potato salad. As the name implies the All Day IPA boasts a friendly 4.7% ABV, this is key to give you your social drinking fix while not making an ass out of yourself. Founders says it best of their flagship session, “Keeps your taste satisfied while keeping your senses sharp.”

Speaking of taste, let’s talk flavor profile. We mentioned that sessions aren’t really “too much” of anything, but thats not to say they are flavorless. Far from it, the All Day IPA is balanced and subtle but still packs in a complex array of malt, grain and hops all naturally brewed. Refreshing above all else it has the ever slightest hop bite with a gentle kick of malt on the finish, it is clean throughout over all and each sip is crisp. Sure, there are far hoppier IPAs out there, the All Day IPA doesn’t come in with hop guns blazing set to obliterate your taste buds after a few sips. Remember this is an all day drinker, with some serious but subtle satisfying flavor, destroy your sense of taste with those other hop monsters and you might as well switch over to the “King of Beers” right alongside your traditionally eccentric brother-in-law, Jeb.

So it tastes delicious, you can drink it long enough and still keep your wits about you, and it is delightfully affordable but how do you get your hands on such a versatile brew? Founders is based in Grand Rapids, Michigan but the renowned brewery distributes this tasty summer elixir nationwide. You can find All Day IPA in all 50 states in 6 or 15 packs of 8oz cans, larger 19oz tall boys or 12 oz bottles. If you are lucky enough to live within striking distance of Founders Grand Rapids or Detroit locations you can get your hands on some All Day straight from the tap. Further still, Founders regularly does iterations of this fan favorite, incorporating tantalizing ingredients like mango puree or mixing it up by double dry hopping during the brew process. Get out there and enjoy your All Day through this year’s Fourth and any day this summer. Make the most out of this socially distanced holiday season and do your patriotic duty by drinking up some great American made craft beer. Cheers! 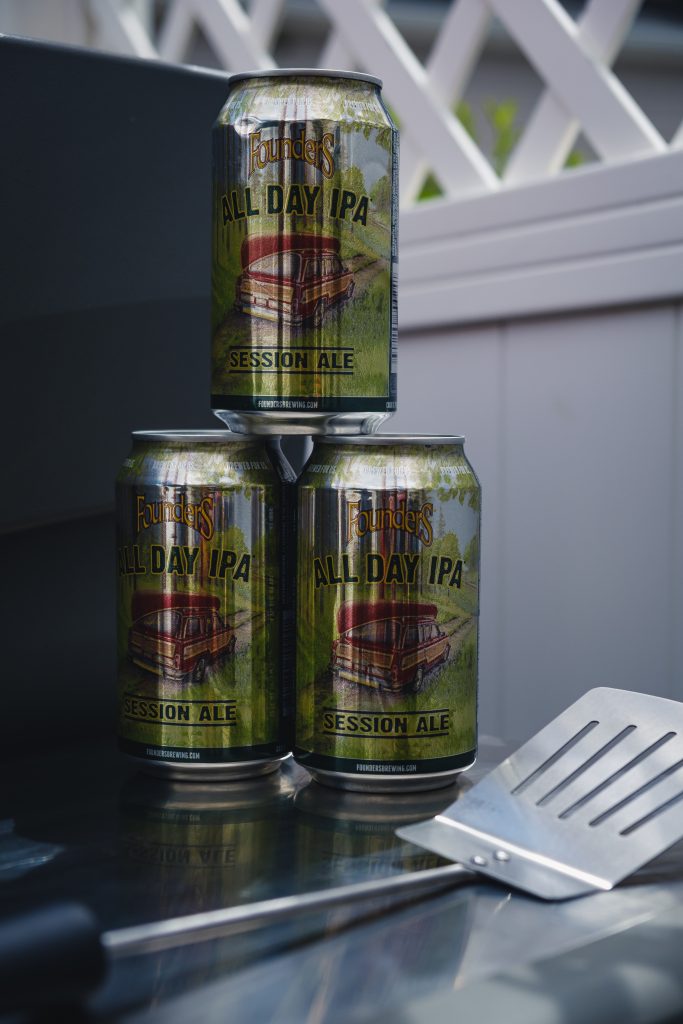