×
You are here: Home / Hoppy Thoughts Blog / Grown On Great Beer in the Queen City: A Celebration at Mad Tree Brewing Company

Grown On Great Beer in the Queen City: A Celebration at Mad Tree Brewing Company 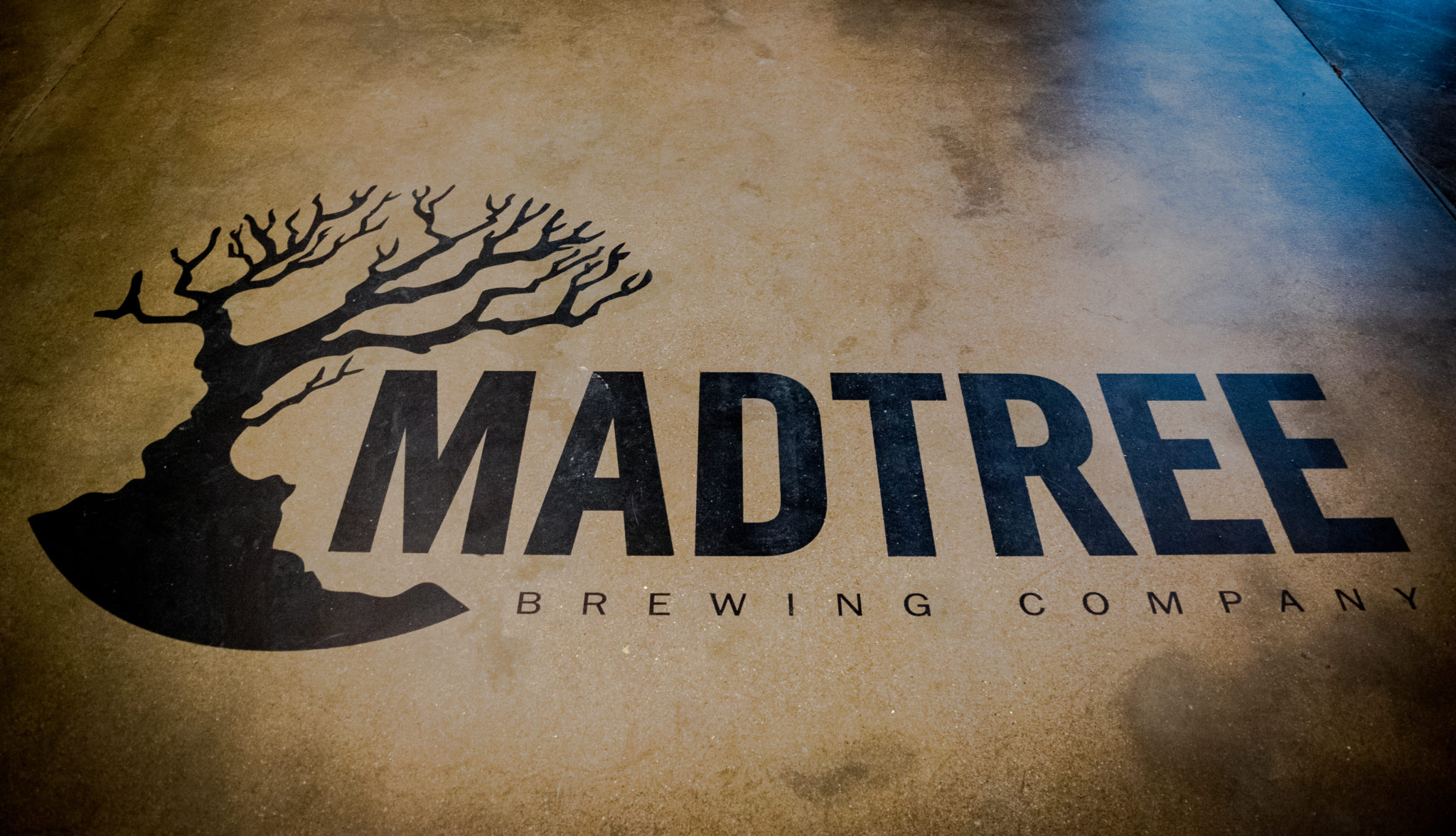 I had touched down in Cincinnati on an auspicious day. Since the moment I started conversing with my Uber driver, shuttling me downtown from the airport until I started making the rounds amongst local breweries, there was a buzz in the air. Today was the grand opening of Mad Tree’s new taproom. 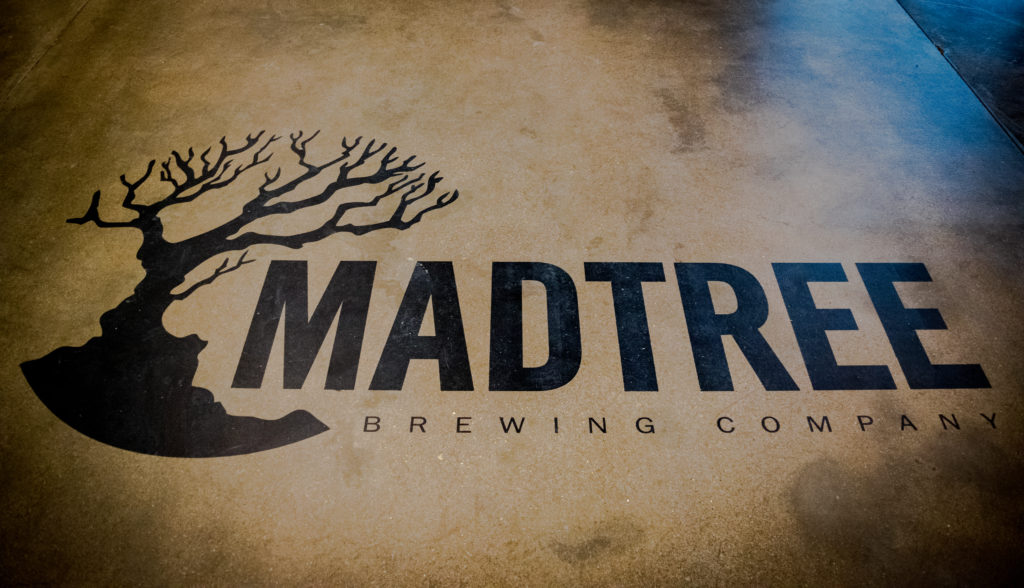 Getting dropped off in Cincinnati’s Oakley neighborhood on a cloudy afternoon I stared up at Mad Tree’s new facility and could immediately see why they invested over $18M towards its renovation. Formally a brownfield manufacturing plant, the space was massive. Industrial red brick, walls of glass windows, a spacious concrete courtyard, and high ceilings made accommodating large crowds a breeze. Today, Mad Tree would need the space, much more than just a grand opening the brewery was holding a full on celebration as the unveiling of the new taproom also coincided with Mad Tree’s four year anniversary.

As I passed through the glass doors I could see the party was already started. The enormous space was already crowded with all manner of beer enthusiasts. I was struck by the range of demographics as I shouldered my way towards the bar. Men and women clad in business attire, tied button down shirts, pantsuits and all, presumably on a lunch break from a local office. College aged locals, preppy and hipster alike, earbud headphones around their necks and messenger bags draped over their shoulders. Older folks, too, heavy sweaters and holstered umbrellas at the ready, the only group seemingly prepared for Ohio’s finicky weather.

Squinting up at the beer menu it was clear Mad Tree was pulling out all the stops for their extravaganza. I was quickly overwhelmed by the options, so much so that I completely missed an entire second menu. For the event Mad Tree had over 70 different beers flowing. Their entire present lineup as well as revived past fan favorites were on parade. “Timed” tappings throughout the day saw limited releases of special Mad Tree brews as well as guest beers from breweries around the country. 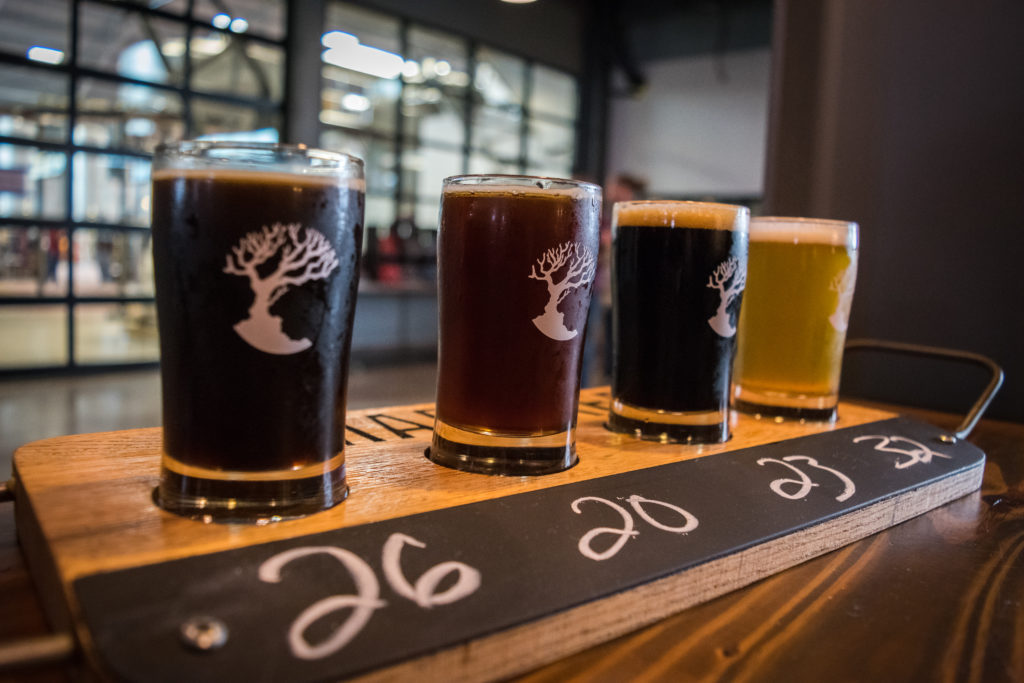 Psychopathy, Mad Tree’s year-round IPA packed itself full of floral, citrusy flavor. Bitterness took a backseat to subtle Caramel and Vienna malts to create a well rounded and drinkable pale. Perfect for those cold Ohio days was Thundersnow. A seasonal, combining ginger, nutmeg, a touch of cinnamon and vanilla this Scottish Ale was spicy and sweet with a finish hinted with notes of biscuit.

Keeping things light and crisp Lift is Mad Tree’s signature Kölsch. Refreshing and crafted for a hot summer day Cascade and Hallertau hops make for a highly drinkable beer. A touch of orange zest adds sweetness on the finish. Dipping into the vault I tried one of Mad Tree’s retired brews. Everything Went Black, this herbal and spiced IPA quickly became my favorite. Millennium and Centennial hops hit me with that signature bitterness of an IPA but finished with the roasted flavor of dark malts. 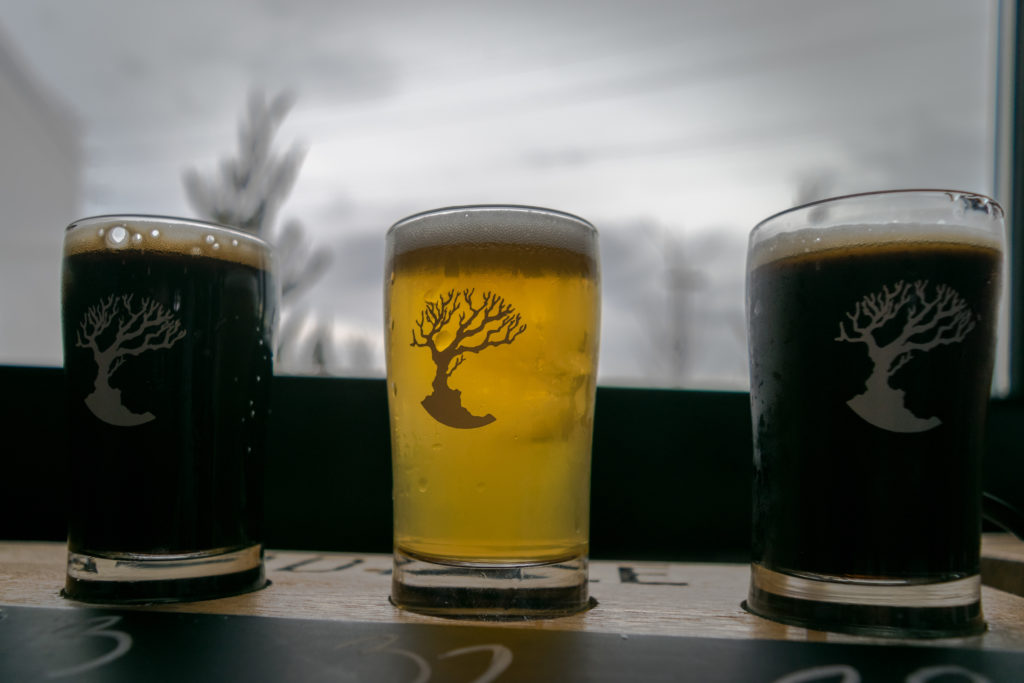 Tasty beer wasn’t the only thing on demand at Mad Tree’s new taproom. From the corner of my eye I caught the flare of flames towards the back of the room. I turned and watched the door of a wood fire oven swing closed along with its cheesy contents. Catch a Fire Cafe, the premier restaurant and eating establishment at Mad Tree offering a full menu of delicious options to compliment your beer. Aside from wood fire pizza and flatbread, Catch a Fire offers a range of soups and salads as well as specialized appetizers. Wings, Italian style meatballs, pretzels and beer cheese, and homemade hummus infused with Mad Tree’s very own Psychopathy IPA. I found the Artisan Snack Board of meats, cheeses, and other finger foods to be the best accompaniment to my flight of beer. 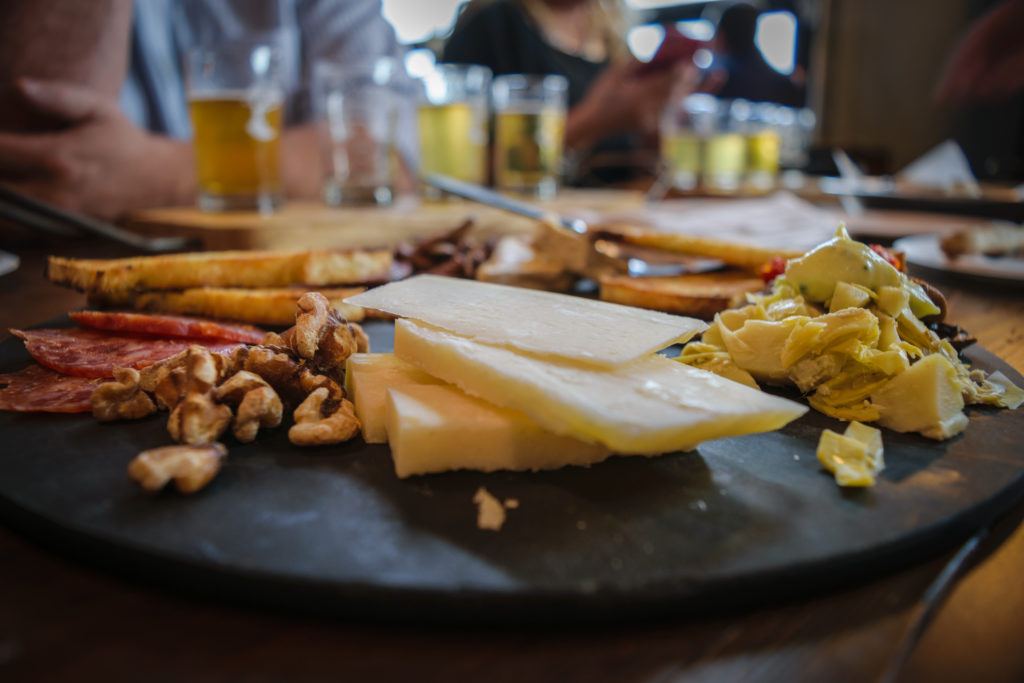 Munching on cheese and sipping my beer I took in the celebration as it appeared to continue to grow and grow. Mad Tree promised to keep the party going and the beer flowing until 1am. Timed beer releases and live music scheduled throughout the day with local artists, bands, and DJs all taking the floor to keep the crowd energized.

As I looked out the window I could see a train clatter its way past the taproom from some unseen rail yard towards the city skyline. Looking around the room I took in the sight of business leaders, long time local residents, and up and coming college students all enjoying the craft beer revelry in their city’s industrial center. For that moment it was as if the new taproom was the heart of the city. Today it was the great beer flowing from Mad Tree’s taps that had Cincinnati’s heart beating.