×
You are here: Home / Hoppy Thoughts Blog / Holding Court with the Queen of Creative at King’s Court Brewing Co.

Holding Court with the Queen of Creative at King’s Court Brewing Co. 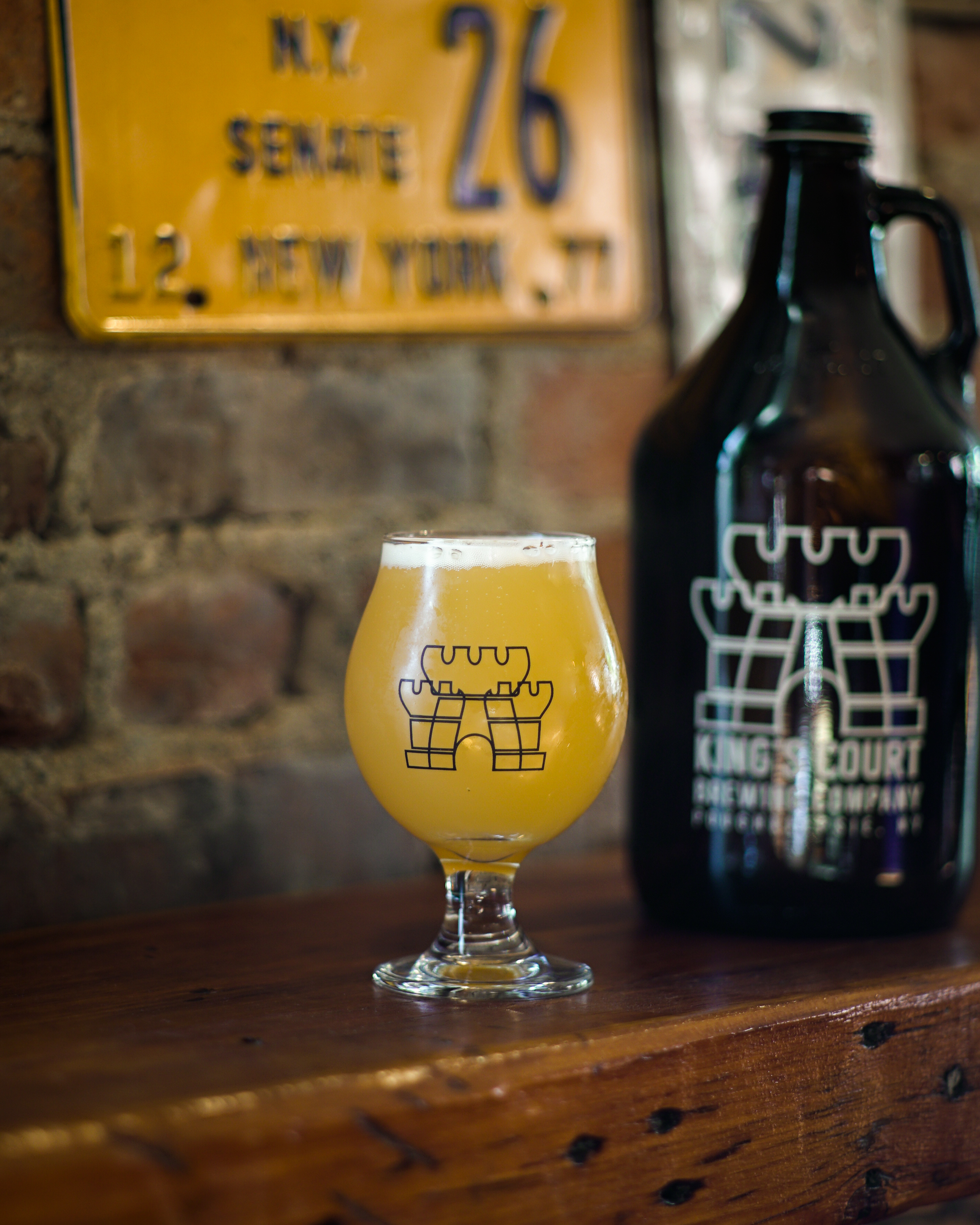 It was a midsummer Thursday as Caroline Bergelin went through the usual routine preparing King’s Court Brewing Company for the daily opening. Having migrated from Oakland, California with her partner, co-founder and brewmaster Cortlandt Toczylowski they both fell in love with New York’s beautiful Hudson Valley and immediately put down craft beer roots. 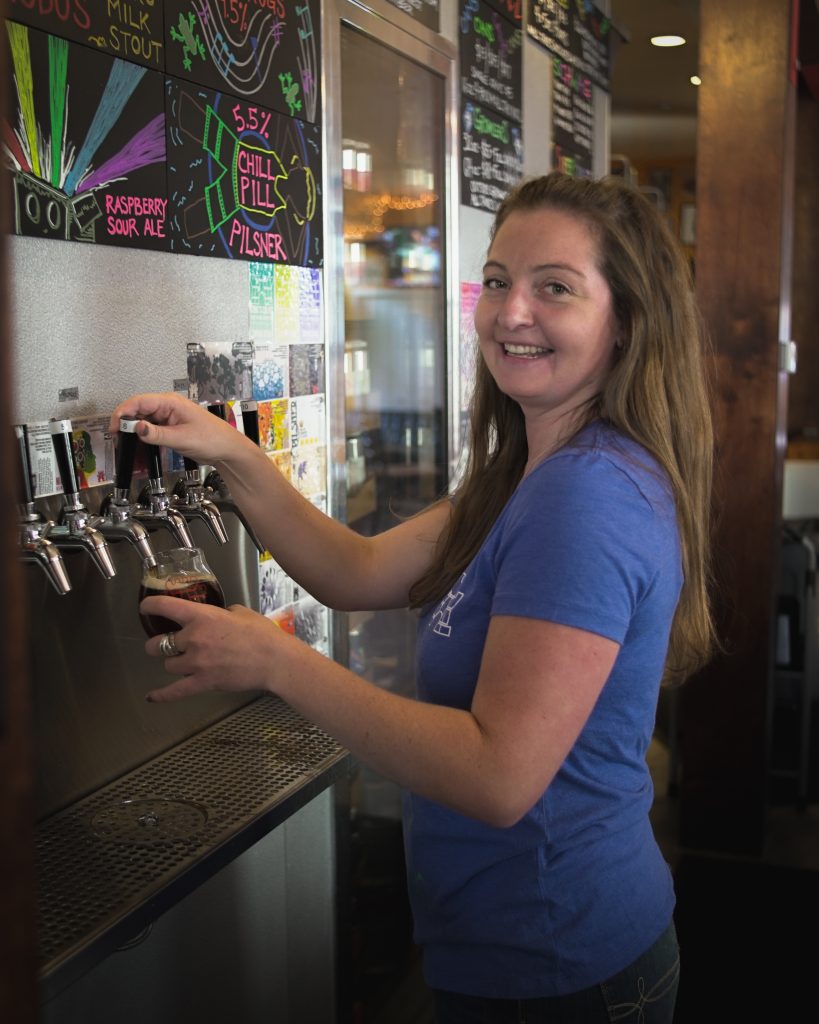 “We wanted to open a brewery and saw the craft beer scene just starting to get bigger on the East Coast.  The West Coast was already saturated, so we moved back East,” she explained.

The pair settled in Poughkeepsie, New York. Setting up shop in what was once an early 20th century hotel. The King’s Court Hotel was long gone but Caroline and Cortlandt, nodding towards the city’s history kept the name and let it live on under the banner of their new brewery: King’s Court Brewing Company.

“Poughkeepsie really is a hidden gem.” Caroline said. “An awesome waterfront on the Hudson River, good transportation access, and beautiful landscapes,” she added. “We really like the city because it’s still making a name for itself and we wanted to be a part of that story.”

Since opening their doors Caroline has been telling King’s Court’s story through her background in design. Leaving her job in landscape architecture for the craft beer industry, Caroline has infused her creative touch into almost every facet of the brewery’s operation. From the brewery’s logo, to the can art, the chalkboard menu, to all of the marketing materials and brewery swag.

Caroline summed up her shift from landscape architecture to craft beer creative. “Landscape architecture was really fun, except I found myself doing more engineering than art.  In the end, I am more of an artist than anything else.  Plus, who doesn’t want to make fun art for beer!” 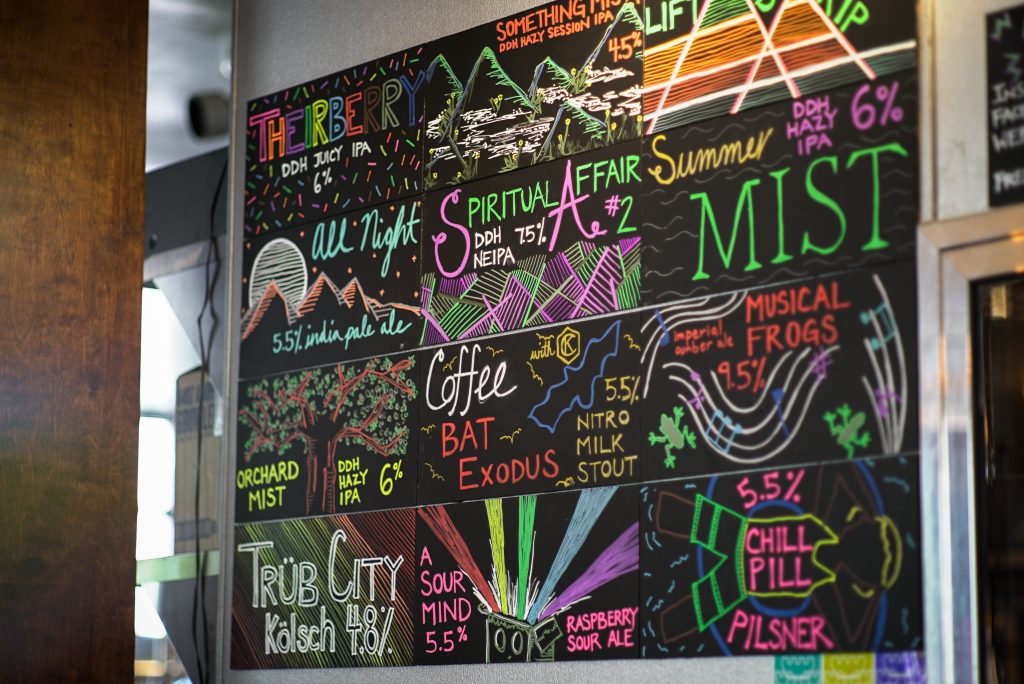 A celebration of women in the craft industry, Caroline is excited to be able to attend. “There’s been a fair amount of serious gender topics going around, and I’m excited that Beers Without Beards is really just about having fun and showing everyone what you have to offer.  In a pretty male dominated industry, Beers Without Beards is a great opportunity to get the women out front.” she added, “I’m so excited to meet all the other badass ladies!”

Caroline was happy to highlight the three brews that King’s Court would be pouring in Brooklyn for the event. There’s Theirberry, a deliciously juicy double dry hopped IPA combining the scrumptious medley of Comet, Southern Cross, Mosaic, and Columbus hops into a balanced and citrusy package. Forklift Roadtrip, a double IPA coming in at 9% ABV mixes Galena, Cascade, and Simcoe hops to make a brew rich with citrus pine and a crisp and dry finish.

“Personally, my favorite is A Sour Mind.” Caroline said. “It’s a light, tart, refreshing, and clear raspberry sour ale. Over 1 pound per gallon of real raspberries were added into the fermenter, so all the fruit juice ferments out and adds the flavor but not the sugar. It’s got this awesome clear red color, so it’s a whole experience to drink.” she explained. 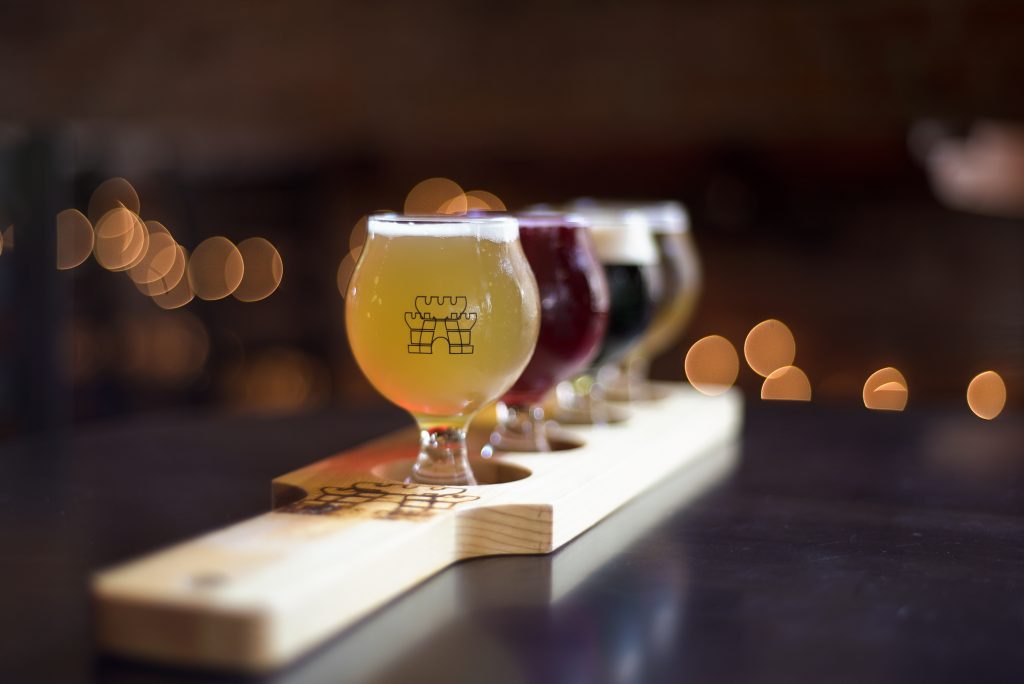 Like her passion for art and design Caroline explained how creativity really drives the King’s Court brewing process and essence. “We don’t really have flagship beers, that’s our whole goal as a true craft brewery, to be constantly experimenting and pushing out new beer styles. We carry everything,” she said.

Reflecting on the brewery’s new community Caroline expressed her desire to inspire the local scene with King’s Court’s signature creativity and innovative passion. “We wanted to bring a strong craft beer presence and really show what our styles have to offer and challenge the local market. We’re experimenting with different beer types and I think it’s helping challenge others to do the same.”