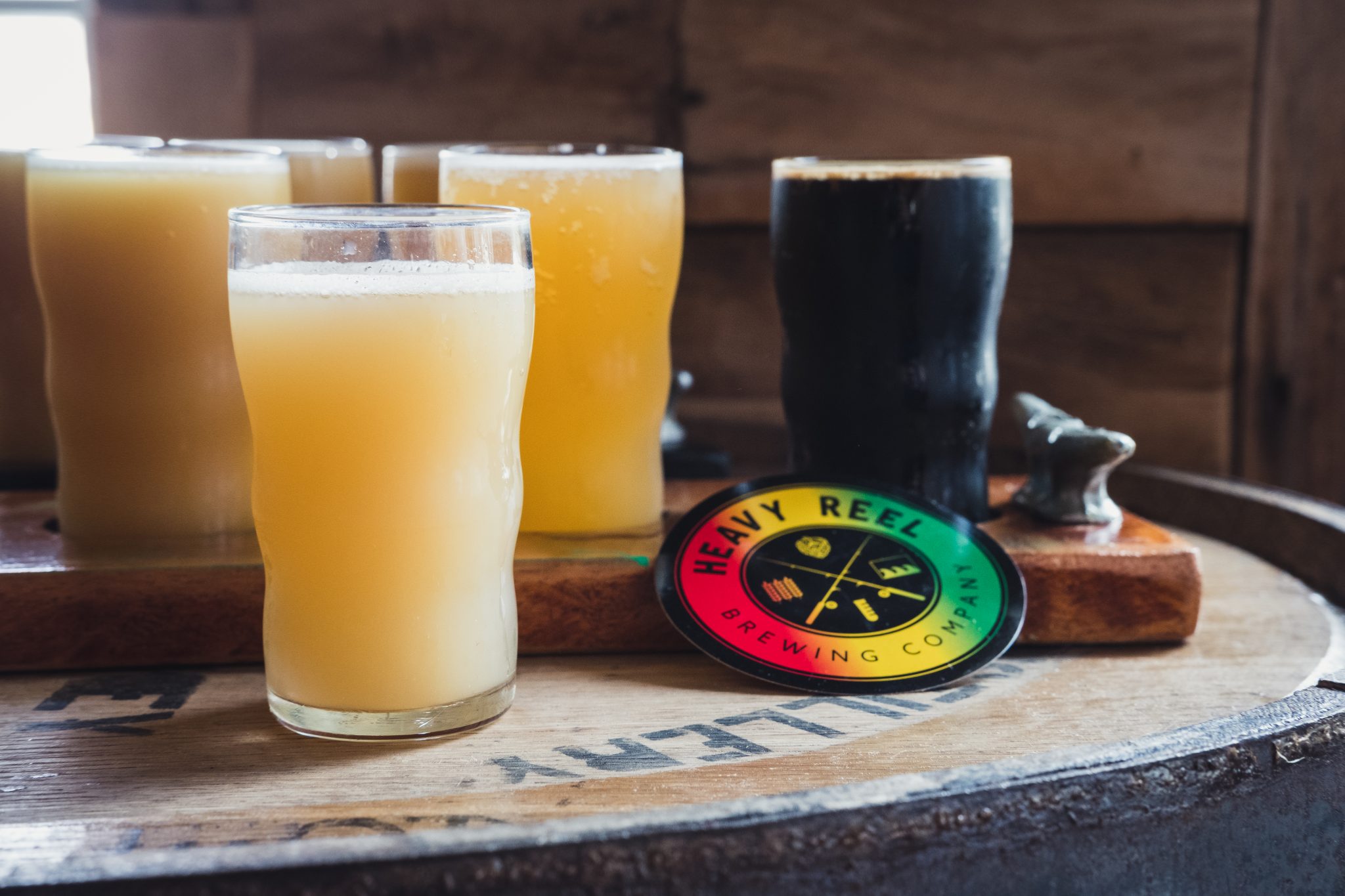 It was a hot and sunny July day. Seagulls glided overhead, the electronic clang of arcade games and laughter mingled with the distant crash of waves, the air smelled of the salty ocean and sweet funnel cake. In a word it was the perfect “beach day,” an ideal week on the Jersey shore. Among these familiar vignettes of life on the East Coast I hurried my step, heading to something new and fresh on the scene.

Heavy Reel Brewing Company opened its doors this past April just in time for the busy summer season. Since then, founder and brewmaster Jeff Greco has been slinging his hoppy creations non-stop in an effort to meet demand.

“Its been great.” Jeff said, placing his small taster of beer down on a wooden barrel in front of the Seaside Heights establishment. Behind him his brewery was crowded and bustling with the afternoon crowd. “We’ve been really well received.”

In a town weened on and accustomed to the consistently bland flavor’s of Big Beer the newcomer craft brewery is seen as a breath of fresh air, but this also came with its challenges.

“It’s been interesting trying to introduce new things to the New Jersey palate,” he said with a laugh.

“Lots of folks around here aren’t used to things like oyster stouts or sours.”

As a New Jersey native myself I sympathized with the sentiment. Coming back home I often find myself within a craft beer desert. Progressively over the years the scene has grown slowly and steadily. Heavy Reel was one oasis amongst the arid wasteland of dive bars and local haunts. That’s not to say Heavy Reel doesn’t cater to the traditional. CT 16105, a golden ale is brewed with Lemondrop hops and boasts a crisp, refreshing flavor that will easily hook all the straightforward beer drinkers. 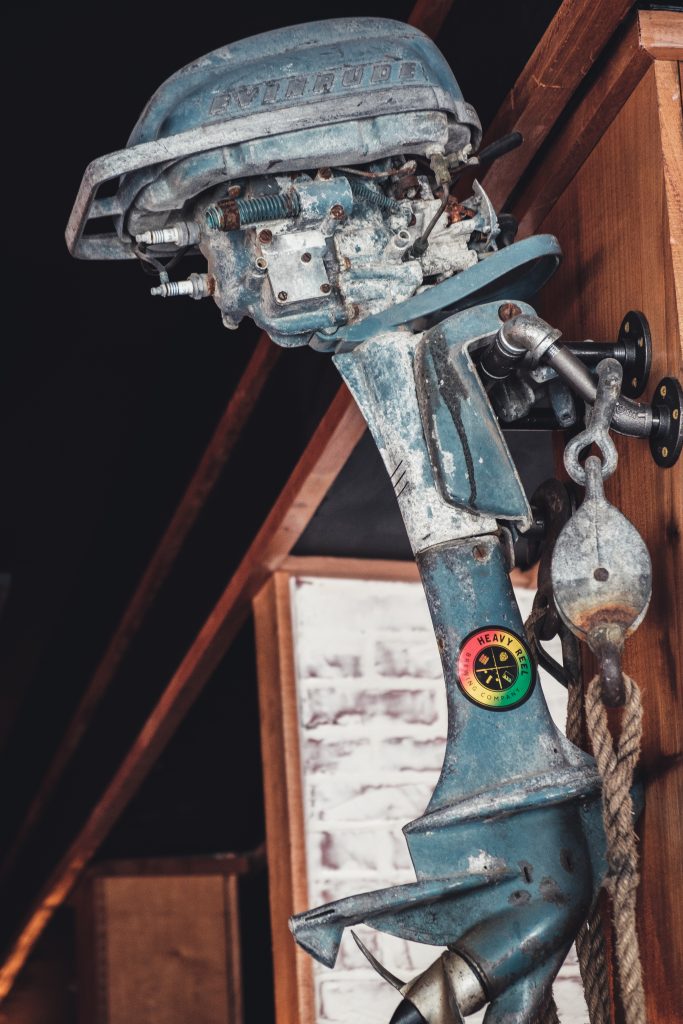 “It’s been fun, though.” he continued. “It’s given me the chance to really be creative and brew what I want. I’m happy that some of the brews have become so popular.”

This was no understatement. Moments earlier, Drowning Clown the brewery’s signature double dry hopped hazy pale ale kicked. I’d have to come back again next week to get a taste of the new found fan favorite. Despite the popular demand for Drowning Clown there still was no shortage of hoppy creations. A longtime fan of the IPA style Heavy Reel sports an impressive lineup of hop heavy brews.

Fields of Green a juicy double dry hopped imperial IPA is loaded with Mosaic, Simcoe, Citra and Amarillo hops. Hazy and smooth it packs forward hop flavor with a buttery mouthfeel and sweet citrusy finish. On the milder side Zoomschwartzprofigliano is the brewery’s latest session IPA. With an easy drinkable 4.5% ABV it sports double dry hopped Citra and El Dorado with a crisp, clean finish.

Jeff and I stood and chatted in front of the brewery underneath Heavy Reel’s insignia. Crisscrossed fishing rods surrounded by the recognizable symbols of beer brewing; hops, water, and grain. Designed by Jeff’s wife Jesse, her artistic touch could be seen adding flair to every corner of the brewery.

The space was decorated as a cross between hip cozy hangout and what one would expect at a Jersey shore shack. Wooden barrel tables, a high counter, short bar and a number of stools made up the floor. A large Sea Bass mounted over the taps and a retired boat motor were welcome reminders of the town’s proximity to the beach. In a nod to their family’s own relationship with the ocean the Greco’s mounted twin canvases on the far wall. Jeff’s and Jesse’s grandfathers can be seen with fishing poles in hand with their lines cast out into the water. 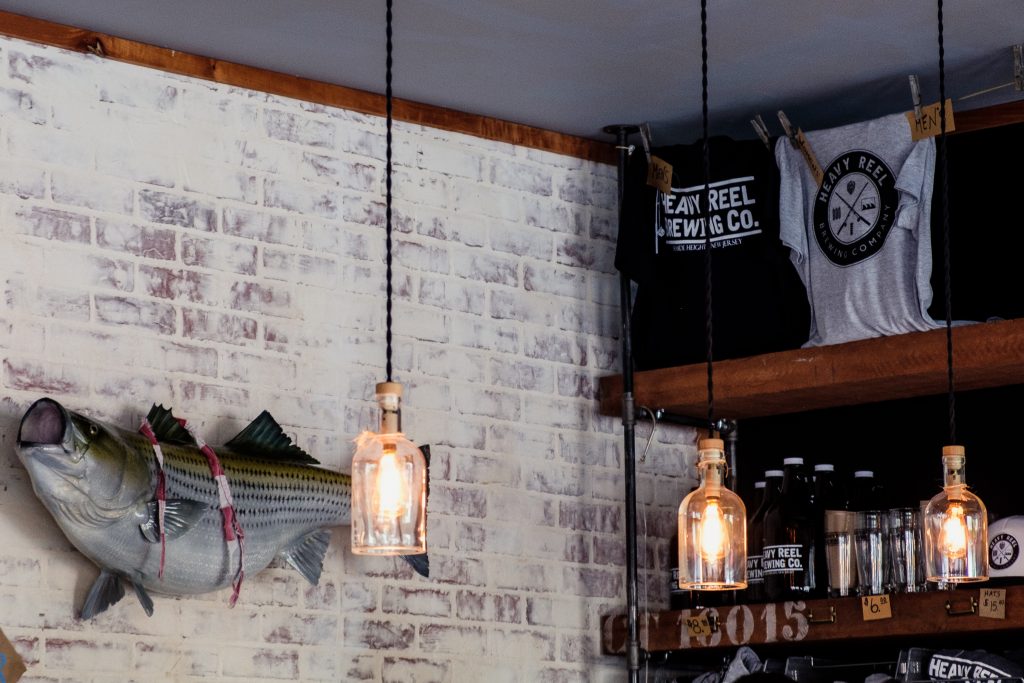 Optimistic with the brewery’s popular reception and brewing non-stop since opening Jeff already had his eyes towards expansion.

“We’re using a two barrel system at the moment.” he said, gesturing towards the back of the brewery. “Being able to increase capacity would be great.” he added, “We have a couple options, we just want to see what winter brings first.”

Weathering the winter slowdown is a right of passage every business must endure at the Jersey shore. When kids go back to school, tourists flock back to work, and the climate turns foul some of the beach towns on Jersey’s barrier islands can appear deserted.

Despite the challenge I was optimistic that with Heavy Reel’s hoppy creations and creative and out-there brews it would be smooth sailing. The New Jersey craft world needs more entrepreneurs like Jeff and his family and Jersey towns need to expand their horizons with bold offerings from places like Heavy Reel. Bumping through the crowd to settle up my tab I was confident that with its beach town flair and one-of-a-king styles Heavy Reel Brewing Company would keep locals and out-of-towners hooked for years to come. 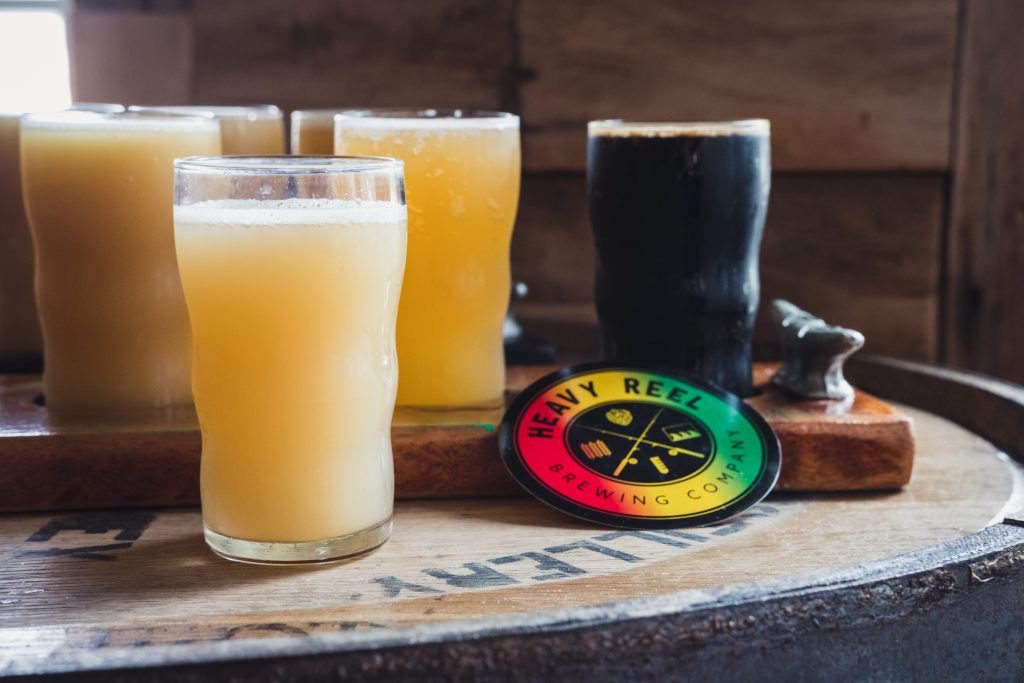