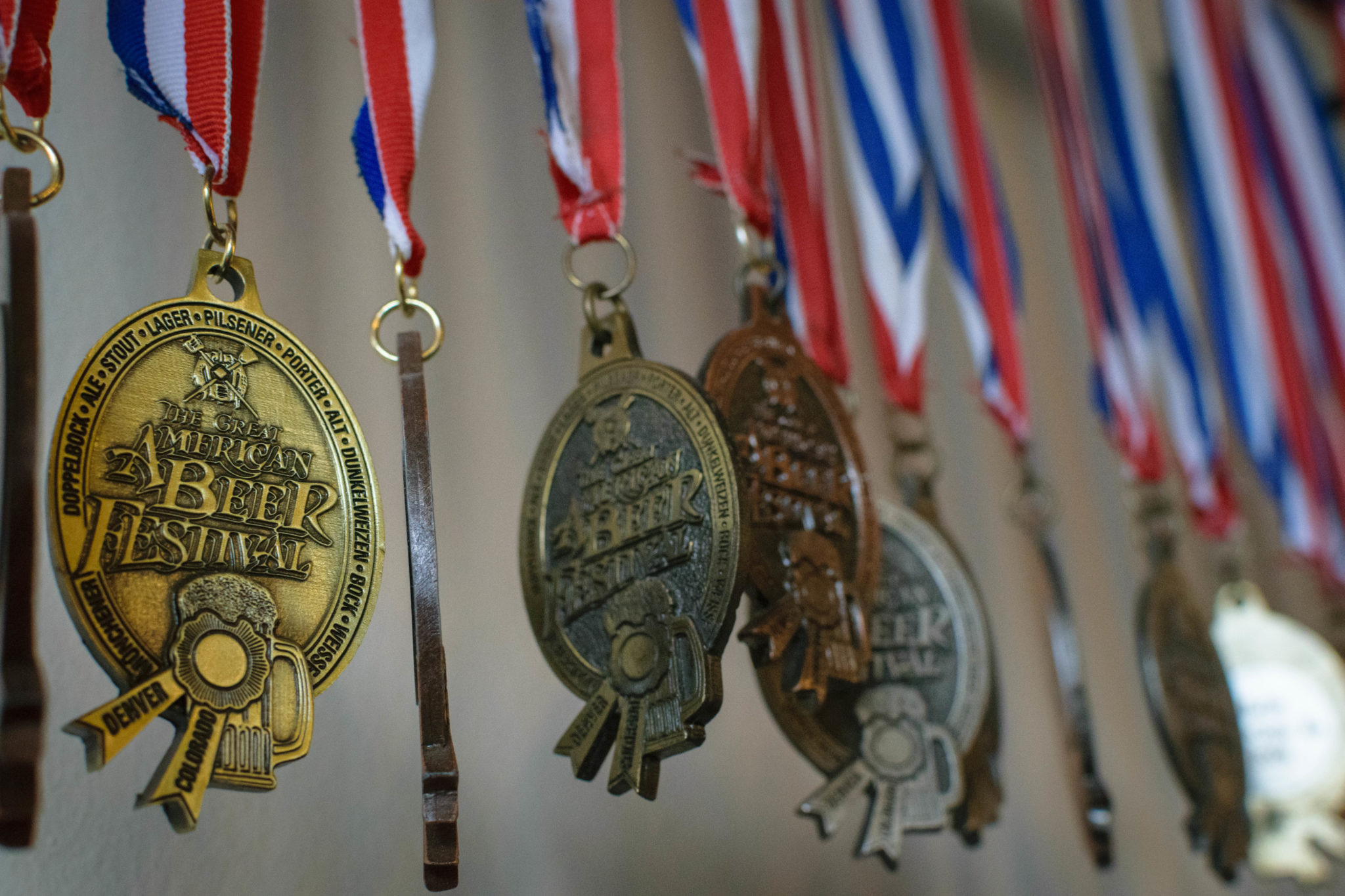 The shrill blast of bagpipes cut through the air. The high-pitched sound echoing through the Colorado Convention Center. Seconds later the crowd let out a cheer. A roaring cry so deafening it momentarily drowned out the music of the bagpipers. If one were to close their eyes and only listen they could easily have mistaken being transported to the opening of some 14th century medieval battle. But this was no war for Scottish independence, this was the modern day, but equally as rowdy Great American Beer Festival.

The grandaddy of all beer events, the Great American Beer Festival was in its 36th year. Keeping up the year-over-year trend of growth this years festival was shaping up to be the biggest since its inception. 800 breweries pouring over 3,900 beers, the biggest selection of American beers ever served. 60,000 people; brewers, journalists, judges, volunteers and attendees touched down in the Mile High City to participate in the three days of festivities. 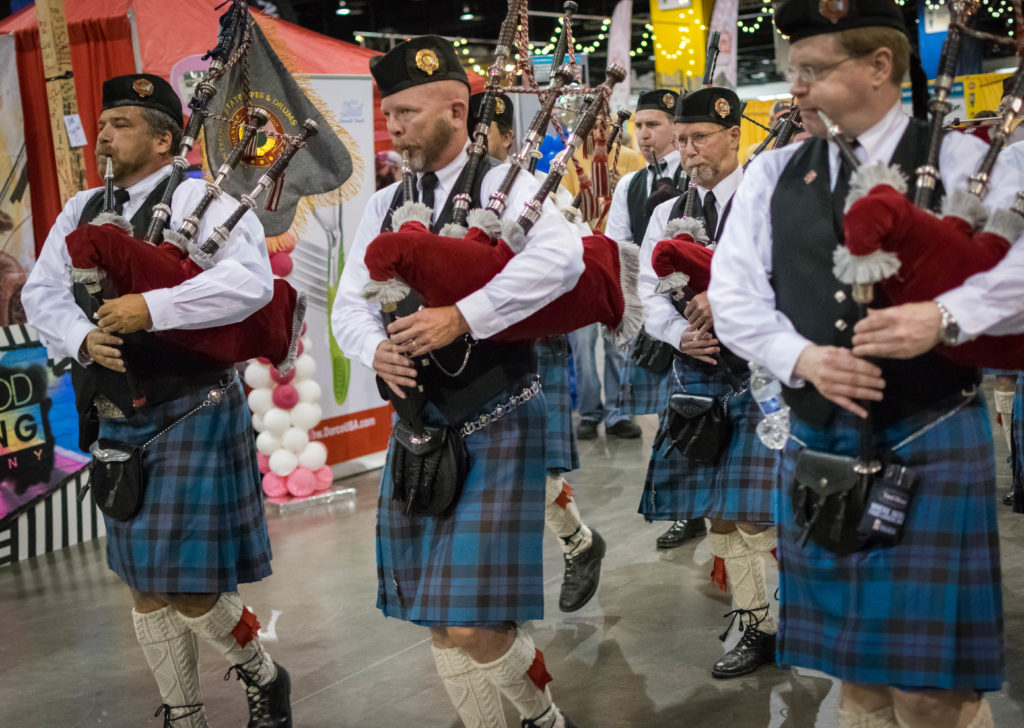 I stood in the center of the Colorado Convention Center’s massive exhibitor hall. To the right and left of me long rows of tables, each draped with the insignia of breweries coming from near and far. Behind the tables brewers and volunteers stood at the ready, pitchers of beer of every style and color poised and ready to be poured. I could see their mouths move into quiet grins and smirks as the crowd came rushing into the hall. The bagpipes had been like a great marathon’s starter pistol and now festival goers were flooding around me, racing to be first in line to taste some of the best brewed creations in the country.

I watched the expressions of attendees as they entered the exhibit hall. For the first time GABF newcomer it was looks of overwhelmed marvel and awe. The never ending expanse of the exhibit hall with its near countless rows of brewers. The giant fifteen foot faux pint glass. The games and vendors. False trees and parked VW buses. Hordes of guests in costume, wearing jewelry constructed of pretzels, bagels, and beef jerky. It was a lot to take in and I couldn’t help smiling at these star-struck looks knowing I wore a similar expression my first year attending the colossal festival. A stupefied visage shared by children going to their first circus, the first time flier looking out a plane window, the face of folk from rural America walking into the historic White City of the Chicago World’s Fair. 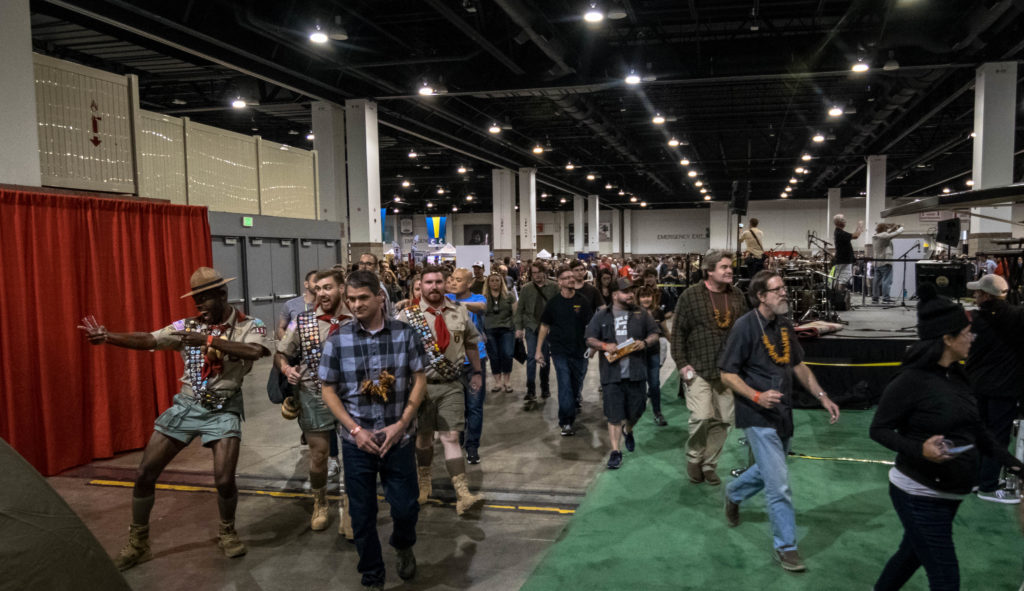 Like the World’s Fair the Great American Beer Festival was broken up into sections. A prodigious craft beer world parceled into smaller micro-states. Traveling through the exhibit hall was like traversing the geographic beer palate of America. The Pacific section showcasing many of its specialty IPA’s and hop forward ales. The Midwest housing perfected recipes handed down from generations of German brewmaster history. The Colorado dominated Mountain region pouring out its eclectic takes on a variety of styles.

Each row of breweries was capped by a power hitter, one of the big players in the craft beer business. I passed under the shadow of Stone Brewing Company’s impressive set up. A tap counter flanked by faux trees and wooden sign boards. People waiting in line for Stone beer hopped up on a giant throne made of cardboard kegs to have their photo taken. The four wheeled and six person pedal bar parked outside of Sierra Nevada Brewing Company’s booth. The bright fluorescent lights reflecting off of its brass horn and shiny hubcaps. 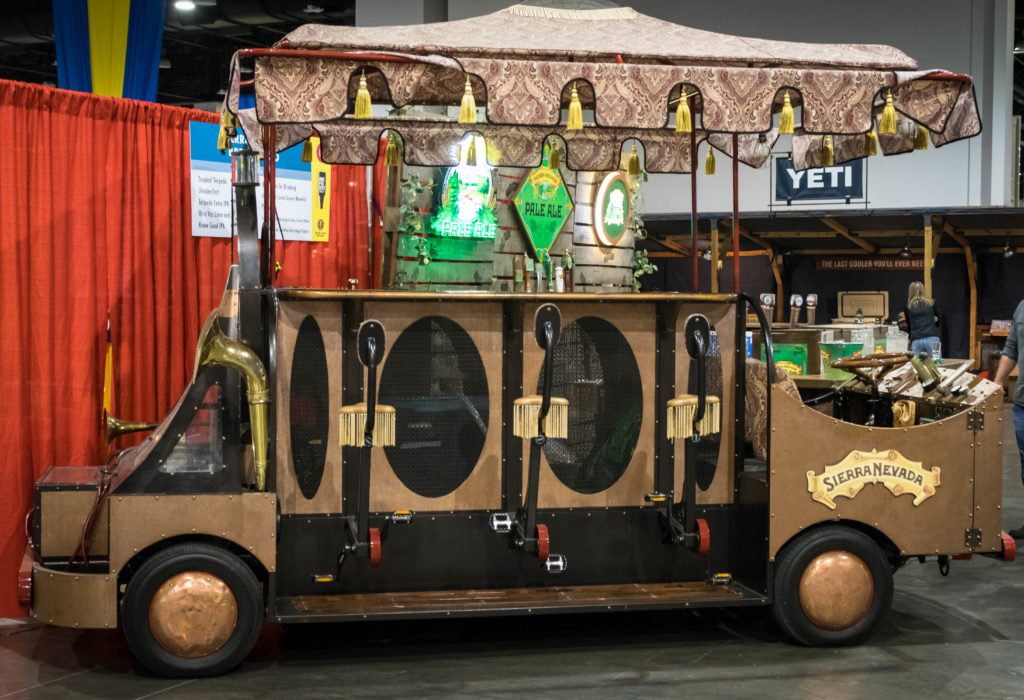 For all these beer dominating giants their names were starkly absent on the list of medal winners. The third and final night of the festival the winners had just been announced earlier in the day and made this last session particularly special. The competition, a main draw for brewers is an opportunity to highlight their hard work and creativity by entering their choosiest brews into a variety of categories ranging from India Pale Ales to Barrel Aged Beers. Now on this last night after the competition attendees had the rare chance to go and try some of these winning brews. This year it was the smaller breweries, the first time festival goers, and recent startups that reigned supreme.

I stepped in line to taste Medianoche a medal winning beer cooked up by WeldWerks Brewing Company out of Greeley, Colorado. Taking the gold in the Wood and Barrel Aged Strong Stout category I got to the front and congratulated the brewers on the win. With smiles and thanks they happily filled my taster with the dark beer. Quickly putting it back I was immediately struck by its rich vibrant flavor. Smooth and strong I welcomed the tones of bourbon from the Breckenridge whiskey barrels the beer was aged in. 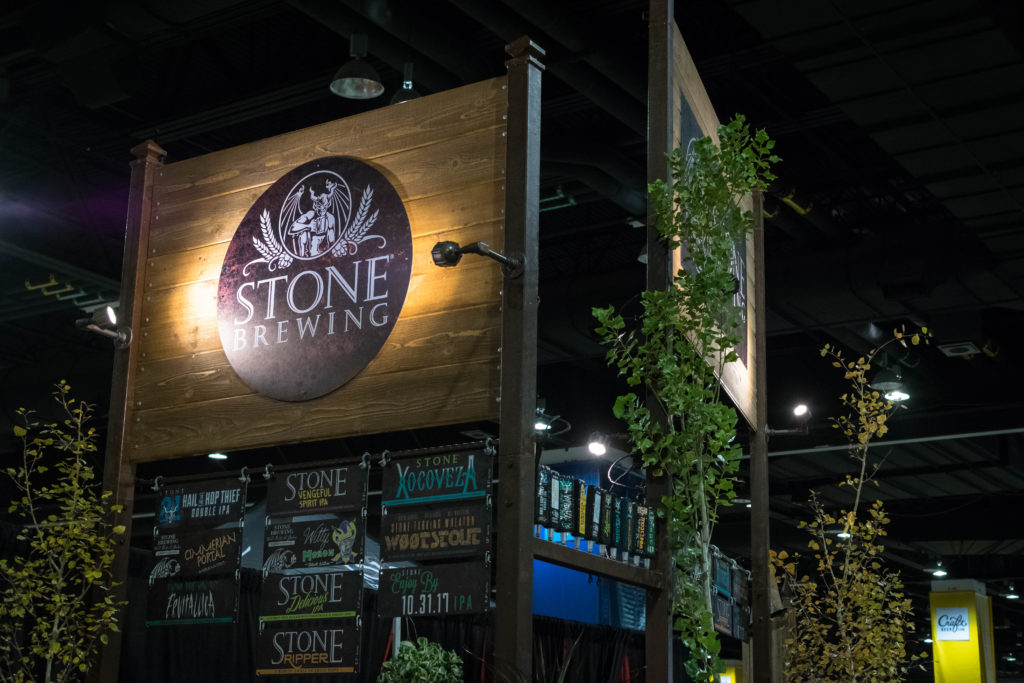 Later while pondering the menu at the Michigan based Odd Side Ales I heard a voice behind me.

“So which are you gonna try?” I turned around and was met by the sight of Chris Michner, Odd Side’s intrepid owner.

Shaking his hand and congratulating him I pointed to the silver medal hanging around his neck.

“Whichever beer won that.” I said with a laugh.

Rye Hipster Brunch Stout, the silver medal winner in the Speciality category was jammed packed with a plethora of flavor. Aged in rye whiskey barrels the bite of spirit was balanced with notes of coffee maple syrup and bacon. I was so impressed with the beer that I queued up again to try more of what Odd Side brought to the event.

Later as the festival began to wind down I was sad to see another GABF come and go. As always it is a whirlwind of activity and excitement but with tired feet and an empty taster I reflected on this year’s event. For me the Great American Beer Festival is a social gathering around one of the world’s greatest social unifiers. Beer; bringing people together to share passion, creativity, and jubilation. If there is one reason to make an annual pilgrimage to Denver this is it. The craft beer community, consumer and brewer is a uniquely special one. The endlessly flowing kegs, music and games, wacky costumes, and wackier individuals. There’s nothing quite like it in the world.