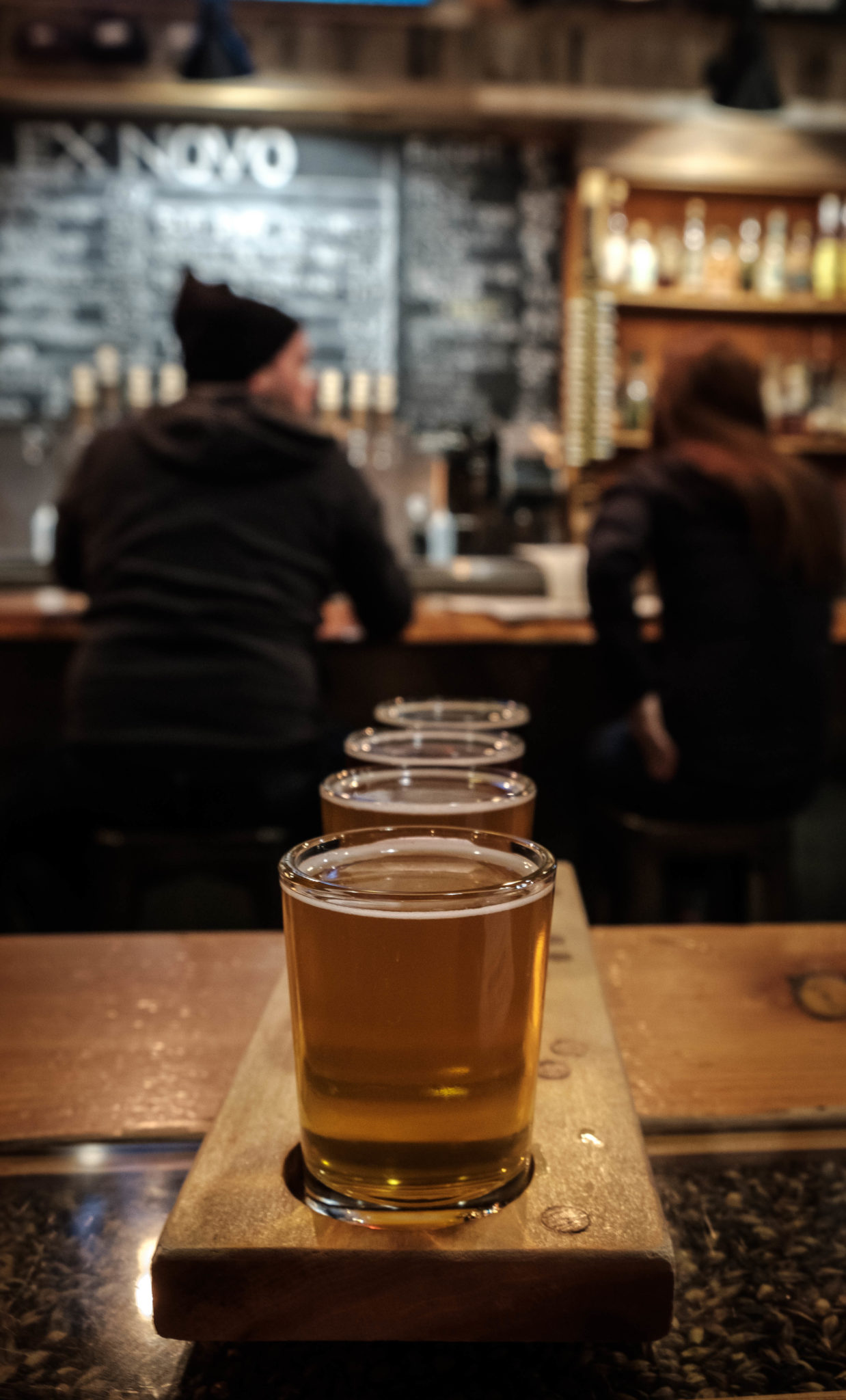 I read these words as I entered Ex Novo Brewing Company one rainy Pacific Northwest evening. It’s a sentiment that I think anyone could get on board with. Drinking beer was simple enough but doing good was a more complex request entirely. Thankfully, Ex Novo has it all figured out. 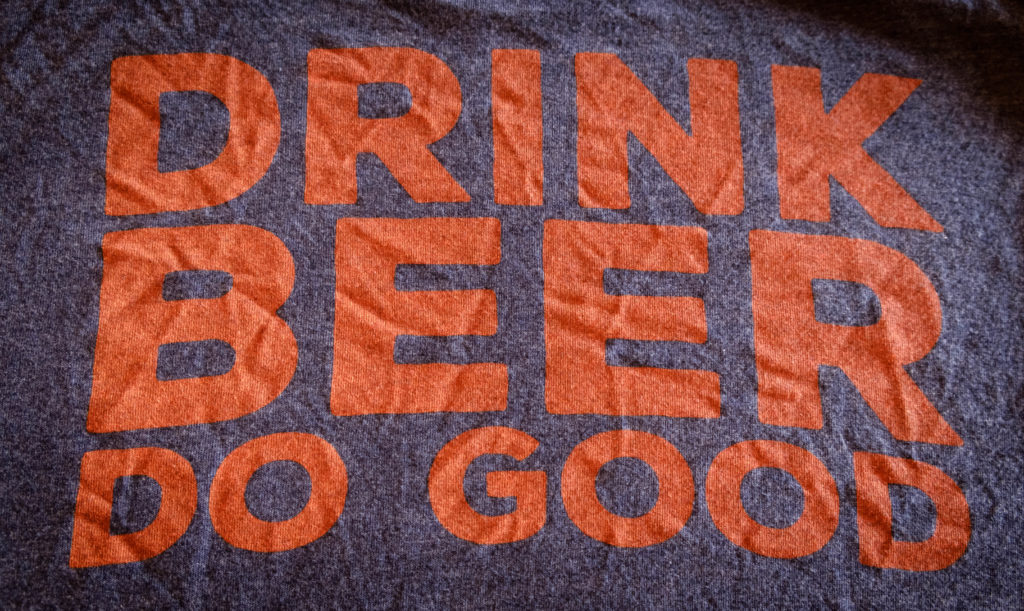 Founded in 2014 by engineer turned home brewer Joel Gregory when coming up with the idea for Ex Novo he thought long and hard about the kind of brewery he wanted Ex Novo to be. The result, a brewery that would cook up delicious beer while putting all of its success towards the effort of doing good.  Most breweries out there have a similar philosophy with many giving contributions to local charities or becoming active to better their communities. Ex Novo takes that noble concept and goes a step further. Embodying the philanthropic and change making spirit of Oregonians, Ex Novo is committed to donating 100% of its net profits, effectively making it the city’s first nonprofit brewery. 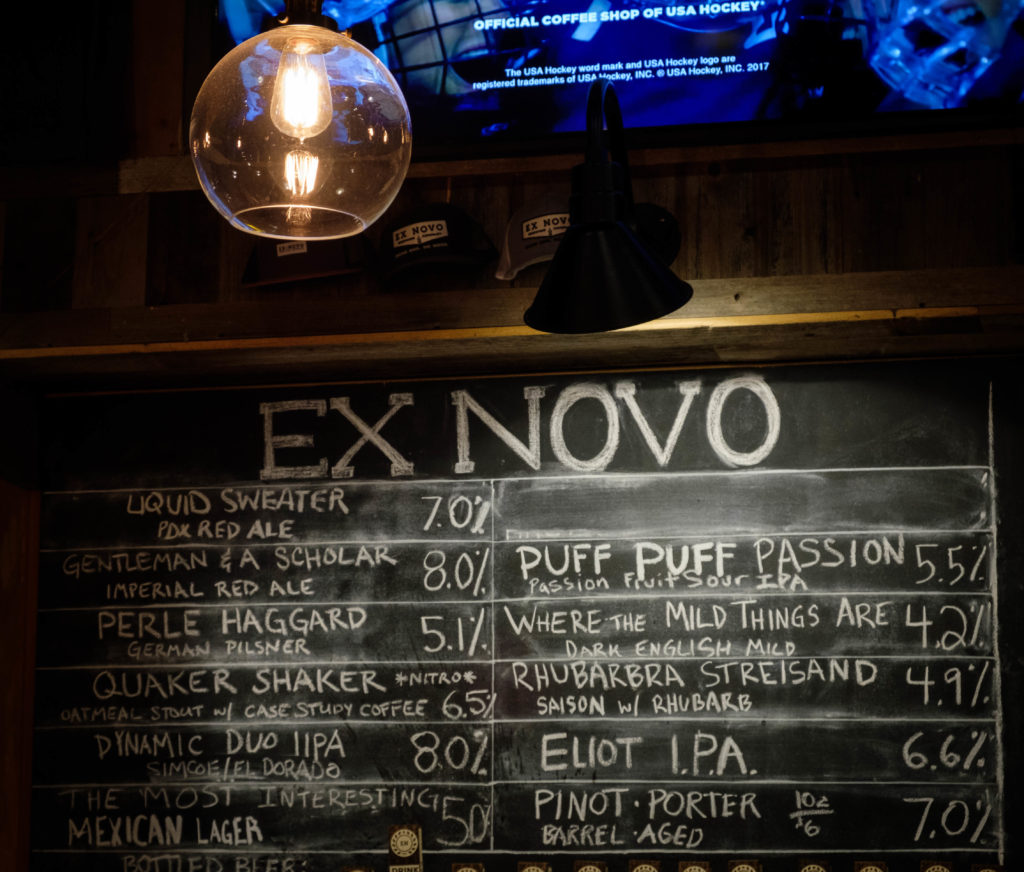 Ex Novo takes all that beer brewing cash and gives it to four big causes. Friends of the Children, a program with the goal of breaking child poverty, abuse and violence through prevention and early intervention. International Justice Mission guards the poor from violence and social injustice by lending aid to survivors and helps to serve justice to criminals. Impact NW is a community support group aiding individuals of all ages by fostering skills and lending resources to help those in need to achieve success. Mercy Corps is a world wide organization bent on alleviating poverty, social strife and oppression. Ex Novo has directly supported their efforts to provide relief to refugees fleeing conflict in Syria. In addition, Ex Novo also regularly leads a group of like-minded volunteers out onto the streets of Portland to take part in various community service projects to better their local neighborhoods.

Knowing all this I was more than happy to put my money down onto the bar in exchange for a row of Ex Novo tasters. Knowing that every extra dollar was going to these accredited organizations already had me standing firmly in the Ex Novo corner of the ring. The “do good” part was taken care of, now it was time to drink beer.

Eliot IPA is Ex Novo’s tribute to their home neighborhood. A year-round flagship, it combines robust tropical citrus flavors with dry hopped Citra, Mosaic, and Simcoe to create a crisp and exceptionally drinkable pale. The Most Interesting Lager In The World is Ex Novo’s take on the Mexican lager. Light and refreshing, Vienna and Pilsner malts mixed with flaked corn create balance and round out a beer that you could easily drink all day. 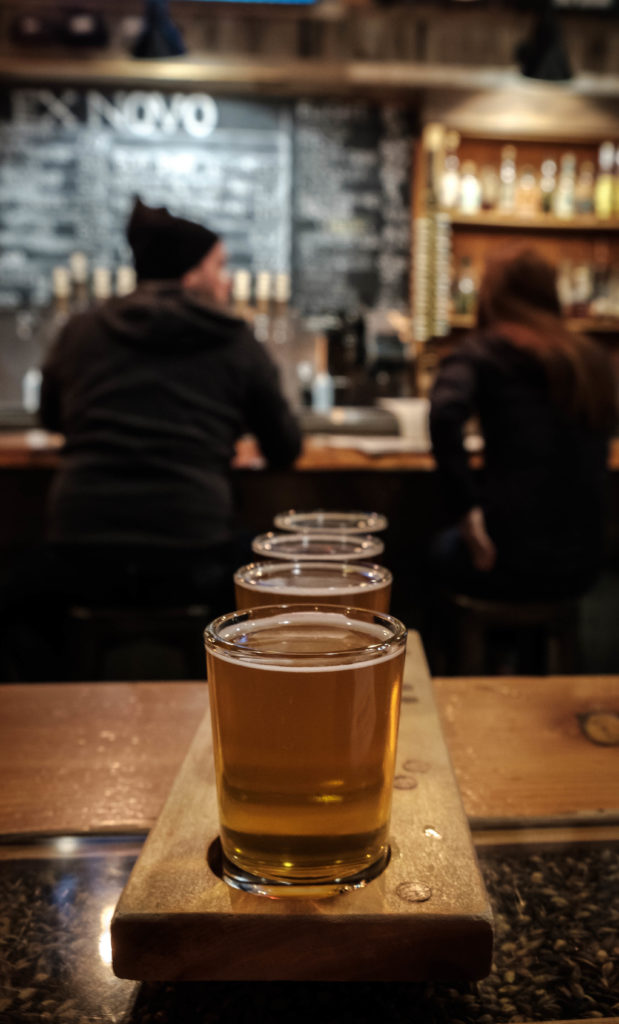 Launching a program of seasonal sours Ex Novo has come up with some tart creations that appeal to the die hard fan and the occasional Saison drinker. The Sour In The Stone is a sour saison fermented with 240lbs of fresh peaches and 220lbs of fresh plums. The addition of dry hopped Citra makes a tasty, well-rounded sour that isn’t too tart and isn’t too sweet. Meanwhile, Rhubarbra Streissand is a bright golden saison brewed up with a whopping 210lbs of genuine Oregon rhubarb. Slightly tart and exceptionally funky it is a creative and tasty addition to the brewery’s lineup.

In Latin “ex novo” means “from nothing.” After learning the brewery’s story and tasting some of what was on tap I knew that nothing had turned into a whole lot of something. While having started from small beginnings, Ex Novo has grown into something huge. Not in the sense of distributing to all 50 states or brewing up 80,000 barrels a year but so much more than that. A brewery that literally just brews up delicious beer and does copious amounts of good. Through well run charitable partners and a standout run of delicious and solid beer recipes there was no part of me that felt bad about spending my money. Ex Novo combines quality beer and the noblest of philosophies to serve Portland, to improve Oregon, and to better the world.

Check out this exclusive interview with Joel Gregory and Brewery Pak’s Paul Martinez at this year’s Great American Beer Festival.