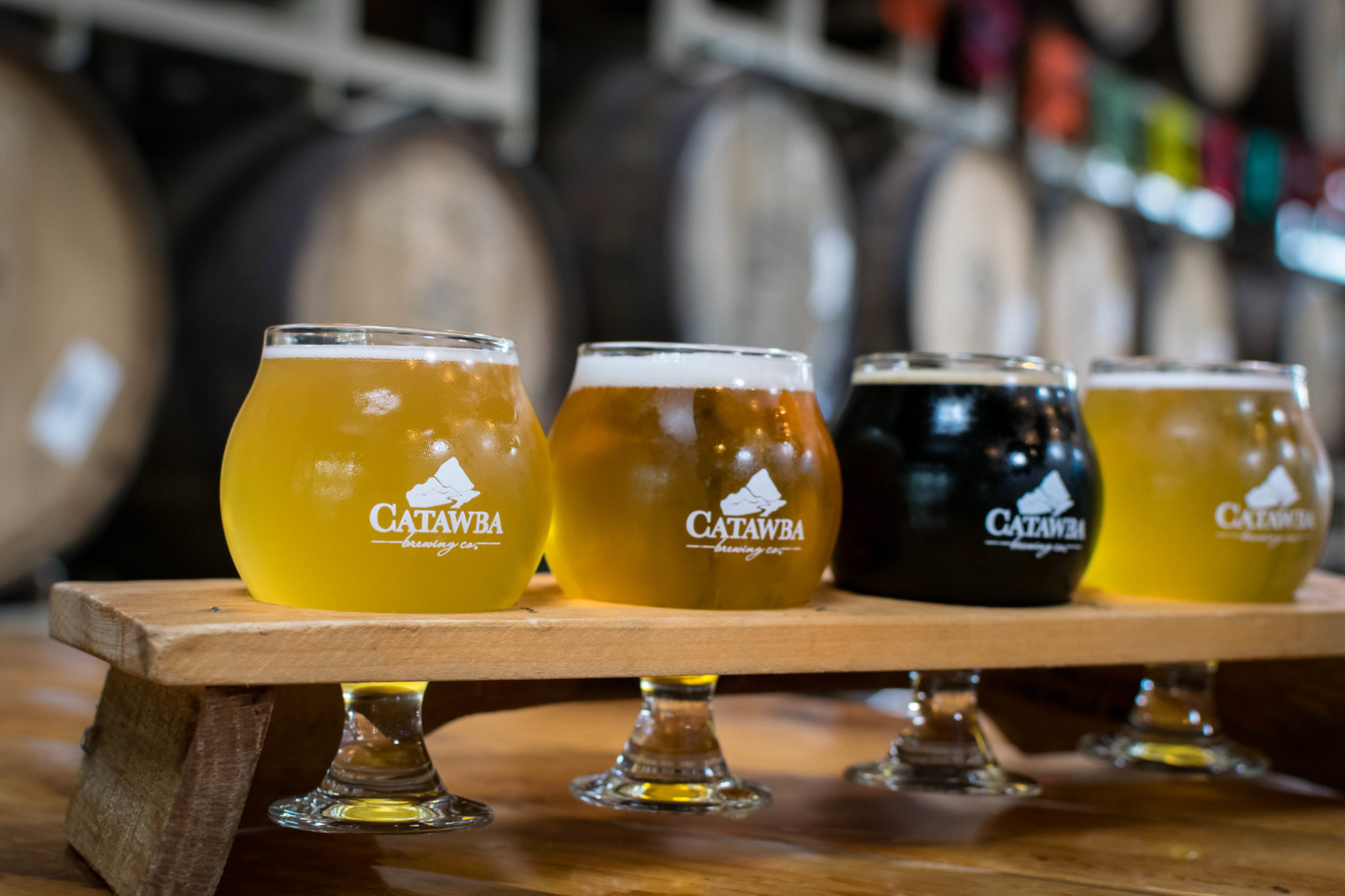 The rock beneath my feet was slippery. The waters of the Catawba River flowing over the smooth stone making it slick with moss. Placing my feet firmly, I looked up at the tumbling cascades of Catawba Falls. The cool water ebbed and flowed through every conceivable crevice, dropping down over fallen trees and overturned boulders as a steady trickle in some places while a raging torrent in others. It looked more fountain than waterfall, a truly unique treasure of the Blue Ridge Mountains. Backing away from the mist of Catawba the heavy humidity hit me like a hammer. Making my way back towards the trailhead I had one thing on my mind. Heading into Asheville, the Craft Beer Mecca of the East and ordering up a pint of the coldest beer I could find.

I’d never been to Asheville before but after my recent hiking adventure the name on the brewery door was delightfully familiar. A logo of blue mountains and a meandering river capped the brewery’s name; Catawba Brewing Company. Of the numerous breweries that call Asheville home it seemed I was fated to enter this one.

Stepping into a brewery I was again met with the sight of Catawba’s logo, this time colored in chalk on a floor to ceiling sized blackboard. Racks of barrels lined the opposite wall, while thick wooden tables spread out around the hard floor. I skirted past a pair of Labrador retrievers, rolling and jumping playfully at each other. Pulling back one of the high wooden stools, I took a seat at Catawba’s long taproom bar. 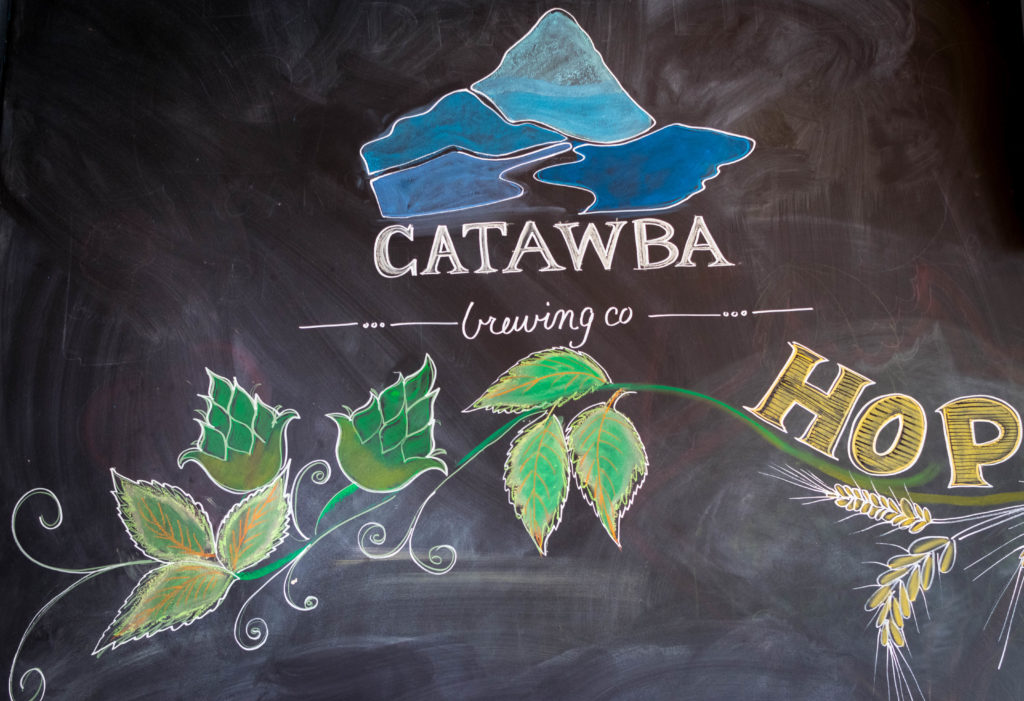 I eyed the taps thirstily. Asheville had a reputation for its exceptional craft breweries and I was honored to be sitting down at one of those trailblazing establishments. Family owned and operated, Catawba was started way back in the 90’s when craft was still young. Brothers Billy and Scott Pyatt along with Billy’s wife Jetta kicked off a passion for brewing when Jetta purchased a home brew kit for her husband. That passion grew from home brewing to lugging brewery equipment cross country from Colorado, to beginning production, scaling up from one location to three and distribution out of state.

With a history spanning over a decade and Asheville hype fresh in my mind I eagerly reached for my first sample. White Zombie, a seasonal turned regular was the perfect place to start. Light, crisp and refreshing this white ale follows the Belgian tradition of using unmalted wheat to create an airy body and white color. Flavorings of coriander and orange make White Zombie the perfect brew to kick the humidity. I moved on to something darker, Brown Bear, another Catawba staple is tapped as the brewery’s signature brown ale. Dark in color and smooth in body, chocolate and caramel are added to compliment rich malts that make for a robust and flavorful brown. 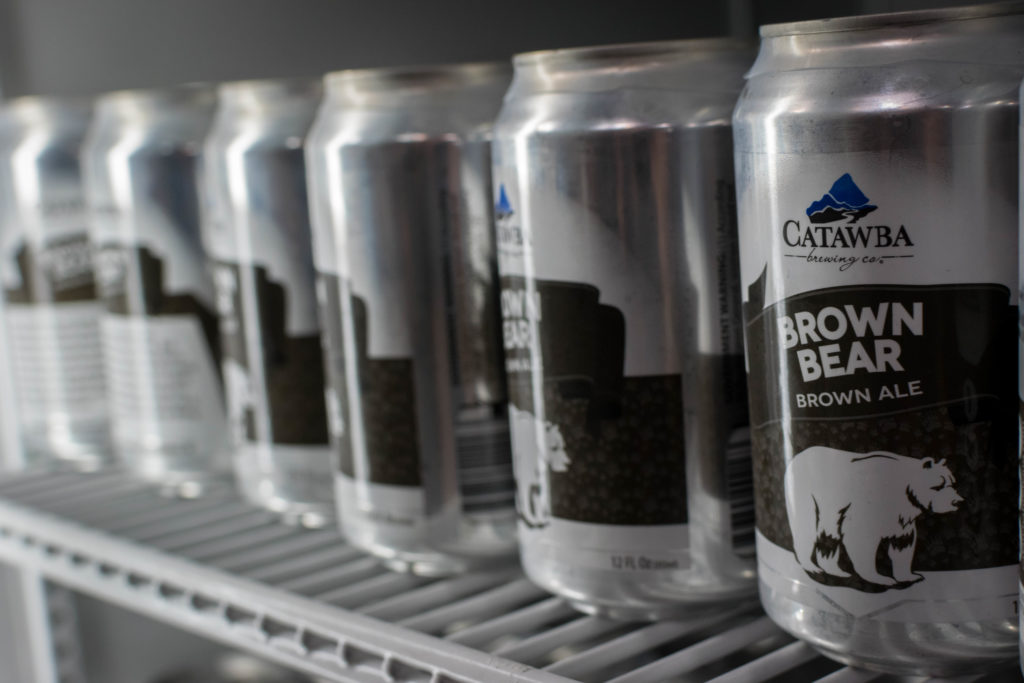 Overhead I heard the quick strum of musical chords. Looking down towards the end of the room I caught the sight of a guy clad in fedora and plaid shirt tuning up an acoustic guitar. A hike, craft beer, and live music. Asheville was quickly living up to its reputation. Hopness Monster, the next beer in my lineup also didn’t disappoint. Chock full of Citra and Cascade an aggressive hoppy profile gave way to notes of tropical fruit and tangy citrus. A balanced IPA with tons of character. 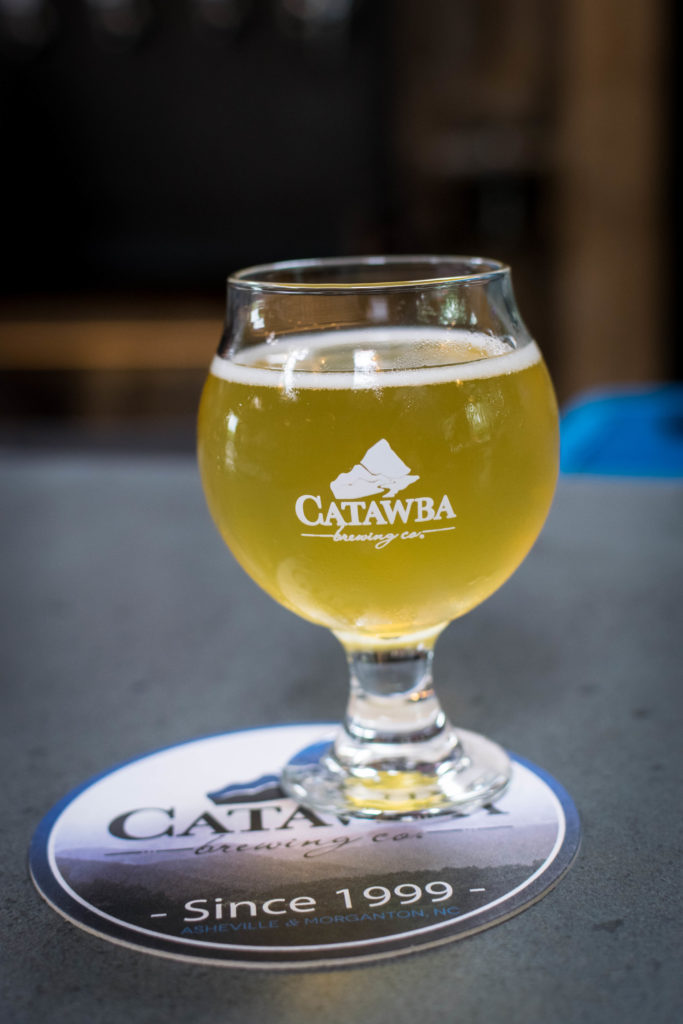 Looking over the bar I noticed tiny flags hanging from the counter. The logo of Eagles Nest Outfitters or “ENO” displayed on each one. I was familiar with the brand, a manufacturer of hammocks I had an ENO back home, packed away in my closet. It was a frequent accessory on any hike with the possibility of encountering two trees with only a moderate space between them.

“What’s the deal with the ENO flags?” I asked the guy manning the taps.

He eyed the flags and then flipped a glass over in his hand, pressing it under a tap. “They’re our neighbors.” he said, nodding towards the window. “We just did a collaboration with them.” he continued, pulling the handle. “Check it out.” he slid the full glass in front of me along with a can of the special release.

ENO Pilsner was created with traditional use of German Tettnanger and Hallertau Mittlefrueh hops. Catawba threw in some American spice with the addition of Idaho #7 hops to create flavors of subtle citrus notes. The result is a light beer perfect for all day sipping or more importantly all day hammock sitting.

Eyeing the logo again on the full can of ENO Pilsner I looked on the graphic with new eyes. When viewed head on ones sees an image of blue mountains, curving ridge lines and a bending river, invert the image and you have a perfect outline of the two Carolinas. It was a further nod to the brewery’s roots and a clever one at that.

Catawba Brewing Company was everything I had wanted an Asheville brewery to be. It combined great tasting beer with a culture tied to the outdoorsy nature of Asheville. The Pyatt’s had built a successful brewery with a deep appreciation for the beauty of their surroundings. I longed to return to the nearby waterfall with a six pack of Catawba beer and my hammock in tow. Twice in one day the namesake of the falls and the brewery left me happy and content. 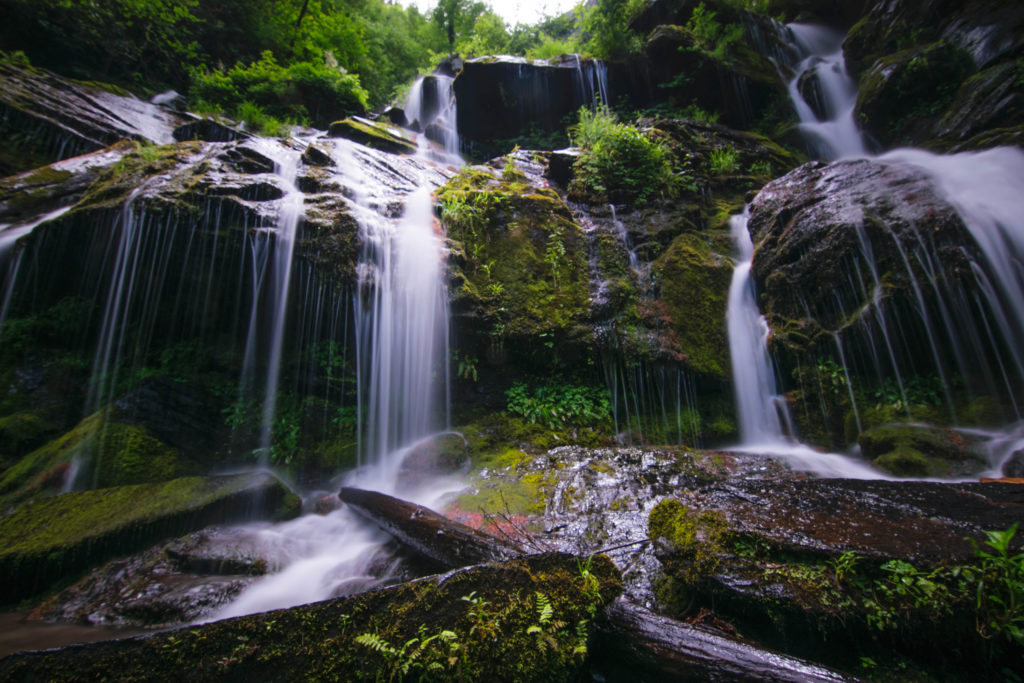