×
You are here: Home / Hoppy Thoughts Blog / Casey Brewing & Blending: True Mountain Sours and Brews in the Heart of the Rockies

Casey Brewing & Blending: True Mountain Sours and Brews in the Heart of the Rockies 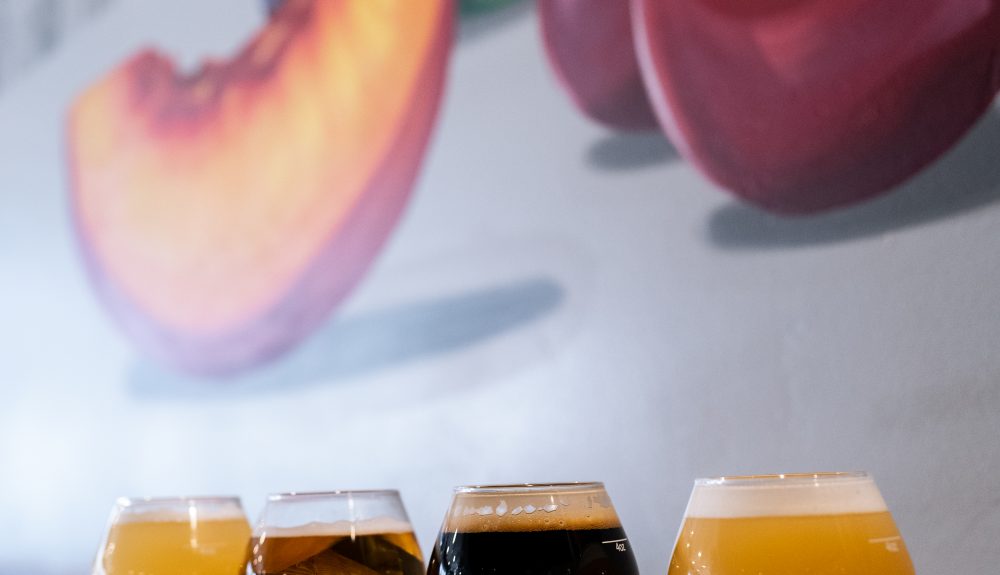 Two short whistle blasts followed by the screeching of metal brakes.  I looked out the taproom window and saw the California Zephyr, the cross Western train come screeching into the Amtrak station just across the street.  Moments later, passengers descended from the cars, some coming from as far afield as Sacramento, Reno, and Salt Lake City.  They shuffled past groups of onlookers waiting to board, people bound for Denver, Omaha, and Chicago.  Overhead, an overpass, the off-ramp for Interstate 70 cast a thick shadow across the rear cars of the train.  The main artery through the mountain west, the highway and off-ramp continuously deposited cars, trucks and buses into town.  Parallel to the train tracks and far below the highway, rolled the mighty Colorado River, and though I couldn’t see them I knew at that moment kayakers, river rafters, and fly fishermen were all floating by.  The town of Glenwood Springs is well positioned.  A nexus of the mountains where rails, rivers, and roads meet.  It is an ideal stopping point for travelers, tourists, and business people.  They come from all over the country, all over the world.  And many of them are thirsty. 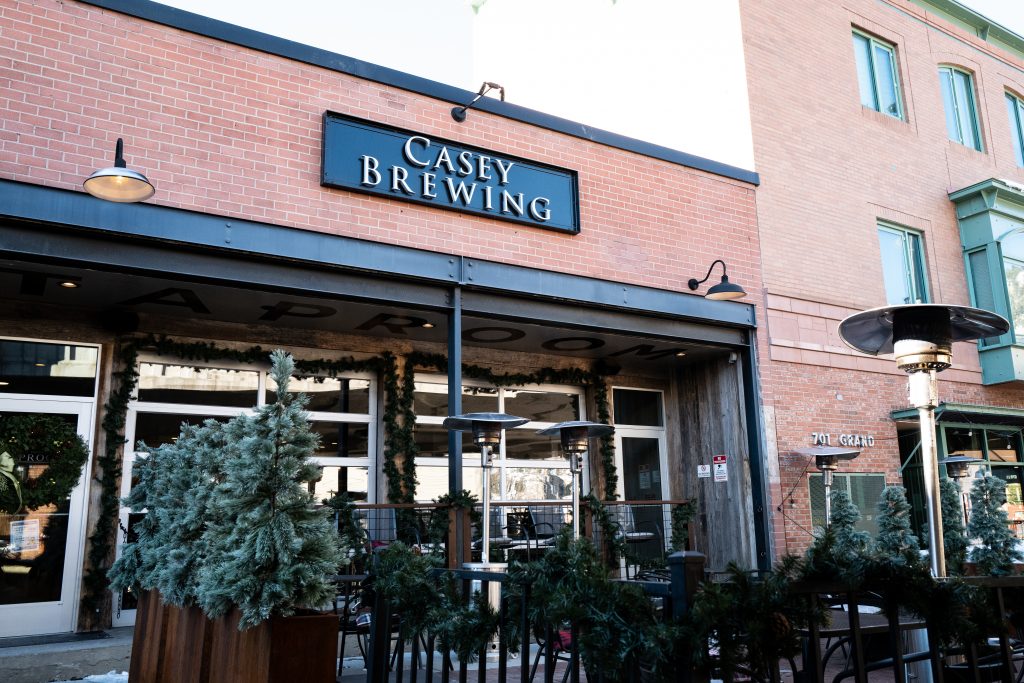 A mere stone’s throw from the rumbling railroad and roaring Colorado sits a Glenwood Springs staple.  Nestled in the small historic downtown, on a street that harks back to a time of steam locomotives and gold rushes sits Casey Brewing & Blending.  A modern brewery founded by husband and wife duo; Troy and Emily Casey.  A warm brick facade and rich hardwood floors invite patrons inside while along an adjacent wall a large mural adds vibrance to the atmosphere.  A still life that would be at home within the quiet corners of any upscale art gallery the piece depicts an array of fruits, cherries, blackberries, peaches and a colorful Monarch butterfly.  All of these carefully arranged around a tall tulip glass filled with frothy beer.  The mural is the perfect introduction upon entering Casey Brewing, it displays the essence and flavor of what the brewery is all about.

Up at the bar I met Casey Brewing’s resident beertender, Michael Ladoucer.  He quickly got me up to speed with some background on how Casey Brewing got its start.  Troy Casey cut his chops at Miller Coors, a Colorado brewing giant and nationwide household name.  Later on he took his love for old world style brewing and diving into the facinating world of wild culture fermentation headed off west into the mountains it kick off his own craft brewery.  Together with wife, Emily and her keen human resources know-how acquired from her time working for Whole Foods, they assembled an all star brewing team and set to work building up a unique and acclaimed brewery on Colorado’s Western Slope.  They expanded their operation into two locations, a Barrel Room where guests can schedule exclusive tastings and experiences from the Casey archives and the downtown Glenwood Springs Taproom I was currently standing in.

Michael lined me up a row of tasters and I set to work diving into Casey Brewings menu.  Their claim to fame and varietal of perfected craft is in the realm of barrel aged sours but for those who don’t dabble in the tart and sweet there is plenty on hand in way of hoppy IPAs, rich stouts, and crisp pilsners.   I gravitated immediately to their rotating Funky Blender series.  A lineup of barrel aged sours that changes with the seasons coinciding with fruit harvests and the experimental whims of the Casey Brewing team.  I dove headfirst into their Funky Blender Peach Sour, light and refreshing it had just the right amount of pucker with a crisp finish.  Next I went for the slightly sweeter and more rich Funky Blender Grape Merlot and Blueberry Sour.  All of their sours are exceptional and unique, the brewing and fermentation process involving an array of wild yeasts combined with barrel and bottle aging to perfection.  Moving down the line I primed my tastebuds for hops with their NZ State of Mind, a citrusy and hoppy hazy IPA chock full of Nelson and Motueka hops.  To round things out I saved the smooth and heavier Wrong Answers Only, their Bourbon Barrel Aged Imperial Stout for last. 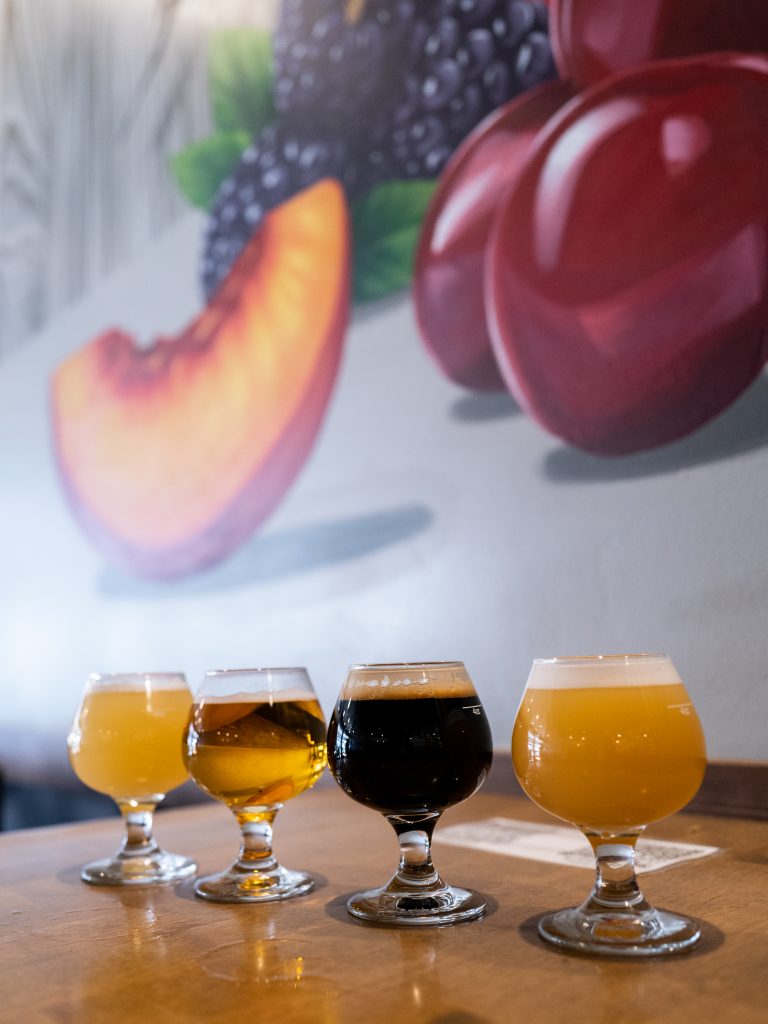 Casey Brewing strives and prides itself on keeping things as local as possible.  In fact 99% of the ingredients used in their beers are all native to Colorado.  Casey Brewing scours the state to find the freshest and best fruits.  Whether it be peaches from the western town of Palisade or tart cherries from small enclave of Paonia down south, Casey Brewing even goes as far as to fund farmers and growers so they can grow the types of fruits and ingredients the brewery is looking for.

While there are no shortage of breweries in Colorado you’ll be hard pressed to find another that offers the true flavor of the state like Casey Brewing does.   It is fitting that in this town of intersecting railways, highways, and rivers, locals and passerby alike can pull up a stool at Casey Brewing and knowingly or not get an unfiltered and delicious taste of Colorado in every glass. 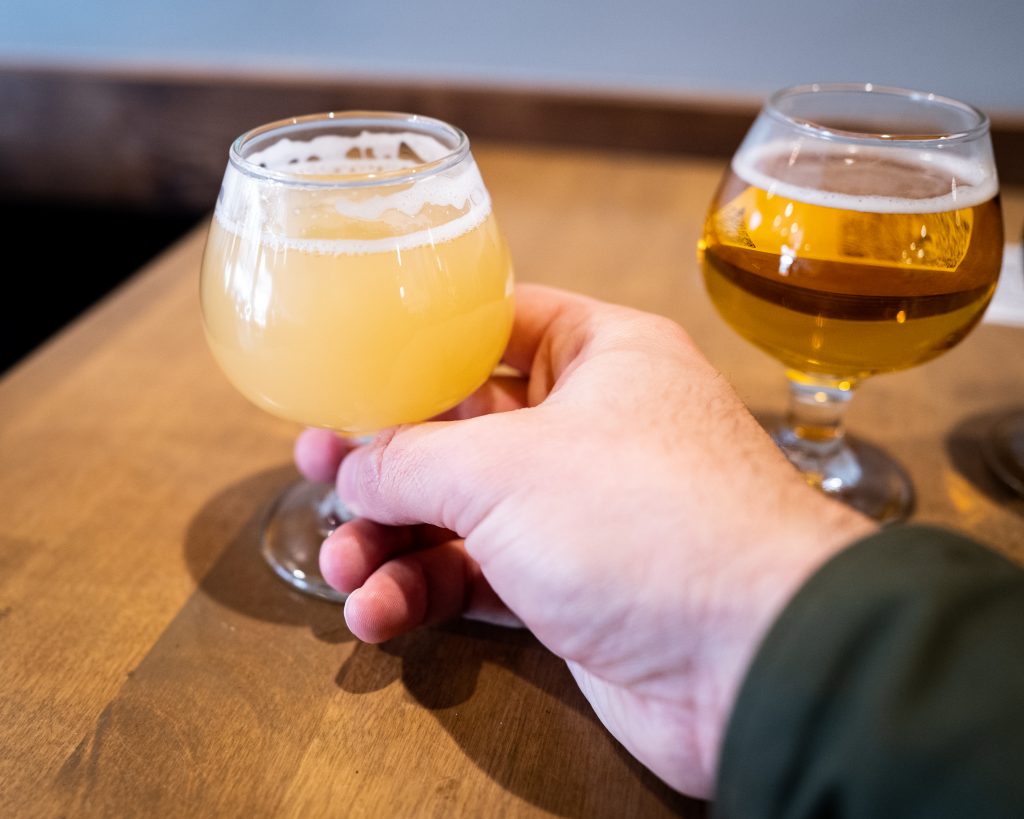