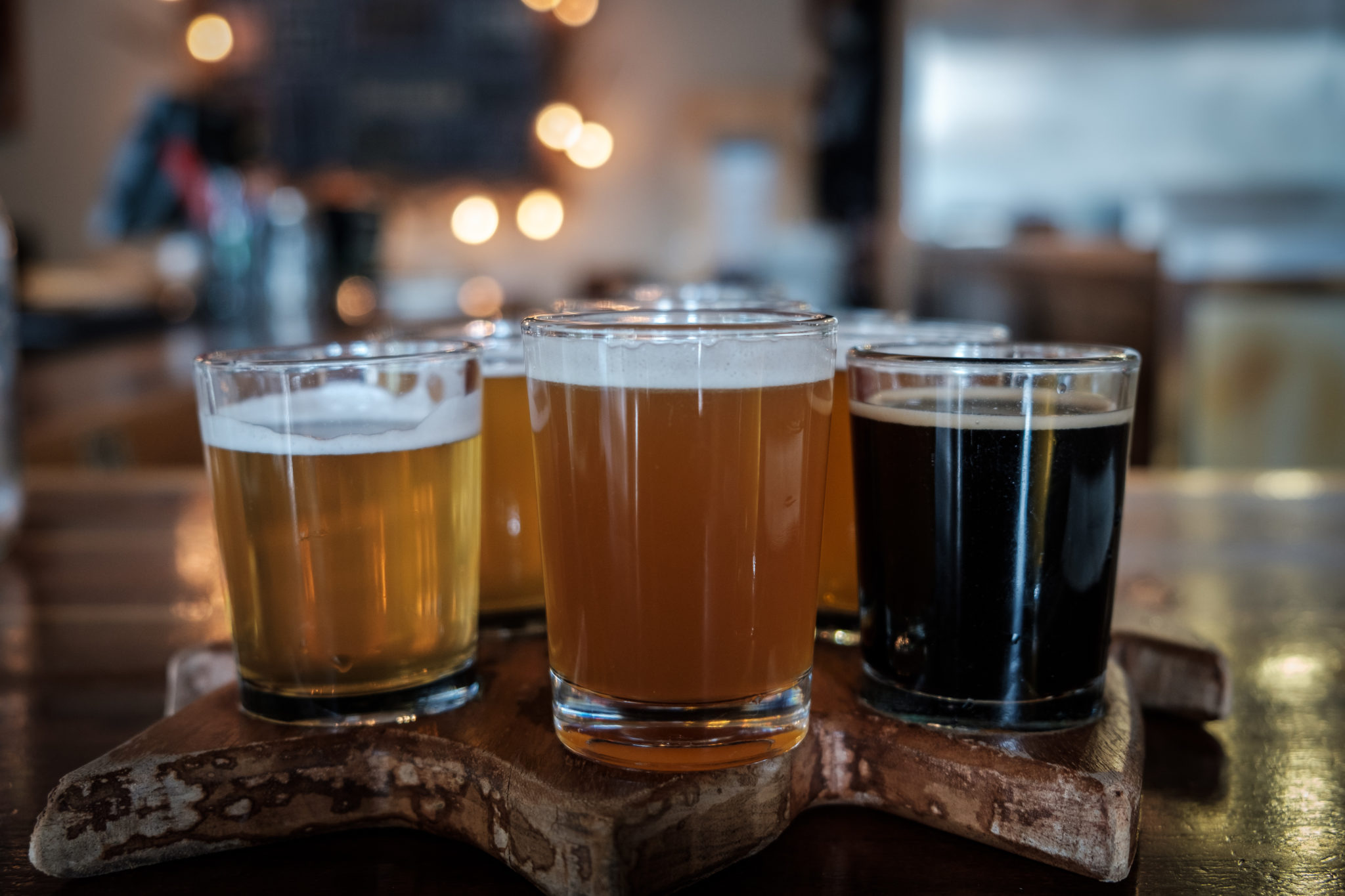 It was my first time in Portland, the craft beer lover’s paradise: Beervana. With upwards of 84 breweries in the metro area it seemed I could throw a stone in any direction and it would clatter off the keg of a nearby brewery. I walked the damp Pacific Northwest asphalt. Crossing a bridge over the Willamette River, getting myself acquainted with this hophead destination, I passed through neighborhoods of boutique shops, graffiti street art, and eclectic cafes. Coming to a stop in front of Burnside Brewing Company I decided to pull the handle and enter the realm of the Oregon craft beer world. 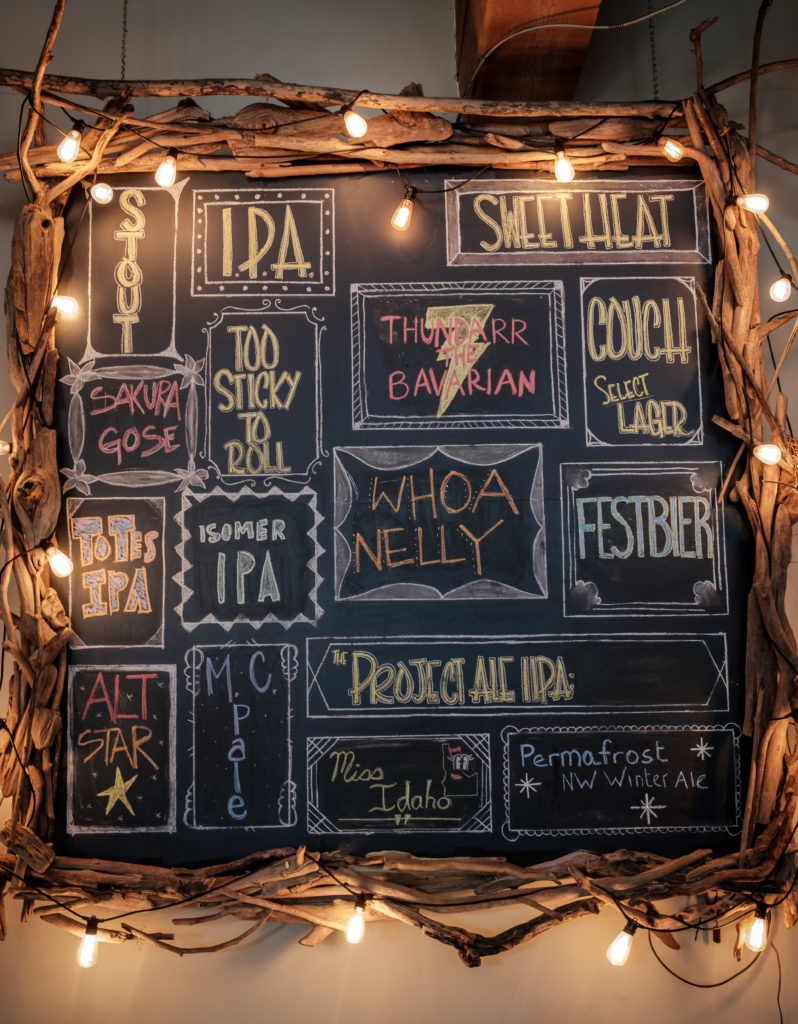 Part backwoods lodge part hip eatery the taproom harbored elements that one could only describe as being uniquely Portland. I gazed around to see walls adorned with deer antlers, pine cones, twisted vines and string light bulbs. A shiny bar, industrial ductwork and a hanging green canoe all added accents to the space. I looked up at the beer menu, an artsy chalkboard surrounded by Edison bulbs and a criss crossing of sticks and twigs.

I was soon introduced to Grace. From behind the bar she brushed back her long red hair and pushed up her brimmed glasses then got to work directing me to some of her favorite offerings on tap. With Burnsides 15 beer flight and Grace’s tutelage I was in a good to position to have the best of what was on tap.

Gazing behind her as she poured each brew I saw flames flare up from the grill inside Burnside Brewing’s open kitchen. Catching smells and sights of braised pork, smoked turkey, and grilled veggies Grace read my mind and pushed a food menu in front of me. It wasn’t long before I was getting to work on the hefty Burnside flight and digging into a delicious cubano sandwich.

Sweet Heat combines just what its name implies. A wheat ale, the initial flavors are sweet and tart compliments of the addition of apricot puree. The finish has a touch of spicy fire that lends to the ale being brewed with imported Jamaican Scotch Bonnet peppers. Adding spicy peppers to a beer is a fickle thing with their hot fire easily overpowering the rest of the beers profile but Sweet Heat was perfectly balanced.

In collaboration with Takashi Tsutsui of Shonan beer, Sakura Gose is Burnside’s nod to their friends across the Pacific in Japan. Kettle soured and brewed with Burnside Brewing’s house lactobacillus it houses subtle flavors of Japanese salt cured cherry blossoms or Sakura. It is slightly sour and slightly floral, an excellent and unique twist on the traditional gose. 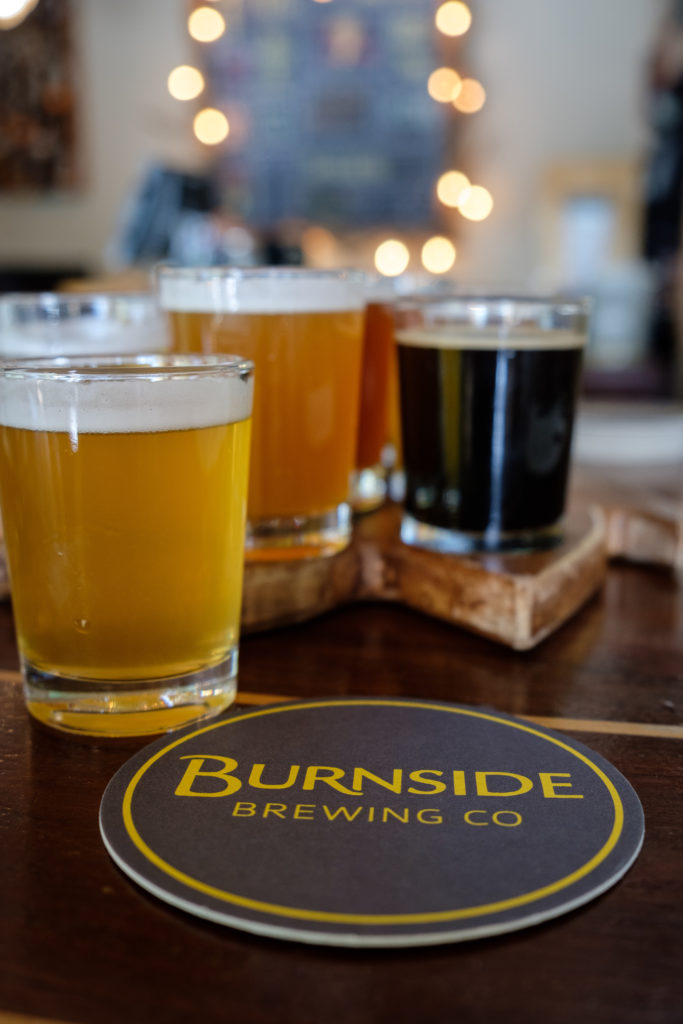 The seasonal fan favorite, Permafrost is a Northwest style winter ale. Brewed with an array of 7 different malts and large amounts of Meridian and Amarillo hops a complex malt body is backed up with a juicy and hoppy profile.

Couch Select Lager is brewed in the German Helles style. Quality pilsner malts, Sterling Hops and fermented with Bohemian lager yeast it is airy and light. Slightly sweet and crisp it is a good all season, all day drinker.

Stuffed from my cubano and enjoying the last of my long flight of brews I was lucky enough to be introduced to Chip Conlon, Burnside Brewing Company’s head brewer. We walked together into the neighboring brewing facility and toured what the brewery was currently cooking up.

“We run on a fifteen barrel system.” Chip explained as we walked past the tall shiny chrome tanks.

Looking up at the high ceiling I asked Chip what the space used to be used for.

“Used to be an old facility that sold industrial sized scales.” he said with a chuckle. “After that it was a laundromat.” he added. “We started brewing in 2010 and have brewed about 500 different types of beer out of here since.”

Priding themselves on creativity and continuing innovation Burnside keeps its tap list fresh and new and with Chip’s help brewing some of those 500 odd different beers many have gone on to win awards. It was no surprise that two of my favorites, Sweet Heat and Couch Select Lager were all time best sellers.

Burnside Brewing Company is also host to the Portland Fruit Beer Festival. A summertime celebration featuring dozens of beers exploring the world of tart, juicy, and rich brewed with the freshest and sometimes most exotic fruits.

As I parted ways with Chip and Grace and settled up my tab I applauded my choice of Burnside as my first stop on my Oregon beer tour. As an introduction to Portland craft Burnside Brewing Company’s creative, complex, and delicious brews were the perfect unveiling of all that the beer accredited city had to offer. Walking out the door and on to my next brewery I knew I was well on my way to achieving Beervana. 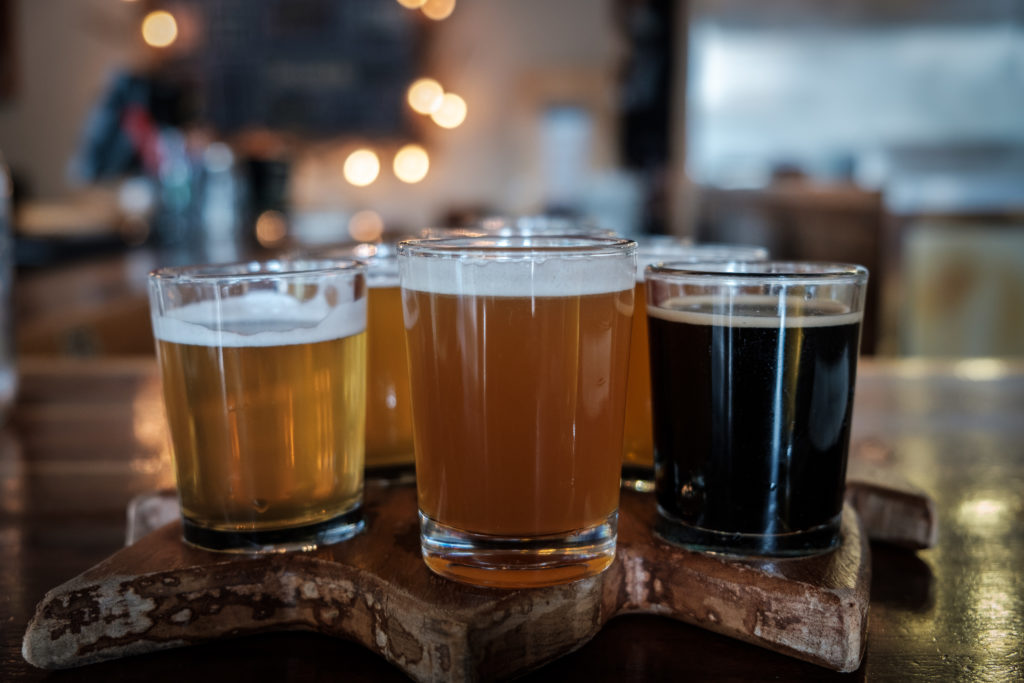