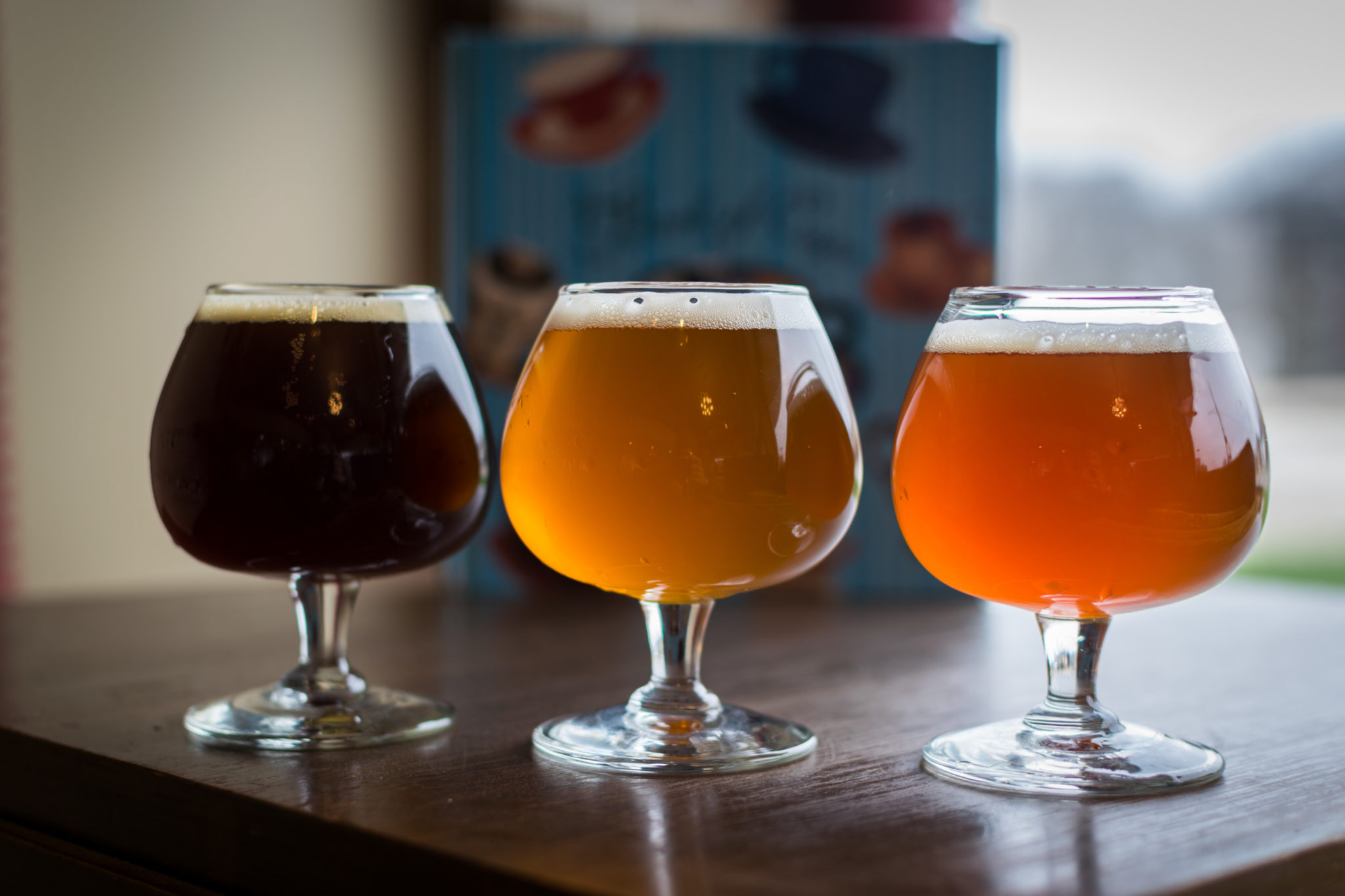 The first thing that hit me was the smell. It didn’t smell like your typical brewery. The familiar scent of hops was there but it was mixed with a lot more. The aroma of fresh coffee grounds, green tea leaves, and steamed milk all wafted through the air of one of Kalamazoo’s smallest breweries: Brite Eyes Brewing Company.

The welcoming smells betrayed the true concept behind Brite Eyes. Part brewery, part cafe Brite Eyes moved between these two worlds seamlessly. Conceptualized by owner’s Brian and Shelby Pierce and their love for both good beer and delicious hot coffee and tea.  When they set out to found Brite Eyes they wanted the best of both worlds.

Small and cozy as you’d expect a cafe/brewery hybrid to be, a short bar with a row of high wooden stools dominated one side of the room while sporadic counters, chairs, and short tables covered the rest of the taproom’s space. Large windows that occupied two of the four walls emitted warm and welcoming light while quirky signage and two large robot figures made for hip décor that would be at home in a coffeehouse or brew pub. The laid back vibe was all accentuated by the Black Keys’ Gold on the Ceiling reverberating from overhead speakers. 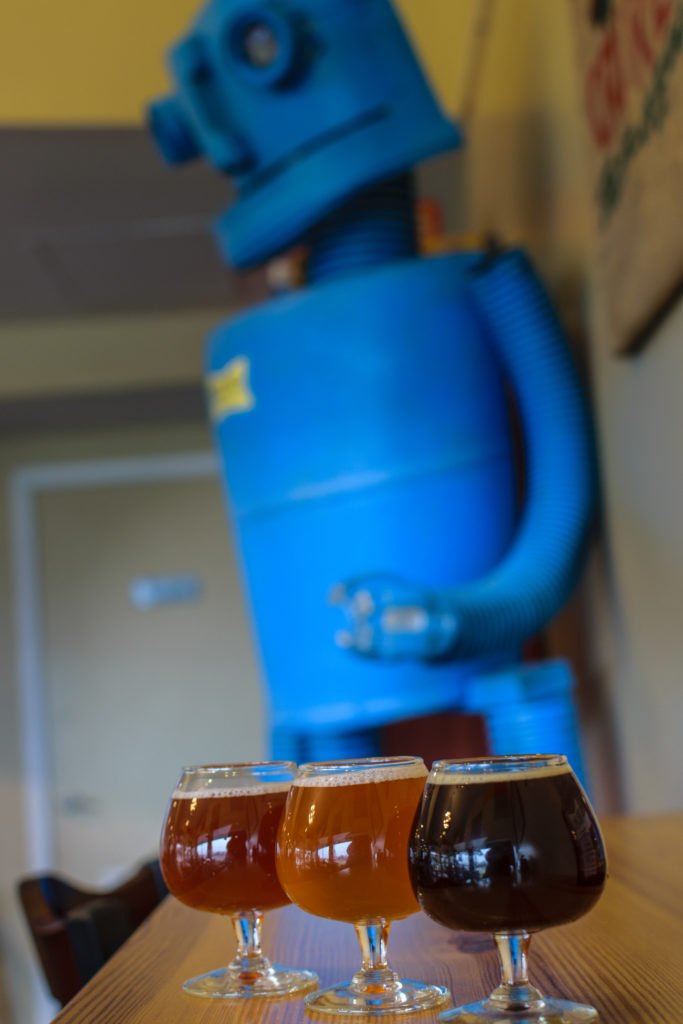 With an espresso machine and tapped kegs sharing the same space I was eager to explore how the Brite Eyes concept reflected on its beer. As I ordered up some brews to taste I quickly learned that in a pint of Brite Eyes beer you could literally have the best of both the cafe and brewery world.

Rooibos Reserve, an amber ale infused with rooibos tea leaves was smooth and drinkable. Initial flavors of malt quickly took a backseat to rich hints of rooibos and vanilla. As an avid beer and tea drinker I never thought I’d find both in one glass, it was a pleasant surprise. Maple Walnut takes things into the coffee realm. A deep porter using locally sourced coffee started strong and ended sweet with subtle hints of maple syrup.

For those not on the coffee and tea wagon, Brite Eyes also hosts a traditional collection of creative drafts. Fearless the Idiot, their signature American style IPA was hoppy and balanced, with enough bite to compete with any other IPA out there. Southtown Brown, a traditional brown ale lent its full flavor to a mix of malts and subtle notes of hazelnut. Brite Eyes’ small operation with a sole one barrel system means that things are kept fresh and creative with a rotating list of beers debuting frequently.

On the cafe side of things, Brite Eyes has a variety of coffee and tea. Crossing over from the brewery they even sport cold brewed coffee blends on Nitro. A breakfast menu of hearty scrambles or sweet french toast and a lunch menu of both hot and cold deli sandwiches as well as salads and sides are a good compliment to an afternoon beer or coffee.

Brite Eyes’ strategic location couldn’t be better suited to this duel beverage marriage. Situated in downtown Kalamazoo at the confluence of South Burdick Street and the West Crosstown Parkway it was in the perfect spot to grab a morning coffee on your way to work or stop for a beer on your afternoon commute. 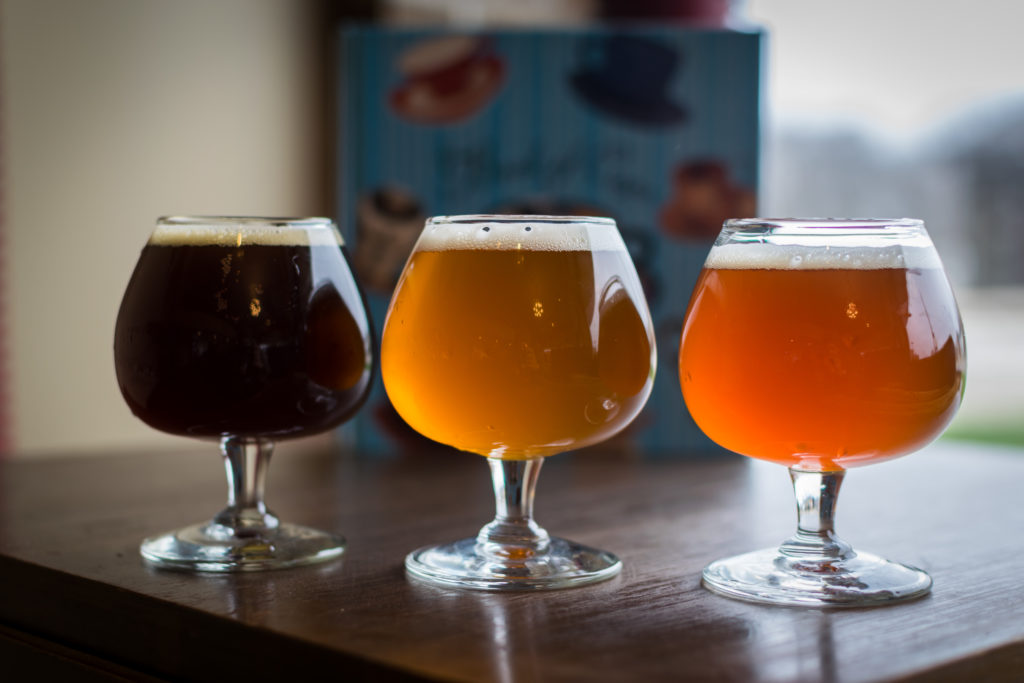 So whether you are a coffee junkie, a tea sipper, or a craft beer enthusiasts Brite Eyes is the perfect place to pull up a seat. Sitting and polishing off my glass of Rooibos Reserve I was impressed by Brite Eyes’ enterprise. Combining two passions under one roof and into one glass was no easy feat, but Brite Eyes pulled it off with creativity, hip flare, and that one-of-a-kind craft brewer ingenuity.