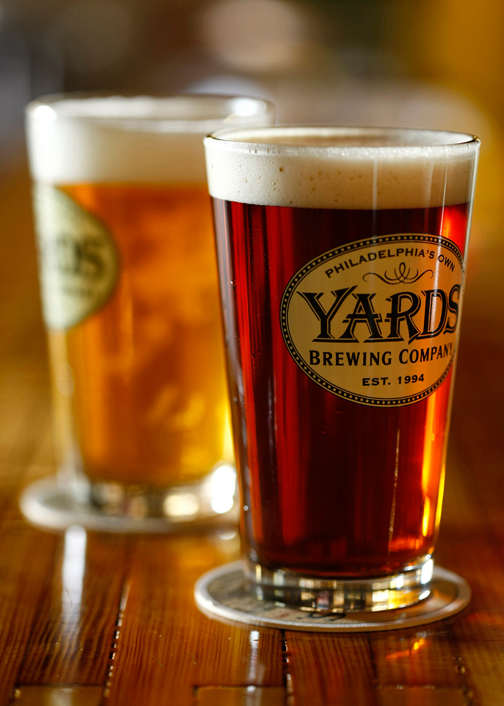 Yards Brewing Company has long been a fixture of the Philadelphia community.  A veteran of the city’s craft beer scene, from its humble 1994 beginnings it has grown into an East Coast powerhouse, brewing up a variety of delicious creations.  Since those early days Yards has bounced around several Philly neighborhoods, celebrated with the city as the Phillies won the 2008 World Series and has won countless awards locally and nationally.  Known for stellar year-round lineup of popular beers, from the malt forward Brawler to the rich Love Stout.  Yards pays homage to history with its Ales of the Revolution series of brews.  Utilizing recipes that were once in the hands of the Founding Fathers, Yards recreates traditional beers that were once sipped in the halls of Monticello and Mt. Vernon.

Moving on to the next big chapter in the brewery’s history, Yards has just completed a brand new production and taproom facility in Philadelphia’s Northern Liberties neighborhood at 500 Spring Garden Street.  At 72,000 feet the new brewery is an impressive beast.  Doubling the brewery’s current production of 42,000 barrels a year everything from brewing to canning and bottling will be done at the new facility.  With lots of natural light, entertainment, and space, guests can sample all of Yards’ best creations along with exclusives in the facility’s sprawling taproom.

As the new brewery prepared to open its doors we got a sneak peek behind the scenes of some of the last minute preparations.  Check out this exclusive video as Hoppy Thoughts tours the new facility with Yards’ COO Trevor Pritchett and Brewery Pak’s Insurance Brewmaster Paul Martinez.