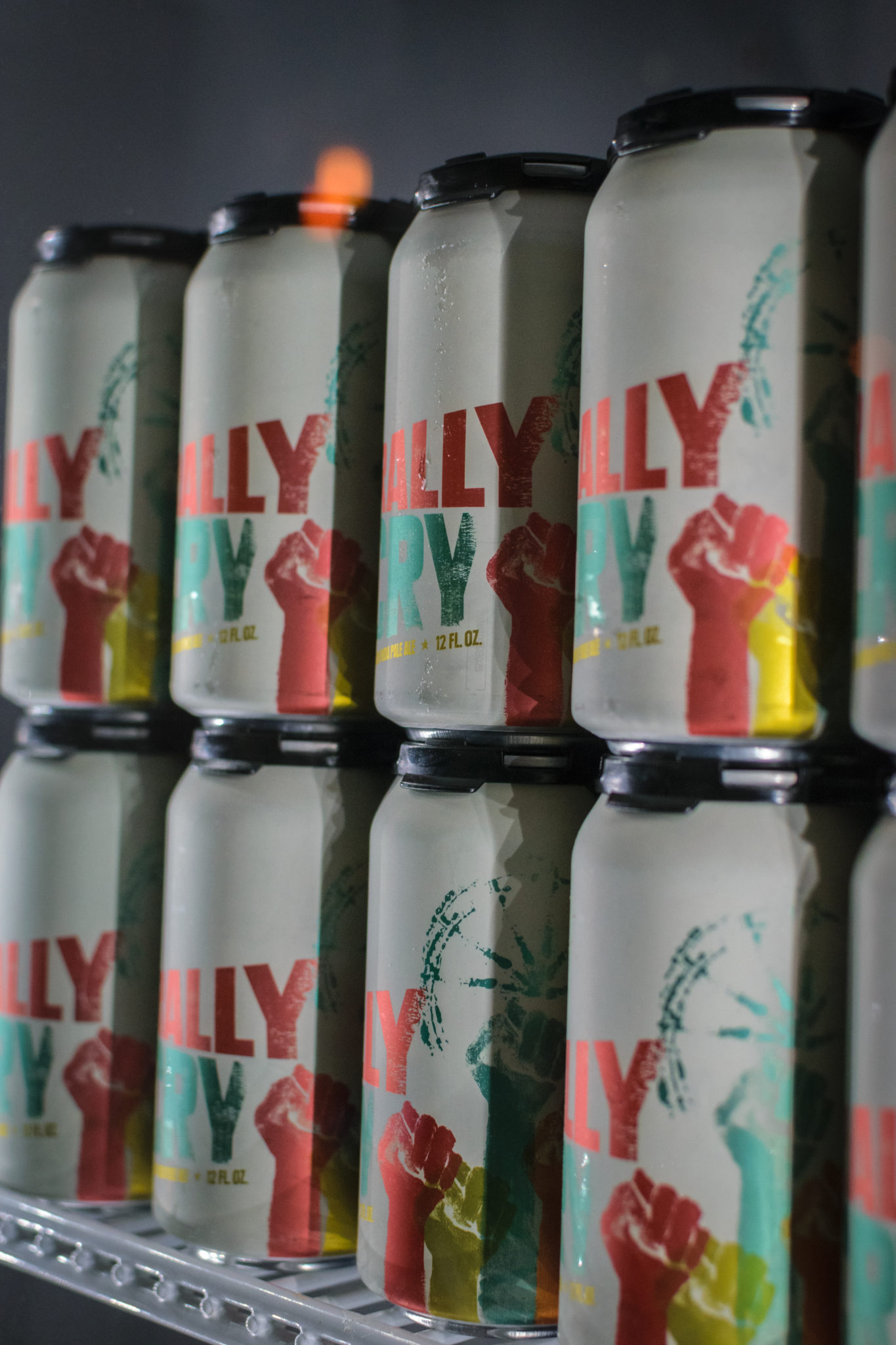 When I walked into Atlas Brew Works one sunny afternoon I immediately had a sense of deja vu. There was something in the air familiar about the brewery. Entering the big open space I tried to put my finger on it. Square tables and chairs occupied the floor under a high ceiling of criss-crossing ductwork. Old school arcade games and a couple flatscreens hugged the two toned blackened walls while speakers bounced heavy metal music around the room.

Sitting up at the bar I was greeted by a friendly face. His name was Hunter and his appearance matched the music. Long blonde hair, a goatee, and silver studs gleamed from his fingers and wrists. He slid a menu in front of me and stood by at the taps.

I started things off with a brew as dark as the metal that rained down from Atlas’ speakers. Silent Neighbor did the trick, roasted barley and notes of rye and chocolate gave way to flavors of deep molasses and quiet touches of fruit. Hunter watched as I sipped the heavy stout.

“Its in honor of our neighbors.” he said, gesturing behind me.

I turned around and looked out the front door and across a sun dappled West Virginia Avenue. Rows of solemn tombstones covered a grassy knoll.

“Well the name is certainly appropriate.” I said, raising my glass.

“Thats the Mount Olivet Cemetery, one of the most historic in D.C.” Hunter said. “They never issue any noise complaints.” he added with a smile. 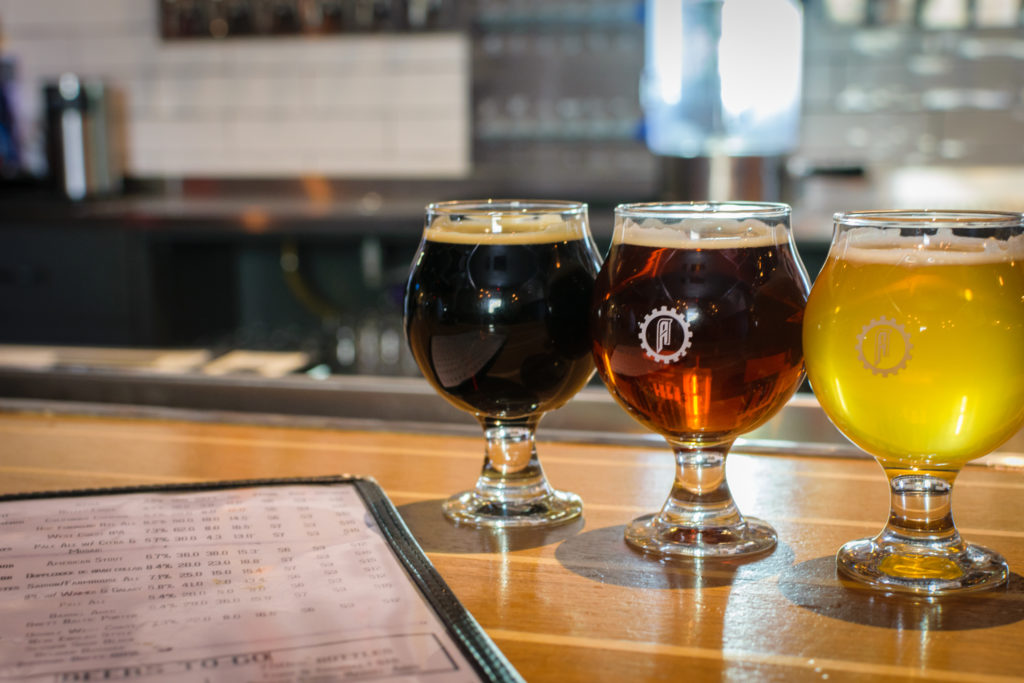 Taking another sip of Silent Neighbor I picked up a small flyer on the counter and turned it over. Suddenly it dawned on me why Atlas seemed so familiar. The flyer was advertising live music and guest beers on tap. The guest was none other than TRVE Brewing Company, Denver’s signature heavy metal themed brewery. The two breweries were perfect for collaboration.

“We have lots of events.” Hunter said as he watched me scan the flier. “Live music and metal nights, guest bartenders and guest taps.” He looked around the room. “It can get pretty crazy in here.”

I picked up my next glass, an Atlas fan favorite. Rowdy is pushed as a hop-forward rye ale. Dark amber in color I sipped through the foamy head to get a taste of rich and robust malts. The rye and grain flavor came through next with a nice kick of hoppy bitterness. Next I went for Ponzi, Atlas’ most popular India Pale Ale. Having a taste I was hit right away with an explosion of hoppy flavor. Ponzi packs in Cascade, Centennial, Chinook, Ahtamun, and Mandarina hops. All that hop variety combined with a splash of Munich malt made for a highly drinkable IPA.

I was soon joined by another friendly face, Daniel Atlas Brew Works head brewer pulled up a stool next to me. He chatted casually with me like I was a regular and filled me in on some of Atlas Brew Works latest happenings. He explained that he’d soon be on his way over to a charity event.

Teaming up with REI and several other local businesses Atlas Brew Works was throwing in its expertise to help break ground on a brand new city bike path.

“We brewed up a beer just for the occasion.” Daniel pointed towards a cold case full of canned beer. “Its a Session IPA, we call it Rally Cry.” he added. 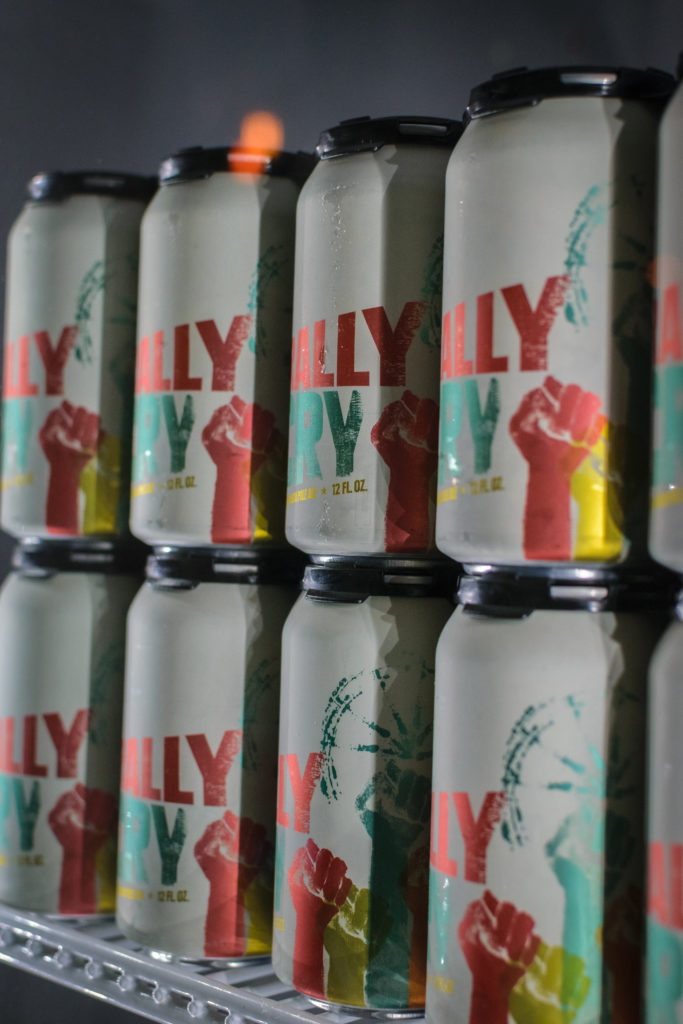 I always find it admirable when breweries get involved with their community, even more so when they encourage people to get out and be active and explore their neighborhoods. I soon found out that Atlas Brew Works commitment went even deeper.

As of 2015 Atlas has operated its brewery on 100% solar energy. The installation of a 67.5KW solar panel system on Atlas’ taproom and brewing facility roof to completely offset any need for conventional electricity, even during the brewery’s peak production hours. Justin Cox, Atlas Brew Works CEO has made great strides towards reducing the brewery’s carbon footprint and committed towards running an environmentally responsible business.

When it came time I was reluctant to leave Atlas Brew Works. A top notch variety of beer, weekly events, regular collaborations, a roomy taproom, and an unbelievably welcoming and friendly staff churning out special productions of beer just to benefit its community.

All of this run by the power of the sun.