×
You are here: Home / Hoppy Thoughts Blog / 6 Delicious Stouts to Warmup With This Winter

6 Delicious Stouts to Warmup With This Winter 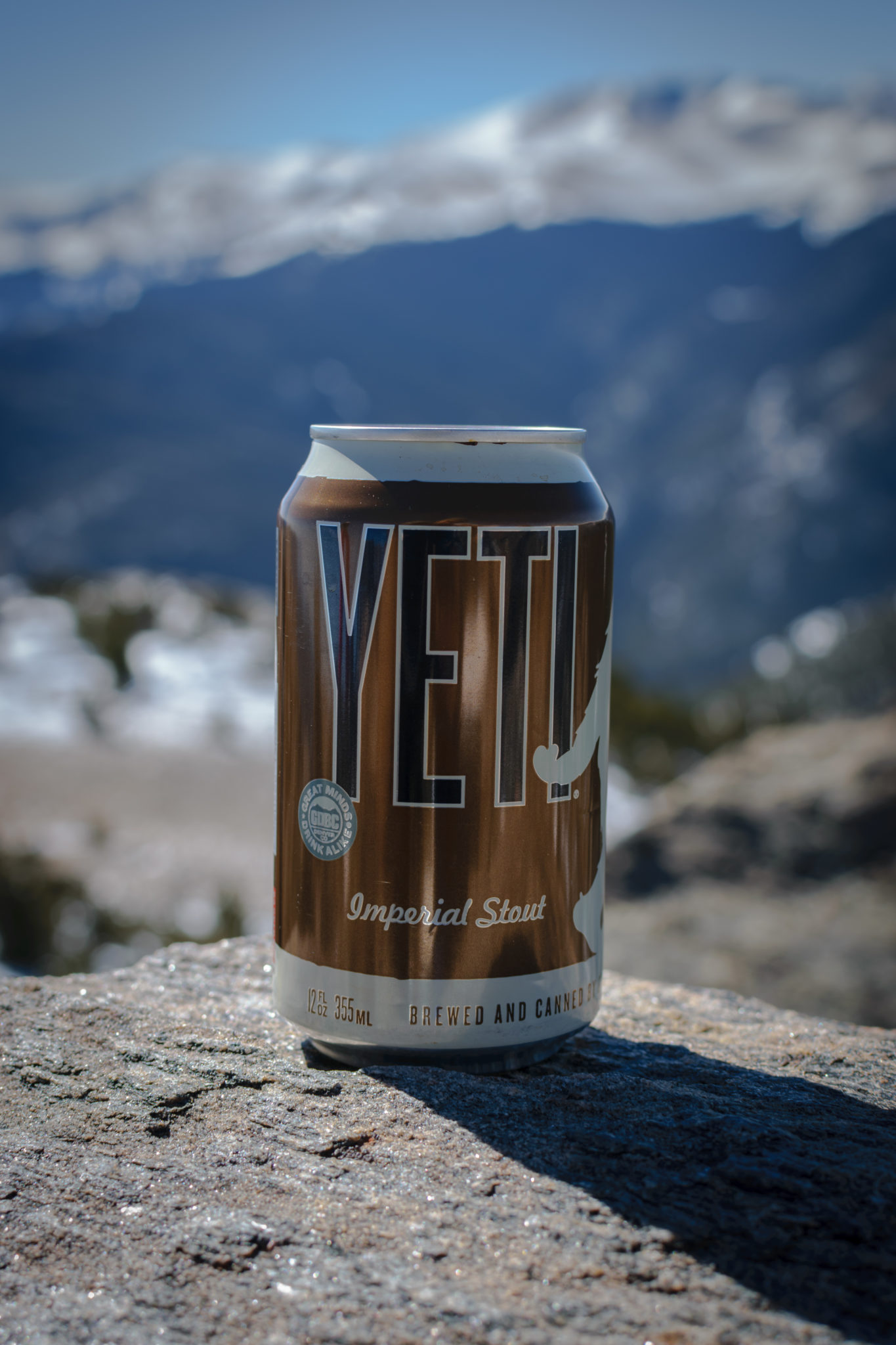 Wedged between three of the Great Lakes, the crew at Boatyard Brewing Company is no stranger to long, frigid windy winters. The cozy brewery is home to one of the most extensive lists of rotating porters and stouts I’ve seen, backed up with a thorough and ever expanding barrel aging program. Small batches keep things fresh and new and no matter when you go there is always good options on tap. Their Fair Winds Oatmeal Stout is always a solid go-to. Boatyard takes a classic pale ale recipe and adds black malts smoothed over with liberal amounts of flaked oats. Rounding out this brew even further is the addition of crystal malts and brown sugar. The result is a creamy stout with a foamy head, chock full of caramel, molasses, chocolate, and toffee flavors. The ideal stout to ride out any blizzard with. 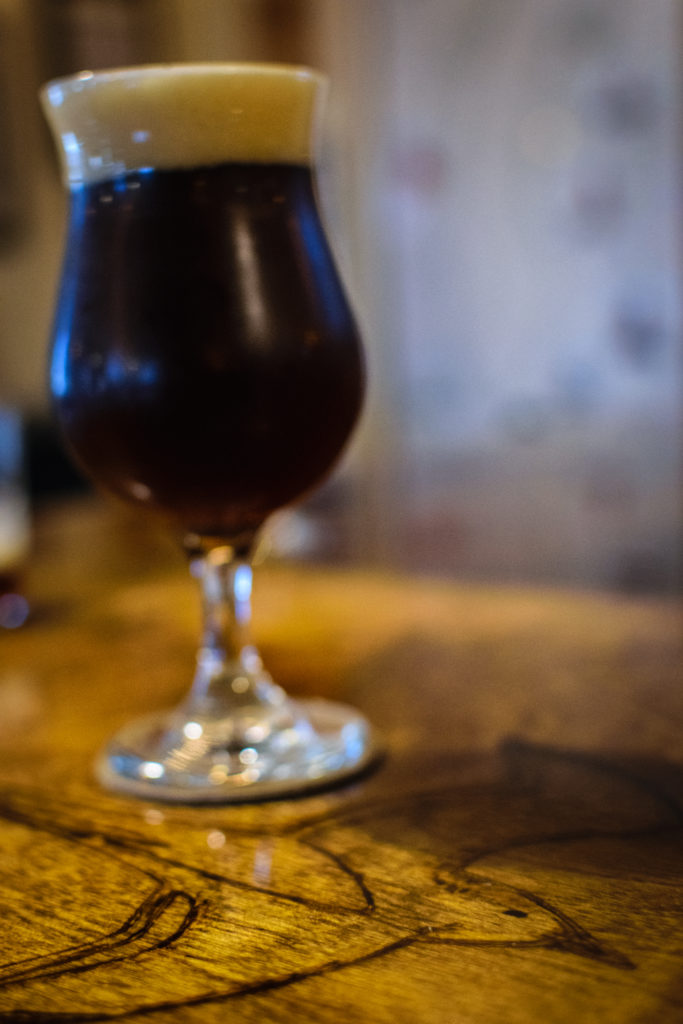 Weldwerks Brewing Co. has been the talk of the Colorado craft beer scene of late, and for good reason. A delicious lineup of hazy IPA’s and consistently creative tart and delicious sours are regular highlights on the Greeley brewery’s menu. All of these tempting options can easily overshadow the brewery’s dedicated and perfected barrel aging program. Spanish for “midnight” Medianoche is the culmination of hard work and patience. Aged for 10 months in Breckenridge bourbon barrels the brew is then transferred to another fresh barrel and aged for an additional 11 months. It is brewed with generous amounts of chocolate and crystal malts as well as flaked oats and then boiled for 12 hours. This brings forward a thick mouthfeel and highlights the oaky character from the extended barrel aging process. Weldwerks frequently runs variations of Medianoche with its version aged in rum barrels taking the silver medal at the 2017 Great American Beer Festival. No matter which version you try Medianoche is barrel aged perfection. 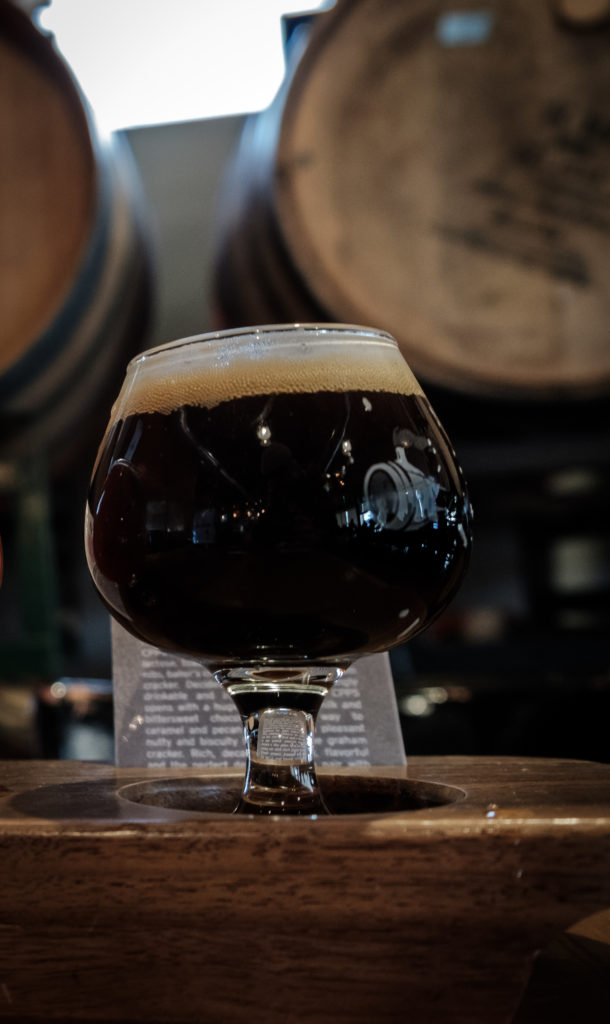 Chicago’s popular Motor Row Brewing Co. brews up a stout with one hell of a punch. Jitters is an imperial coffee stout with a liberal amount of caffeinated power. Collaborating with local coffee roasters, Passion House and local distillers Almighty Spirits each batch is combined with heaps of fresh locally sourced cold brew concentrate. With a whopping 11% alcohol content Motor Row claims this one will keep you awake but maybe not alert. Either way its a choice beer for getting snowed in with on any winter day. 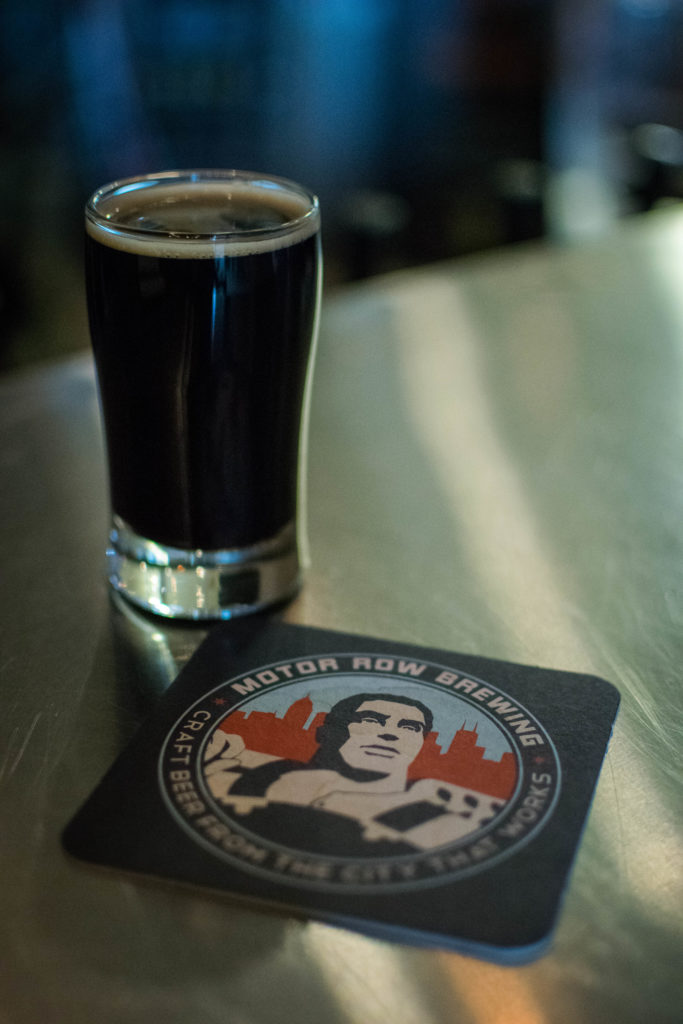 It would be impossible to talk about Colorado stouts and not mention Yeti. An award winner for over a decade this Great Divide staple has since acquired a mass fandom and has become synonymous with the notorious bipedal creature along Colorado’s Front Range. Initial roasty malt flavors give way to notes of toffee and caramel. American hops give this beer’s finish a robust and bold character with the beer coming in at a heavy 75 IBUs. For extra smoothness get Velvet Yeti on nitro and don’t miss its 2018 seasonal variations including additions such as chai tea and oak aged chocolate and vanilla. 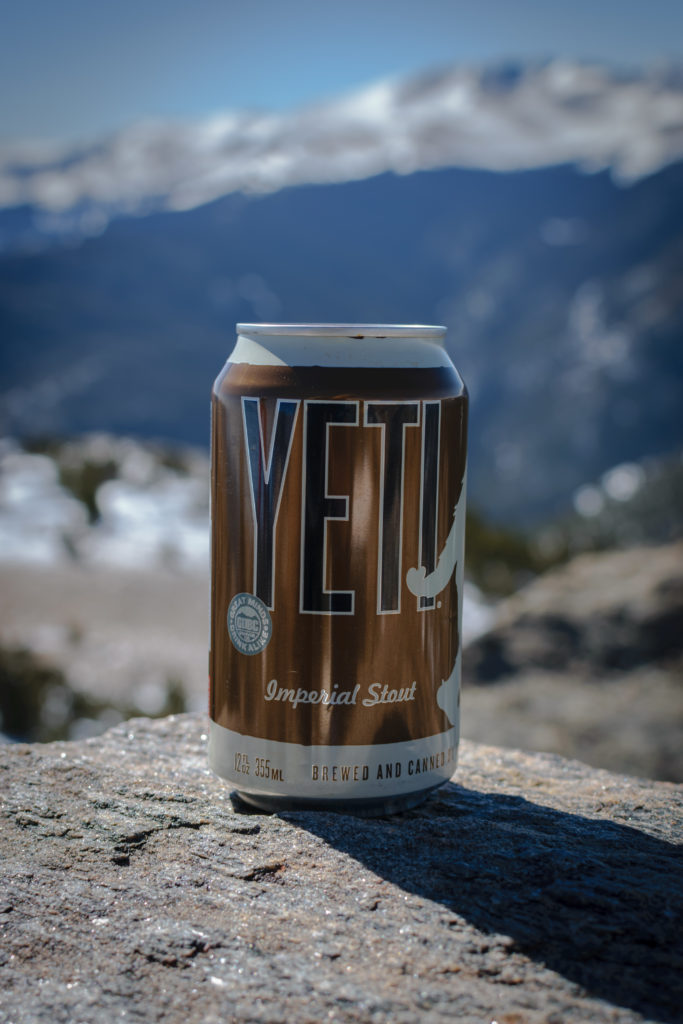 Pure Project Brewing may be located in perpetually warm and sunny San Diego but they brew up a mean stout worthy of any long cold winter’s night. Milagro is an Irish dry stout lending much of its character to Costa Rican coffee growers.  The beer is brewed with organic shade grown coffee and roasted in the town of Manuel Antonio by the brewery’s partners at Cafe Milagro. It is then mixed with fresh and organic vanilla beans straight from Madagascar. This exotic combination makes for a rich creamy stout with plenty of roasted flavor and heavy hints of dark chocolate. 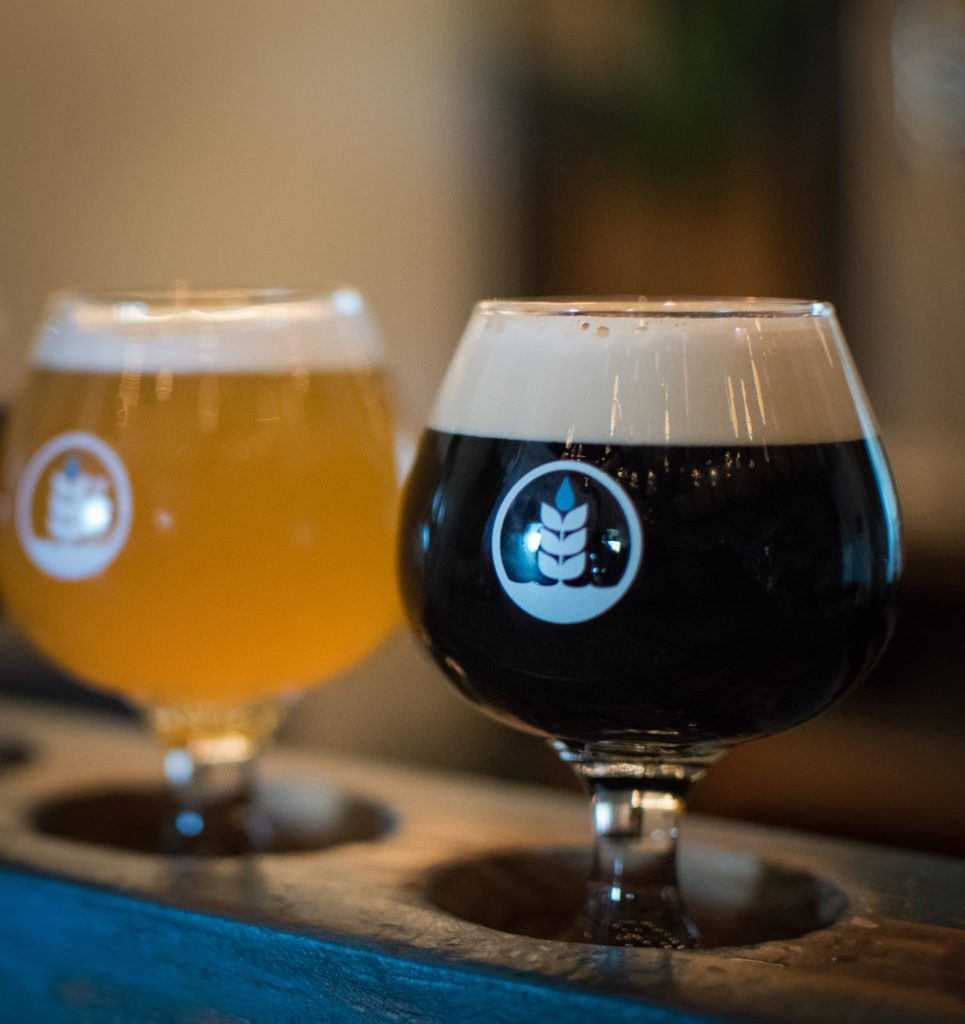 Basecamp’s whole schtick is beer and adventure. Brews for the trail, reminiscent of the great outdoors. No beer on their list embodies this spirit as well as S’more Stout. Bring the glass to your lips and you’ll get scents of chocolate, coffee, fig, and campfire smoke. Take a sip and you’ll find flavors of chocolate, rich caramel, and fruit, all with characteristic smoothness. To top it off, your glass comes complete with a toasted marshmallow right on the rim. The perfect stout for in and out of doors. 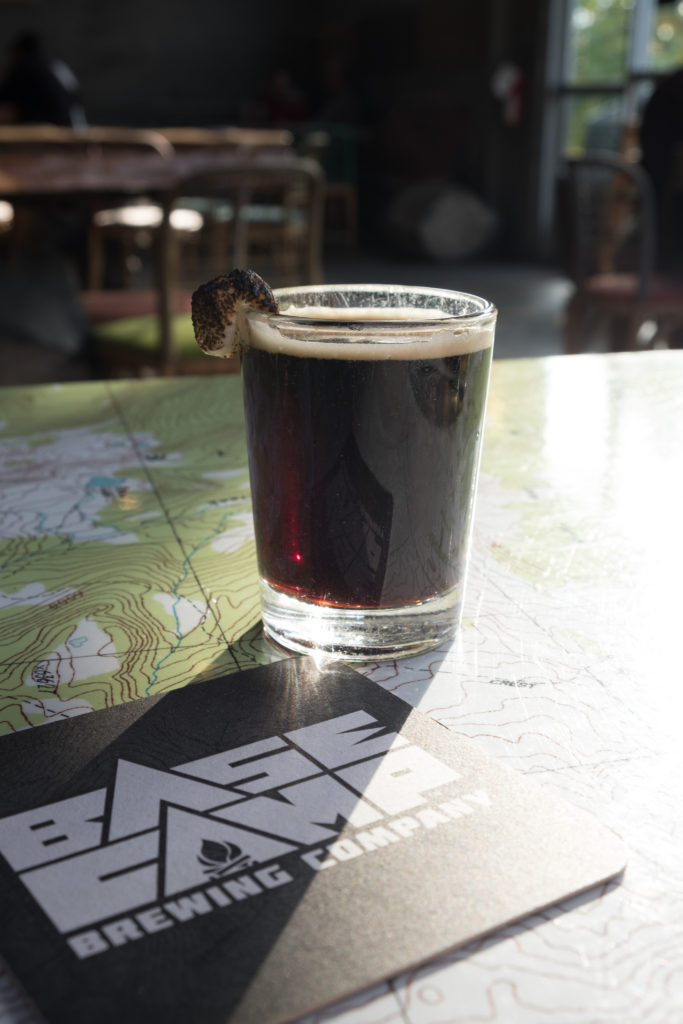