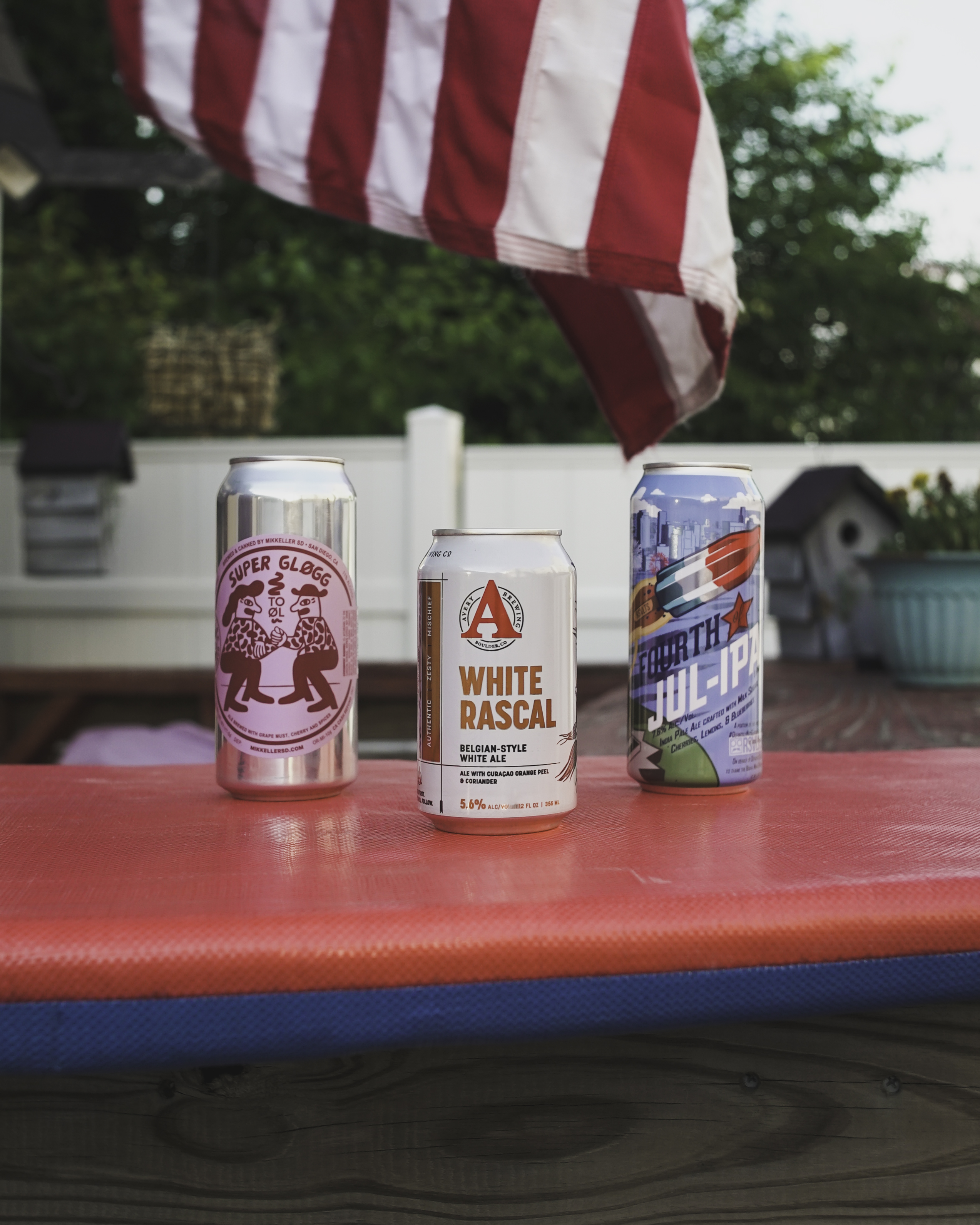 Our July 4th patriotism has always been celebrated by surrounding ourselves with good people, good barbecue and a blissfully sunny summer day.  But amongst all the hot dogs, fireworks, and cornhole we’d be remiss if there wasn’t a cooler full of some of the best craft beer we could get our hands on.  For this Independence day we’ve compiled three brews that embody the spirit of July 4th.  Hunt down all three, they’re color coordinated, red, white, and blue so you can sip each one with pride.

Denmark born, Mikkeller has since immigrated some of their brewing prowess to our fair shores and set up shot in sunny San Diego. True to what makes our country special Mikkeller has contributed to the melting pot by infusing Scandinavian culture into many of their signature brews. Super Glogg tips its hat to traditional mulled wine. A strong ale with British malt it starts with a toasty and crispy base, from there the melting pot gets amped up with Napa Valley grown Cabernet and Syrah grapes as well as cherry juice from the great state of Michigan. Spiced up with orange peel, clove, and cinnamon and fermented with Scandinavian farmhouse yeast this ale is deep and complex with a warm body. Well balanced and unique this beer combines the best of the Old and the New World. 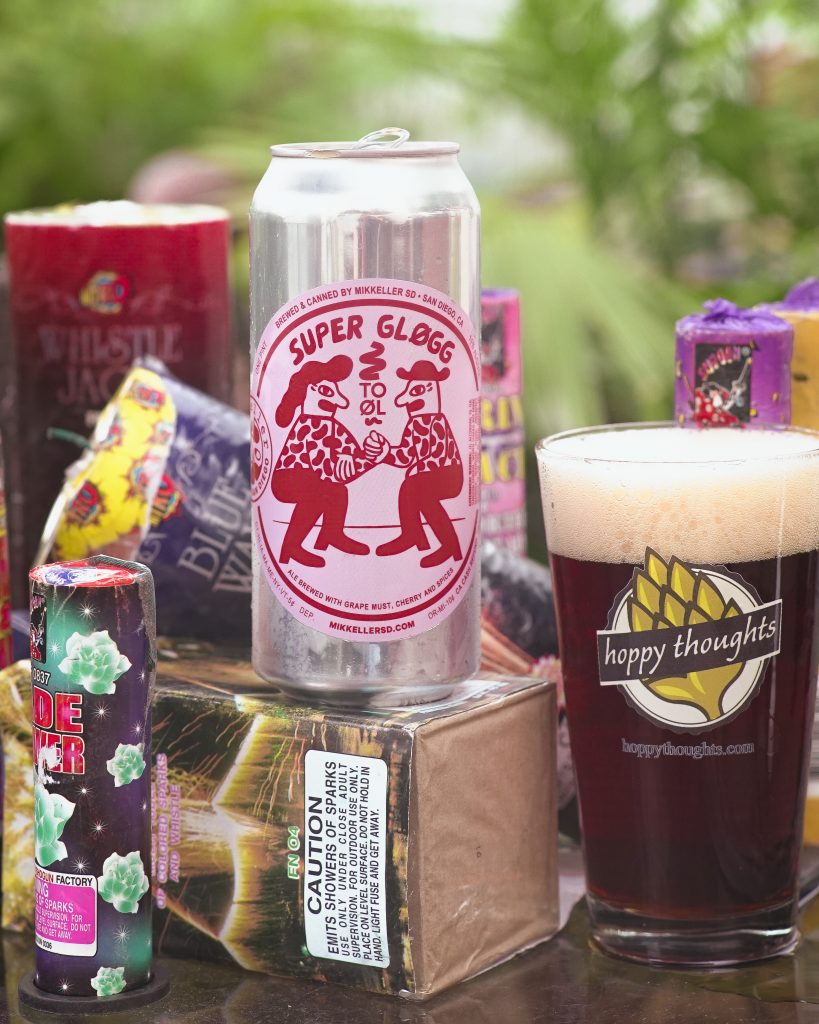 Boulder, Colorado’s Avery Brewing Company has long since churned out standout brews, unique experimentations, and creative flavor profiles. Through it all one of their signatures has always been a fan favorite. White Rascal, a Belgian style white ale remains a year round release and can be readily found across the country. Light and refreshing this unfiltered ale is chock full of spiced coriander and Curacao orange peel. Zesty and crisp and balanced out with Sterling hops it makes for the great pairing to anything you pull off the grill. 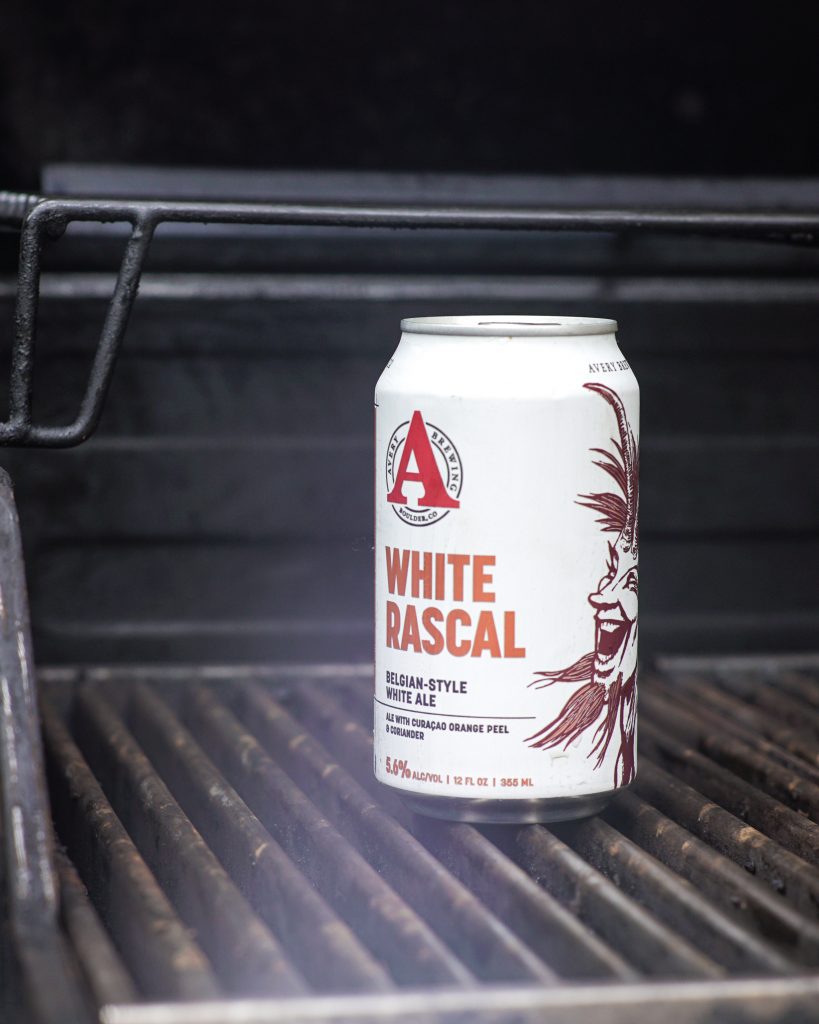 New Jersey’s Departed Soles has really ramped up their Independence Day spirit with their seasonal limited release of their Fourth of Jul-IPA. Airy and summery, Citra and Lemon Drop are dry hopped to perfection and mixed with copious amounts of fresh blueberries and cherries. More crisp and toned down than your typical IPA it is balanced and not aggressively hoppy. In honor of the holiday and our country’s service men and women Departed Soles is donating a portion of the proceeds from this well rounded brew to local veteran’s groups, including Arms 2 Artisans, who help place and train veterans into artisanal jobs. 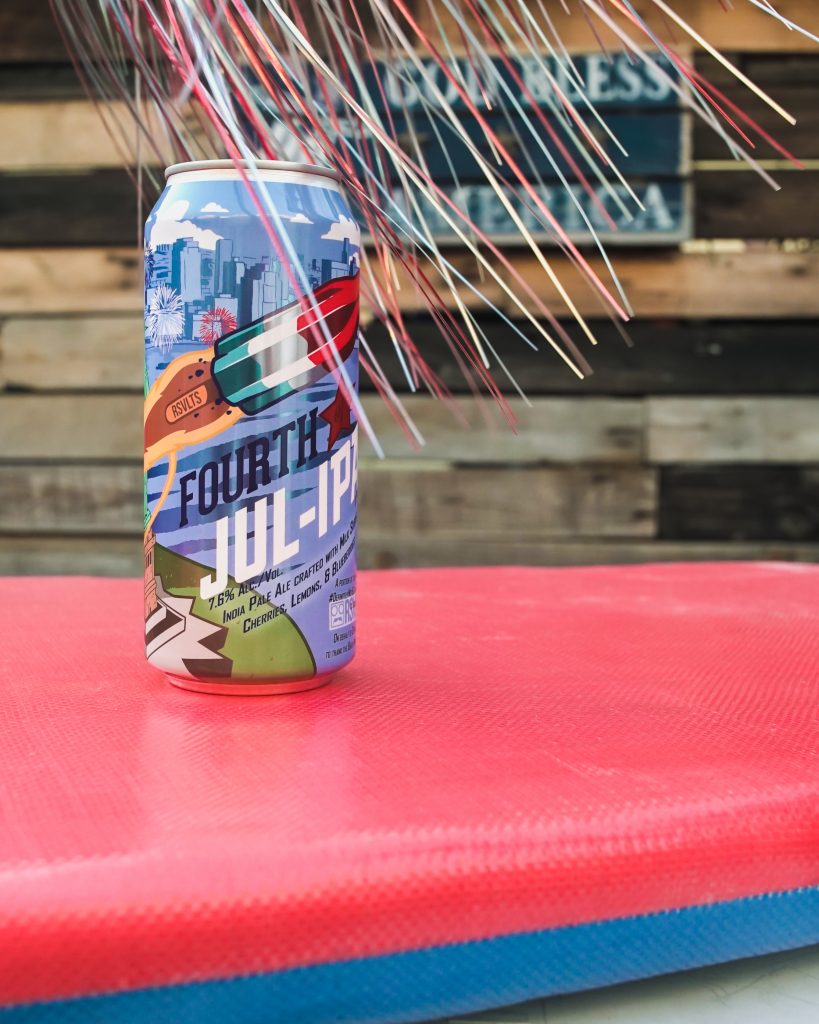