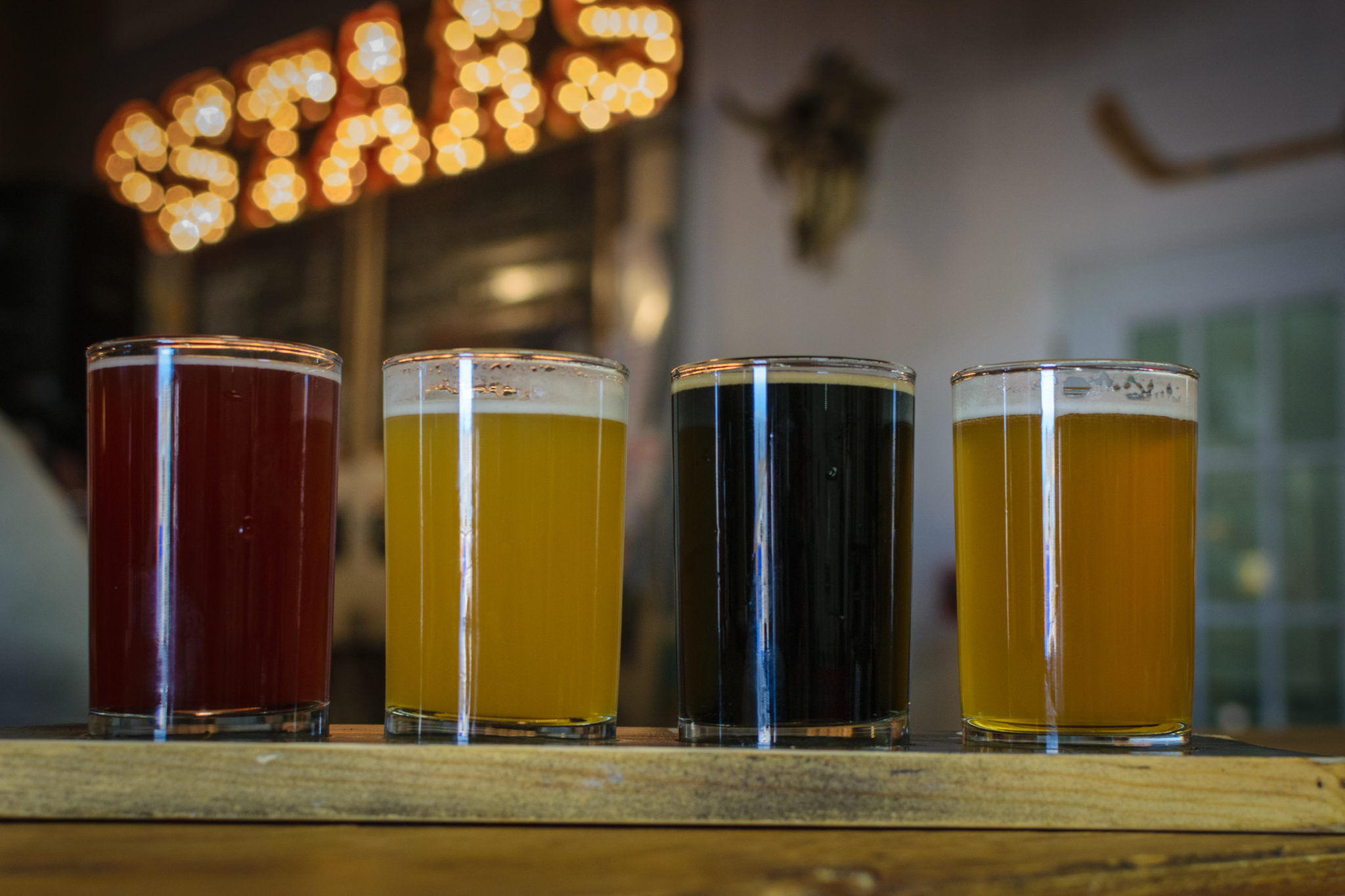 Walking up the steps towards the entrance of 3 Stars Brewing Company my expectations were high. The Washington City Paper twice named 3 Stars, DC’s Best Local Brewery. On top of this honor 3 Stars was known for its creative, forward thinking creations, particularly in the realm of barrel aged sours.

As I walked through the brewery’s threshold I passed under a sign that lovingly labeled the space as the “Urban Farmhouse.” Glancing around the taproom for the first time the title couldn’t have been more appropriate. The aesthetic could only be described as industrial warehouse meets rustic barn. A tangle of wooden beams rose high above parallel rows of air ducts, each supporting low hanging iron chandeliers. Metal ringed barrels sat at attention around the room, serving as mock tables while picnic tables occupied the main floor of the brewery. The room’s focal point hung high over a humble bar, “3 Stars” lit up the space in a brilliant multi-bulbed sign. 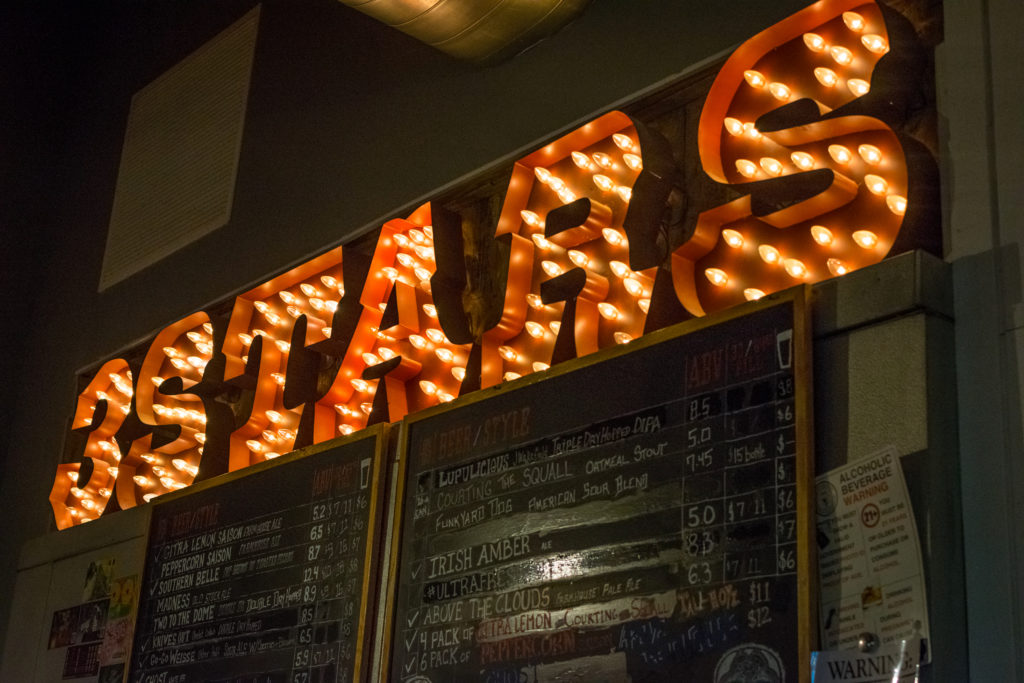 Heading up to the bar I passed groups of folk crowded around barrels enjoying a beer on their commute home from work. Business class, students, and blue collar types all sampling the latest concoctions flowing from the 3 Star taps.

“What’ll you have?” a friendly woman at the bar asked and then immediately began walking me through the menu.

Good news and bad news. Good news was I had shown up on a lucky day. 3 Stars was currently running a lineup of collaborations featuring acclaimed breweries like Brooklyn’s own Other Half Brewing Company and J. Wakefield Brewing out of Miami. Bad news was the collaborations were popular, and they were going fast.

I settled down with my flight of beer. Pulling up a stool at a counter overlooking the brewery floor. I decided to try out some of 3 Star’s core lineup first and save the collaborations for last. First up was Citra Lemon, a bright and airy summer saison. A trio of hop varieties combined with lemon peel and brief notes of citrus came to together to make a slightly tart ale perfect for a summer barbecue or a day at the beach.

Next up I reached for Ghost. Billed as 3 Star’s signature White IPA it combined Amarillo, Simcoe, and Citra Columbus hops to give the brew that initial bite of a traditional pale. Pilsner and White Wheat toned things down to make the IPA surprisingly light and refreshing. 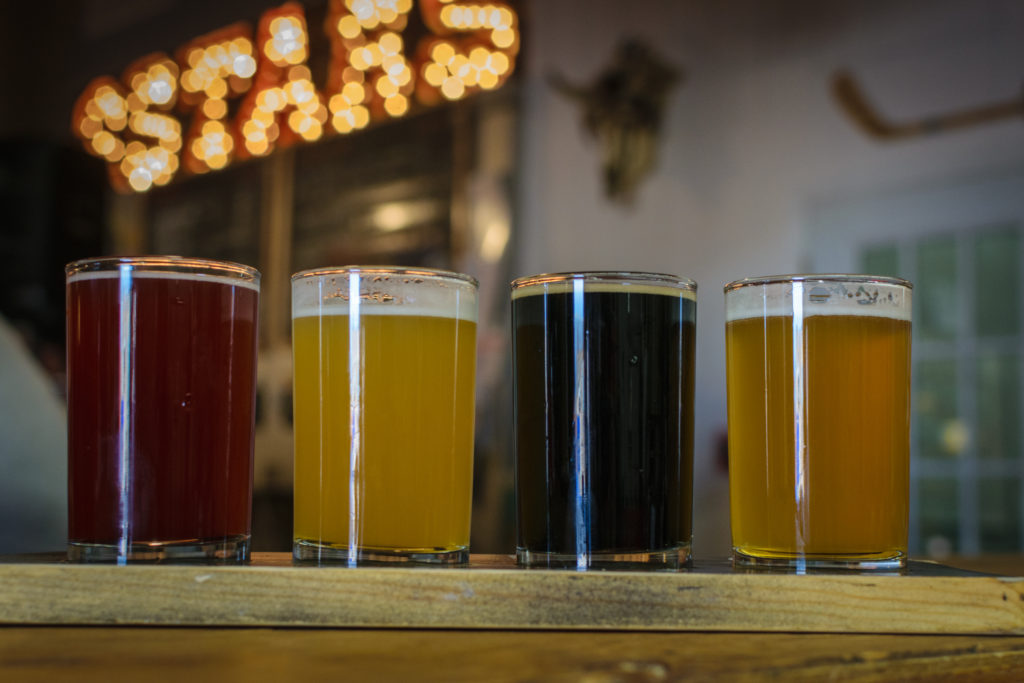 Looking out onto the brewery floor I could see a small folding table set up. A short queue line had formed in front of the table, those same commuters stopping by for their favorite 3 Star brew to take home. Rows of cans and growlers lined the table, 3 Star fans forking over cash and shuffling off to enjoy some of the signature beer at home.

“Man, it is one busy week.” Brandon Miller, 3 Stars head brewer had grabbed a stool next to me and looked out at the same crowd.

The Craft Brewer’s Conference was in town. The DC beer world was abuzz and 3 Stars was capitalizing with its lineup of fresh new collaborations.

“Which ones did you go with?” Brandon asked, checking out my flight. I filled him in on my selection.

“Good choices, we’re almost out.” he glanced down at his watch. Finishing his beer he shook my hand and took off.

Eager to dive into the rest of my flight I went for Flip the Script. Brewed in collaboration with Aslin Brewing Company out of Herndon, Virginia. A unique take on the traditional sour the initial flavor of tartness was counterbalanced by dry hopping with Azaaca and Calypso hops. The final product was a sour ale with a bold hoppy character. As someone who loves sours but is picky about hop forward beer this was the perfect hybrid.

Last up was 3 Stars Collaboration with Other Half Brewing Company. Go Go Weisse was a sour brewed in celebration of one of DC’s biggest attractions, the Cherry Blossom Festival. Deep red in color I knew what I was getting into when I took a sip. Tart yet sweet the brew was made with California ale yeast in combination with tons of sweet and sour cherries and cherry blossom. In the realm of sours 3 Stars and Other Half didn’t disappoint. 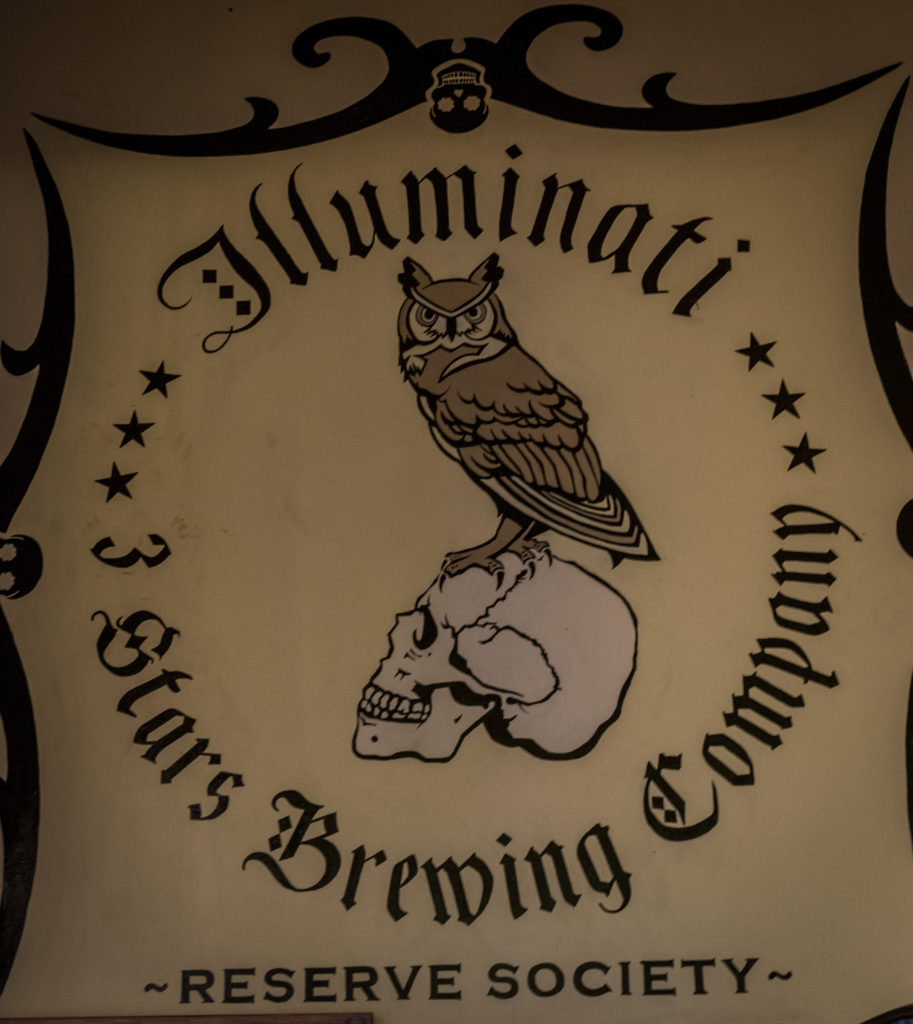 Checking my own watch I prepared to head out. Fast forwarding to when I first walked up to 3 Stars I quickly reviewed those expectations. 3 Stars Brewing Company kicked out a lineup of delicious beer, giving me my DC sour fix and rousing the masses with its collaborative arsenal of brews. All this came together smoothly in a funky atmosphere. I could see 3 Stars being named DC’s Best Local Brewery for years to come.