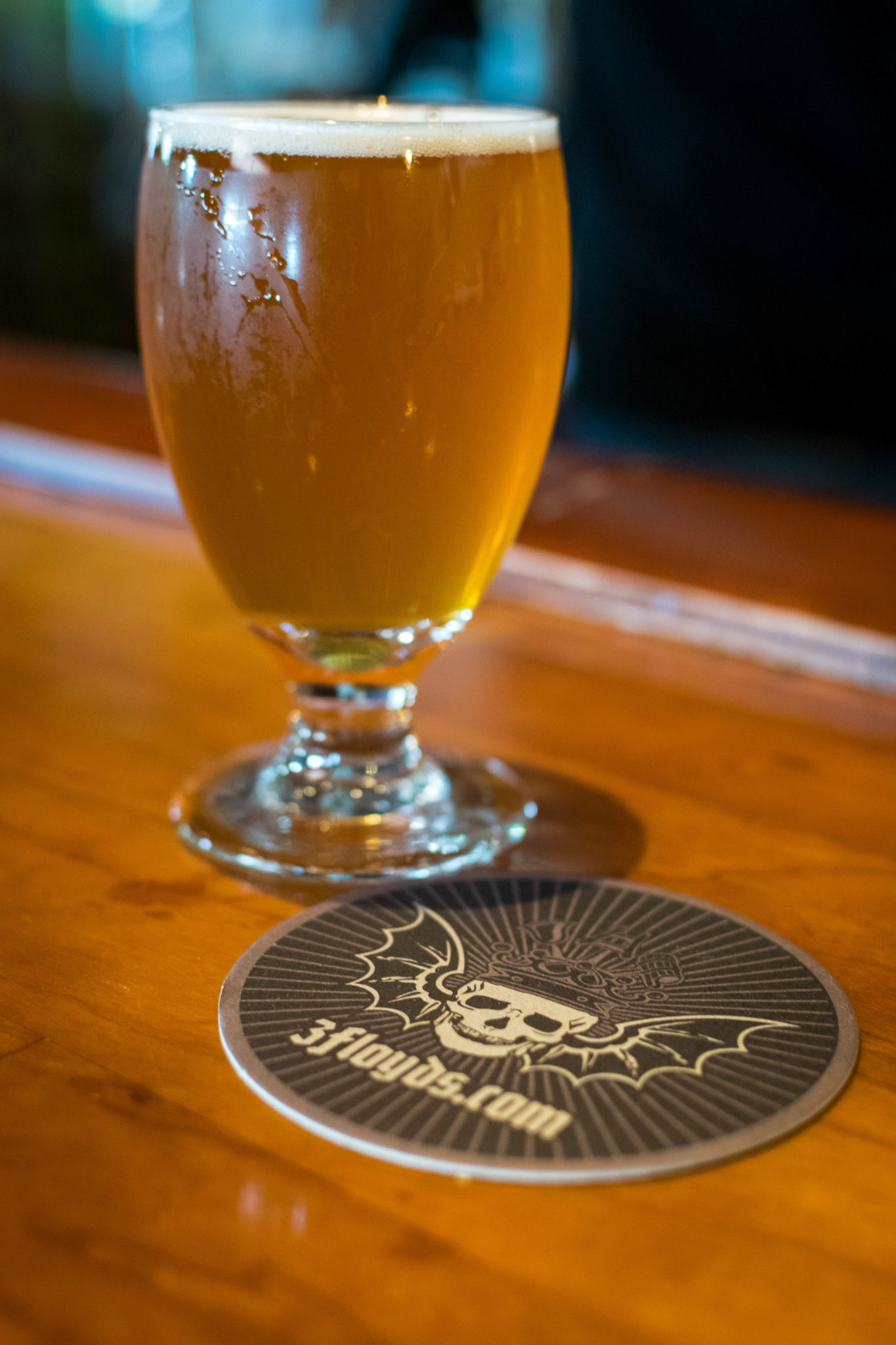 I read the welcoming sign as we passed into the little town’s municipality. If it wasn’t for my destination I’d have never known the town existed. It seemed quaint and quiet and charming but I imagine it hardly topped anyones travel destination list. Pulling into the brewery parking lot at 10:45am on a Wednesday I had expected to pass the time alone until the establishment opened. I was wrong. Cars sat scattered throughout the lot, their occupants drumming their fingers on their steering wheels, stealing frequent glances at the brewery doors.

At 3 Floyds Brewing Company this sight was common place. Despite an 11am open time people still waited to lineup for a chance to take home one of the brewery’s much sought after creations. Already I saw folks exiting their cars and queuing in front of the brewery’s specially designated door for carry out. 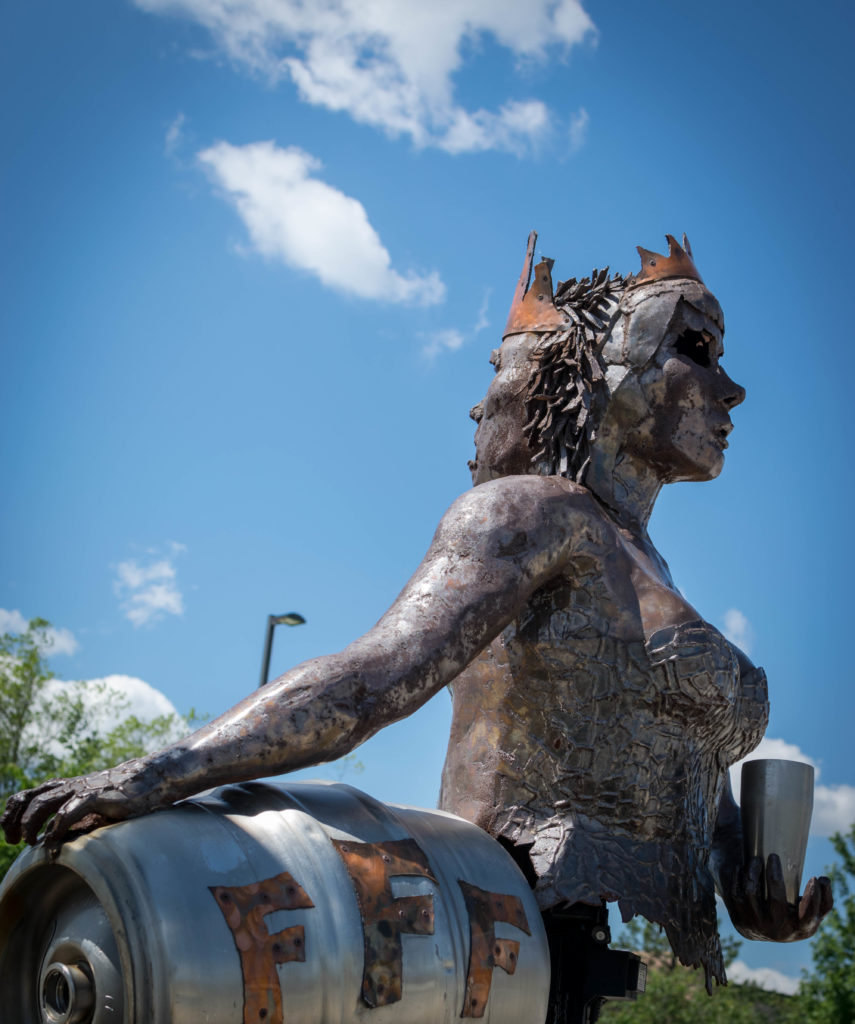 Founded in 1996 by brothers Nick and Simon Floyd and their father Mike the brewery steadily grew in popularity. Today it is a household name in craft beer with a fanatical following around the country. When a local brewery over a thousand miles away in my home town of Denver collaborates with 3 Floyds, the line extends around the block. Kegs go dry in minutes. Stores that are lucky enough to distribute their brews in the Midwest often sell out of shipments the day they get them. In this system of limited supply and demand 3 Floyds thrives.

Arguably their most popular creation is the Russian imperial stout Dark Lord. So sought after that 3 Floyds has created its own holiday centered around annual releases of the beer. Once a year in late spring craft beer fans descend on Munster for Dark Lord Day. Only those with pre-purchased tickets are permitted to attend the festival where they are granted several bottles of the rare brew along with other exclusive treats.

Like an amateur basketball player in the presence of Shaq or an aspiring actor hanging with Jack Nicholson it was hard to not feel a little awed as I entered the small taproom. As I took a seat at the small bar I took in the scene around me. An eclectic array of objects and artwork covered the shelves and walls. A vinyl record player, a tiny Yoda figurine, and antique model ship all stood out. All of this was overshadowed by colorful artistic portraits dedicated to the lineup of 3 Floyds creations. 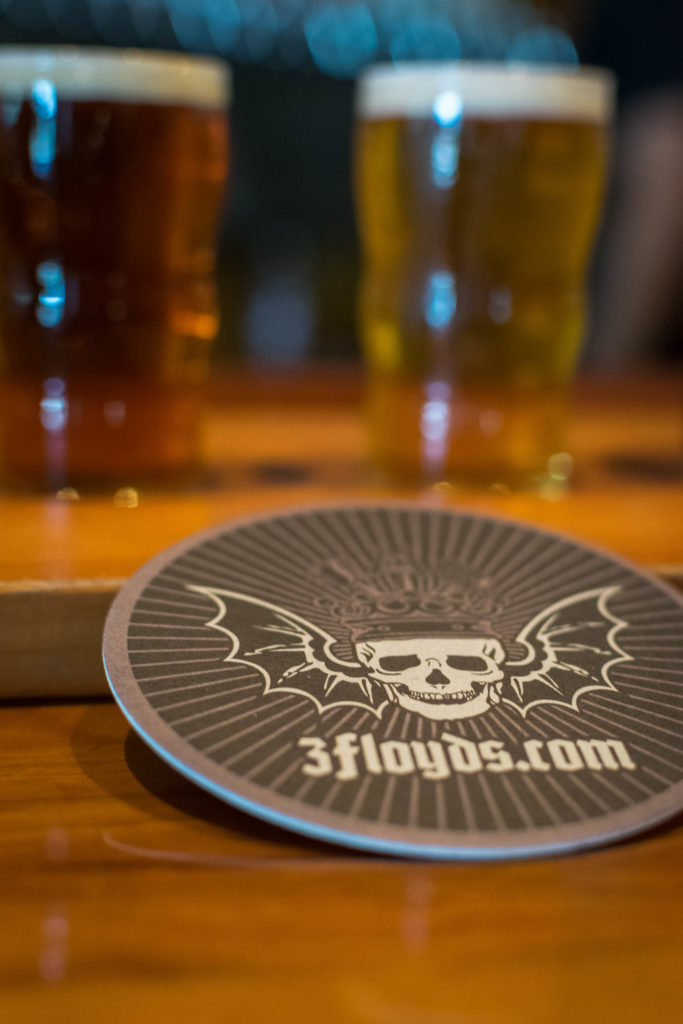 The branding of each beer is carefully designed and drawn through artistic collaborations. Each looks as if it was taken straight from the pages of a comic book or the album cover of the most hardcore metal band. Each label graced by an assortment of sword wielding robots, undead kings, white wolves, and goat headed necromancers.

When I picked up a taster of Yum Yum its named betrayed what I should expect. A rich malt backbone propped up an exceptionally juicy hop profile. A well balanced Session Ale it easily earned the right to be a 3 Floyds year-round staple. The dark hued Robert the Bruce is a fan favorite Scottish Ale. Well rounded malts collide with notes of biscuit and chocolate to make a perfectly balanced Wee Heavy.

With each beer I tasted it was becoming more and more clear that 3 Floyds had the beer brewing chops to warrant its god-like reputation. I got to chatting with Jason, my taproom host, trying to figure out the brewery’s secret.

“Well when the brewery started back in ’96 there really was no such thing as hoppy beer.” he said pulling the handle on one of the taps. “The guys really set out to change that.” he continued, filling a pint glass. “And its always been about using the best of the best ingredients.”

I reached for a glass of Alpha King eager to taste more of that quality Jason was talking about. Considered the 3 Floyds flagship beer this American Pale Ale is balanced with big hoppy and citrus flavor untoned by more subtle notes of caramel. The result was sweet, hoppy, and smooth all at the same time. The incredibly popular Zombie Dust is an intensely hoppy Pale Ale. Well balanced and citrusy it remains one of 3 Floyds best sellers. 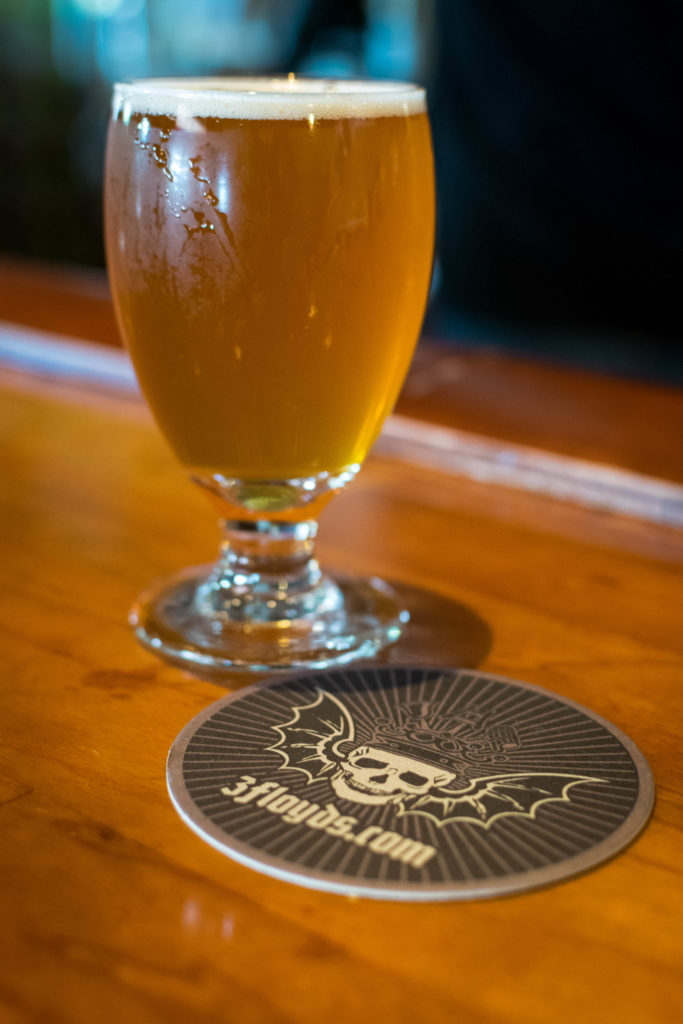 As I sat and sipped on Zombie Dust it occurred to me that at 3 Floyds the old adage of “If you build it they will come” rang truer than ever. The Floyd family set out over a decade ago to create something new and “not normal” to the best quality possible. When people flocked to their hard work they capitalized on the limited supply and hype from word-of-mouth. While they have grown steadily over the years they have remained content on honing their craft right at home in this little corner of the Midwest. I could only fantasize and wonder what it would be like if they suddenly decided to distribute countrywide.

To the outsider the town of Munster, Indiana is merely a blip on the map. A sleepy little hamlet on the border with Illinois where any passerby wouldn’t be blamed for skipping over the place altogether. To the hop head, the town of Munster is ground zero. A place sitting on an explosive bomb, poised to ignite the craft beer world at any moment.

3 Floyds is holding the fuse.